What classes should we schedule for January and February? What do YOU want to learn?

Trying to schedule January and February classes. Wondering what people want to see offered and who wants to teach what? Feel free to suggest topics that are not on this list or classes that would require external specialists. I have emails out to the ham radio club and the local woodworking club about classes they might be interested in holding.

Class Ideas:
Basics of sketchup or other 3d modeling software
Understanding 3d printing filament nuances
Using the gigabot/ultimaker/etc.
Using the laser cutter and attachments
How to desolder and Different types of soldering
CNC model design/toolpath generation/etc
Using an oscilloscope - or related electronic things
How to use a tap and die set
Using a drill press
Using a table saw and other Woodworking tools
Using the router
Using the metal band saw
Using the MIG welder
Using the metal lathe
Using pneumatic tools
Introduction to Raspberry Pi
Introduction to Arduino

Please let me know with other classes you’d like to see! And provide me with feedback - have you been satisfied with the type and frequency of classes that have been scheduled the last few months?
Thanks,
Tiffany

gigabot
ultimaker
Any of the other 3D Printers are definitely on the top of my list. I signed up for the Laser Certification for the on Eventbrite but I guess it was never actually confirmed so no one was actually present for it. I understand December is a busy month so I believe I only mentioned it to you in passing. 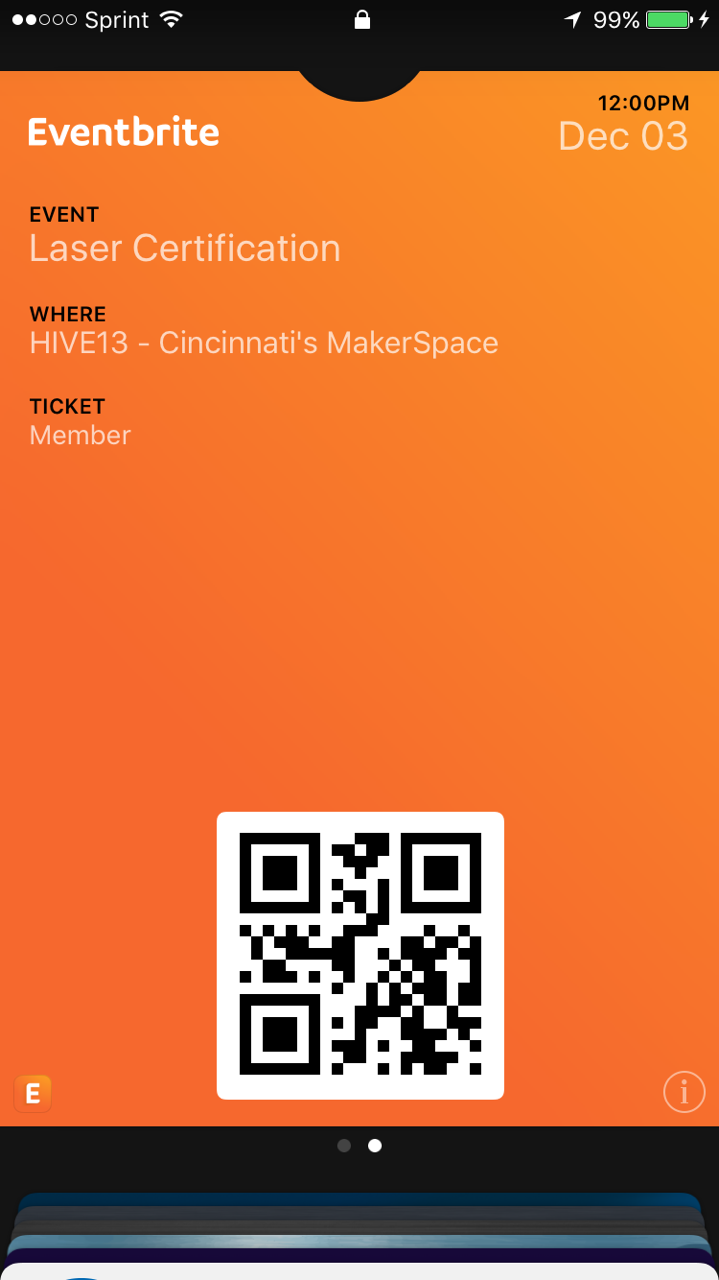 If people would like to do an intto to mig please shoot for scheduling in feb. Between shooting all the donation letters out for equipment donations and possibly having to get my gallblader taken out. January is going to be busy busy for me.

Timothy, if I remember right your the guy that was out at the Cincinnati state aviation hanger for the welding and other classes. I’m going to try and make a folding down draft “spray booth”. I do not know the status of the kiln or how reliable it is but given our lathe, mill, and welding equipment upgrades it would be great to find a cheap powder coating system. For the cost v benefit it is an amazing durable finish over just paint… any ways while we are talking about classes if powder coating is something you would like to see please mention it.

Sorry must be a different Timothy, although I have seen a fairly simple and cheap powder coating system on one of the youtubers videos that I follow. I’ll have to dig the video up and share the link.

I want to learn about computer hacking, cryptography, darknets, etc…

To follow up, we should definitely do a prison skills workshop: shiv and slock night!

Well it is a hackerspace after all lol.

Using the metal lathe
and the metal milling machine

Any of the classes on 3D printing and the laser cutter.
General orientation for both wood and metal shops. Things like what tools do we have (it doesn’t seem to be obvious since some seem to be buried) and a brief overview of their capabilities.

I’m thinking about teaching something really challenging, probably with basic and advanced sections. The course will be called Put D*mned Your Tools Away 101.

We’ll explore common misconceptions such as:

Might need to make this mandatory training, a number of people seem to struggle with these concepts.

Does someone need some Xmas cheer?

I’ve played that game. Can be both rewarding and depressing.
Kind of like Oregon Trail (you have died of distentery) . . .

In the Hive version it’s more like, “You have tripped over somebody’s project/tool/random scrap and cut yourself”.

All joking aside Tiffany, I think that I’m going to teach basic wood working as part of my monthly office hours now that I’m a warden. Topics will be posted as the whim strikes me.

Someone asked about another lathe certification class so I’ll commit to doing one in January.

I think the “using the tap and die” set was also well received so I’ll do another one of those.

It may be nice to setup a list of classes and then have people check what is wanted so we can gauge demand.

I’m down with doing a rotating warden talk, hopefully it will be more than you and I.

I’d prefer to do it during office hours to save on travel time.

If we do have a list of classes it would be nice to have general access so that anybody can make changes.

Sure, I was thinking of a Google Doc that people could vote on or put their name down as interested.
Maybe on the website?

Brad and Andrew, sounds like a great idea. I mentioned that before but seemed to have received only crickets in response. Part of warden duties are holding open hours, as you both know.

Brad - do you feel like spearheading the google doc? I’m kind of crazy busy today and tomorrow and then we have christmas. earliest I could get to it would be late next week.

Andrew, bitch all you want to about people putting tools away but there is no commonly accessible map or picture of where tools go. Unless you are the one who organized the space, it’s unlikely anyone else will be able for find jack shit without putting in a significant effort.

-Many molded plastic cases are not labelled in a form where you can tell which tool lives inside them without taking them off the shelf and opening them
-Half the sets of tools (drill bits, sockets, …) are missing pieces or have broken elements.

In short, it’s a fucking shit show. It always has been as long as I’ve been a member (years). If you want it to be better, put some thought into not just putting things away in a sane and logical manner but documenting it with labels, pictures, etc. so that others who aren’t in your head can maintain it. Until someone takes on this task, tools at the hive will continue to be a disorganized chaotic mess.

At a bare minimum, labelling shelves with blue-tape and the name of tools / supplies that go there would make a world of difference, IMHO.

And please understand - I don’t blame you at all for the state of things. It’s a culture of chaos that developed long before you became warden or voiced discontent with it. This email is more a practical suggestion for making things better.

Once the electronics area is a little less under construction, I’ve promised I will do several classes. I will still do that.
-D

I did an inventory of the hand tool shelf "shit show" a while ago. I'll commit to getting the shelf area organized at least once.

I agree labeled cases are helpful.

I have come to the hive and found the workbench looked like a pack of drunken monkeys had a party. (Well there wasn't actual poo everywhere but it was bad)

There is a middle ground between total chaos and "papers pleaze" organization.

I think catching the perp and making him/her clean up the area could be fun.

I'll swing by after Xmas and drop off the surfacing bit and organize some of the power tool area.