Alright folks.
I had a recipe picked out for Denmark; Stegt Flaesk . It looks delicious, but maybe not exciting enough. Then I remembered Smørrebrød; the delightful Danish open faced sandwich. I found this website that has a ton of varieties. However, a lot of it involves pickling or fermenting.
I know we have some people who have interest/experience in that, so I’m wondering if we want to do a Cooking the World part 1 and 2. #1 in the beginning of the month, we’d make the toppings. Most of the pickling is surprisingly quick (granted, I have no experience in it, so maybe it just seems short to me) with the few things I clicked on being ~12 hours until ready. The bread takes a week to ferment. Then we could do #2 towards the end of the month and assemble the sandwiches with our ingredients. Alternatively, we can scout out markets and good old Jungle Jim’s for imported stuff (Mom n Em might even have some of the smoked fish used in some of these) Or alternatively again, we can do the Stegt Flaesk.

So, let me know which of the following sounds the most appealing, and we’ll go with that!

Hmm… I like the Smørrebrød idea with as much DIY as we can, but the rye might have to be store-bought. I’ve done sourdough rye before, but more of the German-style. I don’t know how feasible it would be for a day-of sort of thing. If your recipe is anything like https://www.theperfectloaf.com/rye-sourdough-and-smorrebrod/ it still has several multi-hour steps even once a levain is ready.

What other things need fermented/pickled? Is it cheating if the pickled herring is store-bought from the kosher section? I’ve made gravlax before too. It’s easy - but it takes 2-3 days to cure.

My wife has weighed in that sumrggle-gurgle is the way to go for Denmark. And also recommends getting the bread. I yield to her opinions because she knows more Danes than anyone else I know.
Also, we can bring mead. because we have a lot.

Sumrggle-gurgle it is! We’ll go ahead and get store bought bread. Does anyone know of any European bakeries in the area that might have it? I can always check Jungle Jim’s too.

I recommend everyone who’s interested go to danishsandwich.com and check out the varieties they have. There are a lot, and I’d like to get a feel for what people are the most interested in, and then we’ll pick what toppings we’re gonna tackle v. buy from there.

Dave, you have to wait because I need time to organize the rest of my life haha. Halloween and Riggs’ birthday are this month!

I might still try to make rugbrød myself and bring it in. Store-bought is still probably the best option for now…

Who wants gravlax? I can cure it a few days ahead if someone else is willing to help with the fancy thin slicing once it’s ready.

Yes! Gravalax!
I'm gonna look through the varieties today and see what kinds of ingredients there are again.
If Dave still has some unclaimed liver, we could make pâtè?

I have a ceramic knife that is sharp enough to shave with. In my experience, it works really well for incredibly fine slicing delicate things like tomatoes, fish, etc. I’m willing to lend it to the cause.
-D

Thanks - might give that a try! I’ve never used ceramic knives before. When I’ve made gravlax in the past, the knife would begin to cut through it fine but the fish would then stick to the blade just enough to make things difficult - so it didn’t seem to be a sharpness issue. I may try to trick of freezing the gravlax a little bit first.

We used to have a ceramic knife! then it snapped in half one day, and I was really bummed. I meant to replace it but forgot

Re: knife. I thought the issue was getting a sharp enough blade to cut cleanly without tearing the delicate fish. Perhaps a tad of oil on the blade as a release? If you still want the knife, lmk.
-D

Will do. From what I remember, since the salmon’s just cured and not cooked, it’s not particularly delicate. I think the issue is similar to something like carpaccio in which it is an annoying combination of squishy and sticky - hence the common trick of freezing it just enough to firm it up.

Will anyone have fresh dill on hand in time for this?

I don’t have dill, but Madison’s at Findlay Market (my favorite place haha) has a large variety of fresh herbs year-round.

One of the recipes I just saw was tongue salad! Dave, we might be able to put some of that offal to use haha

Forgot to link it.

This site is fun 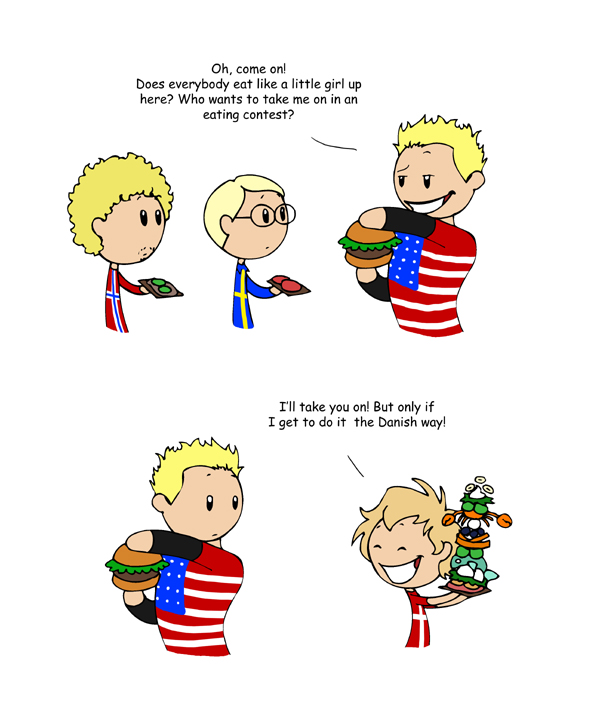 Alright all,
I’m currently working on putting a spreadsheet together of popular Smørrebrød varieties, with what is included on them and how long it would take. We could discuss which ones we wanted to go ahead with.

Option 1) Get together October 13th to group create things and get them curing/setting/etc. Kevin wants to make the original dish I had picked out, so I was thinking he could do that while we get our pickling and whatnot going. Then, on October 27th, we get together and assemble Smørrebrød and proceed as usual. My concern is this would be the day after Made in Camp and I didn’t know if people would be burnt out.

The reason I singled out the gravlax is because it has a limited shelf life (at least, the recipes I’ve seen). It cures for a few days, and then it is good for a few days past that. I had figured that all of the other pickled/cured/fermented things were good for much longer. Are there any other things that won’t last for 2 weeks if we start them 10/13?

So it looks like most of the things that I was seeing were recommended to sit (pickle? cure? I dunno. Chill in a jar doing its thing) at least 2 weeks. They froze the recipe on the site I was looking at. I’ve never made it before, so I dunno if that’s how it normally goes.

I should mention, I’m definitely not proposing we make all of these, just wondering which ones people would be interested in making