September’s cooking the world will be Sunday, September 29th at 11 am. I’d like to have a headcount by Thursday, September 26th so that I know if any of the recipes need to be doubled. For those who are unfamiliar with the event, welcome! Each month, I pick a country’s national dish off of Wikipedia’s national dish list. Anyone interested can volunteer to grab ingredients that are needed (listed at the end of this). Then, we get together, and cook the dish! It’s a really good time, a great excuse to eat good food, learn about other cultures, and show off your cooking skills!

This month we’re doing my home country; Canada! You might be thinking, Canada? How much different can their food be from ours? It’s true, Canadian food uses a lot of the same ingredients that are found in a lot of American food, but we have some gems. We’re actually going to be doing two dishes! AND it’s our first country that drinks alcohol! Canada is very exciting.

So! Foodwise; we’re going to be cooking Tourtiere! It’s a meat pie from the province of Quebec. It’s fairly simple, however it requires a homemade crust. Which, also is fairly easy. However, if we’re feeling overwhelmed, I’m willing to fold and get store-bought crust, just know that I’ll pout about it.

The tourtiere has to cook for at least an hour, and honestly, it doesn’t feel right to do Canada without bringing up poutine. So we’re gonna make some of that too. Poutine is delicious, and simple! It’s a classic combination of French fries, cheese curds, and brown gravy. The cheese curds are crucial. I’ve seen many restaurants boast about their “poutine”, and have been given fancy cheese fries. Throw pork on it, throw butter chicken on it, hell, throw a pierogi on it! As long as there are cheese curds and fries, it’s poutine. Anyways, I figure while we’re waiting for the tourtiere to cook, we can have a halftime snack of poutine! I don’t have an actual recipe for this, just because it’s so simple.

Let’s talk drinks! Turns out, Canada has at some point declared the Caesar to be their national drink. They’re essentially the funkier cousin of the Bloody Mary. Instead of simply using tomato juice, you use clamato juice. Which, is just basically tomato juice, but with spices and clam juice! Yeah. I know. It sounds awful, but don’t knock it til you try it. I like them, but my husband does not, so he brought up having Canadian Whiskey. Normally I’d say “No! It’s the National Drink! We have to try it!” but, I also like Canadian whiskey. So we’ll probably have both! In terms of non-alcoholic drinks, I’m hoping to get some crush cream soda, because it’s one of the few sodas I drank in my childhood.

Below are the needed ingredients & recipe breakdown (NOTE The Tourtiere recipe makes 10 servings. Again, please RSVP by Thursday, September 26th so that we can adjust accordingly if needed) anything that is listed in the recipe but isn’t listed below I already have on hand and will bring. I’ll also provide all the poutine ingredients. Hope to see you there!

Kim and I will be there, most likely decked out in maple leaf attire.

Speaking of ‘Cooking the Word: Canada’, does anyone know what happened to the Canadian flag that was hanging in the Hive? Last time I was there I noticed it was no longer there.

A former member took it upon themselves to remove it because it wasn’t “America First™” enough for him… I think we should put it back up, I liked it.

We should get one and hang it up for each country we cook!

I’ve been to Canada at least 50 times in my life and am excited to culinarily honor them. I will positively be there. I believe my parents are in Canada right now and may be willing to bring cheese curds back with them. They might need to be frozen to make it to Sept 29th but I doubt if it would be the first time something from Canada was frozen. AND REAL CANADIAN CHEESE CURDS FOR OUR POUTINE???

I second the motion to get the Canadian flag out again! Canada First!

Does Trader Joe’s have a Canadian section? 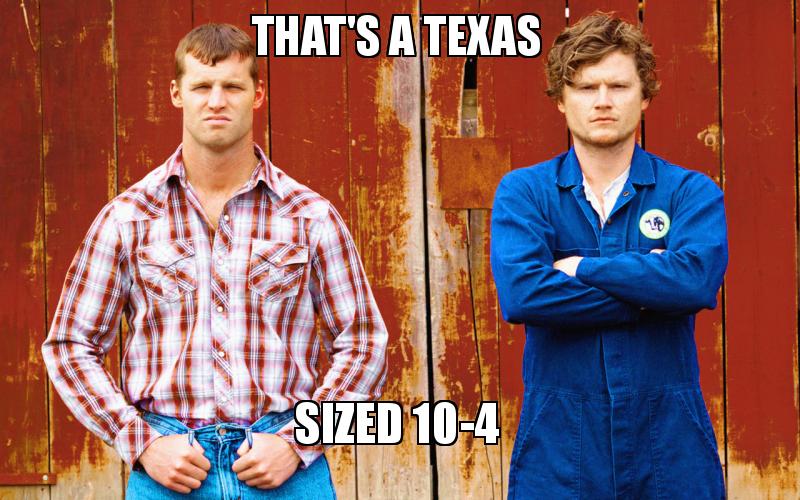 Lexi and I both intend to come for this!

Kim is headed to Brantford this weekend to visit her parents. Is there anything she can grab while she’s North of the Border™ that we can store or put on ice for this event?

I can’t think of anything (legal) off hand

Oh hey! I know where that is!

If she wants to grab some Crush cream soda, so that I don’t have to order it from Amazon, I can reimburse her. I think we can get everything else state side.

Hi all!
Cooking the World is this coming Sunday!!
Hopefully, we’ll be able to get the stove’s problem figured out before then. I’m going to be optimistic and say that we will.
So far I have the following people attending:
3 McLukawieckis (Kevin McLeod, Kayla Lukawiecki, Rigby McLeod)
2 Kirkmans (Drew & Kim)
2 Sebrens (Jacob & Lexi)
1 Schwinn (Dave, are you bringing any of your lovely family?)
and a partridge in a pear tree.

So far we’re at 8 people. I’m leaning towards thinking that we might need to go ahead and double the recipe. Bring tupperware! Take leftovers home!

Below are the ingredients we’ll need. Anything not claimed by Saturday morning, I will get when I do our usual shopping.

I will certainly be coming. Kate is off of work Sunday and says she may be coming.

Regarding ingredients, I will sign up for some stuff. I don’t think we have any rendered at the moment but I will do everything I can to render some lard if it means that we wont use icky vegetable shortening.

Just a reminder that these ingredients are still needed:

It’s alright if you can’t bring anything, but it definitely makes it easier if multiple people contribute. So far Dave Schwinn and I are bringing stuff. (There are additional ingredients that I just already have at home that I didn’t include on the list)

There was some mention somewhere of doubling the recipe. Do i need to plan for that or is that accounted for in the document?