We have such sights to show you

There was a puzzle box at the hive yesterday. I’d love to know to whom it belongs.
tif 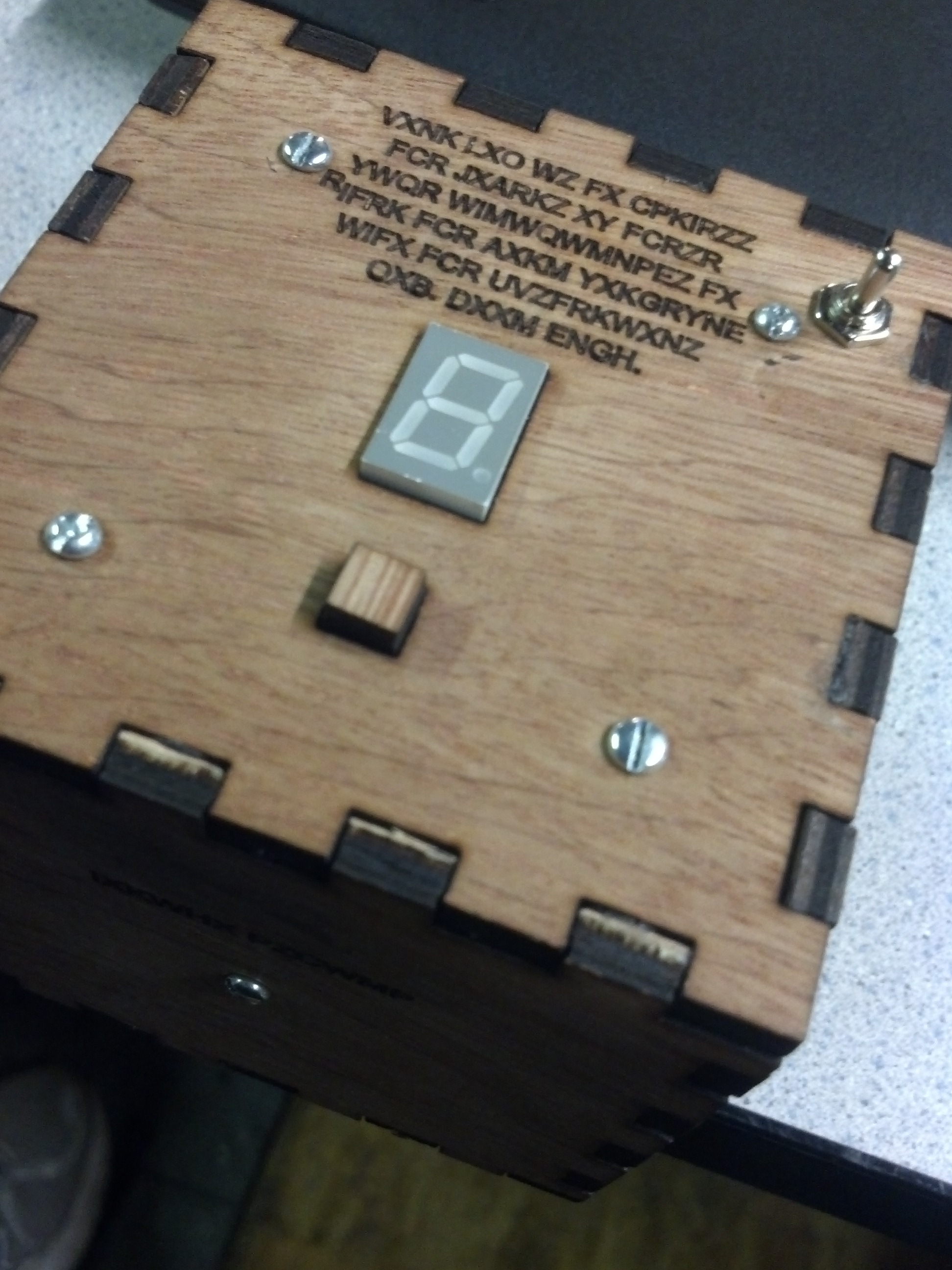 I believe that belongs to Marcus.

Amber was asking about the puzzle box tonight, as well…

Yup, that is mine, the semi-secret project I’ve been working on since I joined the hive. It was one of 75 puzzles that made up the 2013 DC version of “the game” treasure/puzzle hunt. http://en.wikipedia.org/wiki/The_Game_%28treasure_hunt%29.

24 teams spent the weekend wandering around DC visiting various places where volunteers would hand out puzzles, the answers to which they would input into a program running on a laptop, which would then tell them where to go for the next puzzle. The program would also give them hints and if they took too long to answer, and would skip a few puzzles when telling them the next one to go to. Each of the teams had a van they would tool around in. The whole thing was a MASSIVE event which the box was just one (fairly big from the reaction it got from the puzzlers) part of.

Anyway, I left it at the hive for a few weeks because hive members have expressed an interest in solving it, and a few have. Assuming the batteries haven’t fallen out or worn down (I haven’t done any battery lifetime tests,beyond insuring it works for the few hours needed), you can do something to it to make it spit out the code word/phrase. You will know when you have succeeded.

Unless of course its been broken (I won’t be upset if it has) without me or one of the other judges watching. The entire event I spent either fixing damaged ones, or preventing teams from setting theirs on fire. The first team did. So I will say the same thing I said to all the teams that came after them, you do not need to apply flame to it.