We are looking to take the laptops that have come in and replace the various machines throughout the space. There are no drives in the laptops, so we will need to purchase those. I’m proposing a budget of $400 to get drives for a total of 10 machines, then we hold onto a few additional ones as hardware backups that won’t need drives.

$30 seems to be the sweet spot for cheap/still useful drives. Depending on when the order would happen it would either be 240GB Crucial/SanDisk/Kingston drives as they all take turns being $30 instead of $40.

These 10 machines will be used for a combination of replacing existing machines (Lasers & CNC etc.), new machines (Shapoko & Roland etc.), and a few general use laptops.

Are you proposing spinning platters as opposed to solid state?

Sorry yes, they are SSD’s

I don’t think those 3 companies ever made spinning rust drives. That is more of a trivia bit rather than something people were expected to know from the original vote information.

Has anybody thought about OS? We might need to purchase an operating system license depending on what is going to run on the machine.

I forgot to bring the 512Gb drive I have to donate. I promise I will drop it off this week. I might even have a few more - I’ll dbl check. I think I have a couple more 128gb.
-D

OEM Windows 10 keys can be had for less than $5 per copy from ebay and other sites. If the laptops had windows 10 on them previously, they may have keys stored in the EUFI

They should all have the key burr in them, and they have the COA sticker on them. Or at least the ones I looked at did.

Just make sure that won't cause issues with licensing for the company. They do not wish to be contacted or bothered about these laptops.

Also I vote yes. Won't be at meeting as I'm sure you will appreciate me not passing my cold along.

I have one 512Gb, one 250Gb and one 128Gb that I will be dropping off either tonight or tomorrow during the day.
-D

And FYI, “modern” thinkpads store their windows key in the bios. It’s linked to the machine, not the purchaser as an OEM key.
-D

Just a quick reminder on the budget votes. If a vote passes, it means we can spend up to the budgeted amount, but don’t HAVE to spend that amount. So if this vote were to pass, and we get a donation of 8 usable drives, then we only spend money on the final two.

They’re sitting on the pile of laptops.
Dave 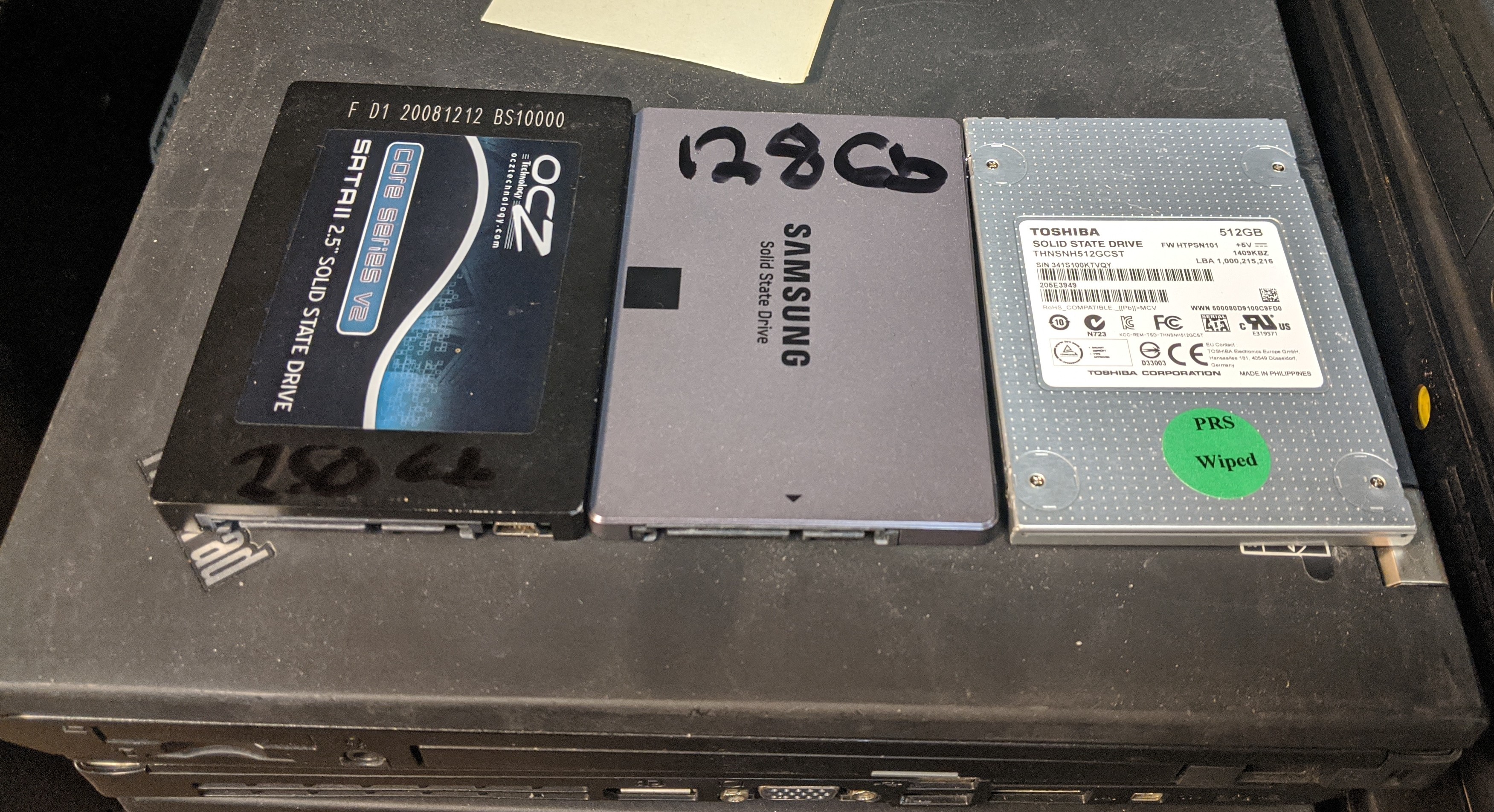