Visual Purgatory, coming next month to a hackerspace near you!

At the board meeting tonight, we decided it was totally impractical to expect people to label shit with a date before throwing it on the purgatory shelves. It’s hard enough to get people to clean up let alone be organized and put in the extra effort of labeling. Just junking stuff rubbed some people the wrong way so instead, we have a new game called VISUAL PURGATORY.

It is documented on the Wiki now:
http://wiki.hive13.org/view/Purgatory

Without further ado, check the picture attached to this message for the Purgatory items available for purging next month!

p.s. If you don’t like Visual Purgatory, suggest something better! 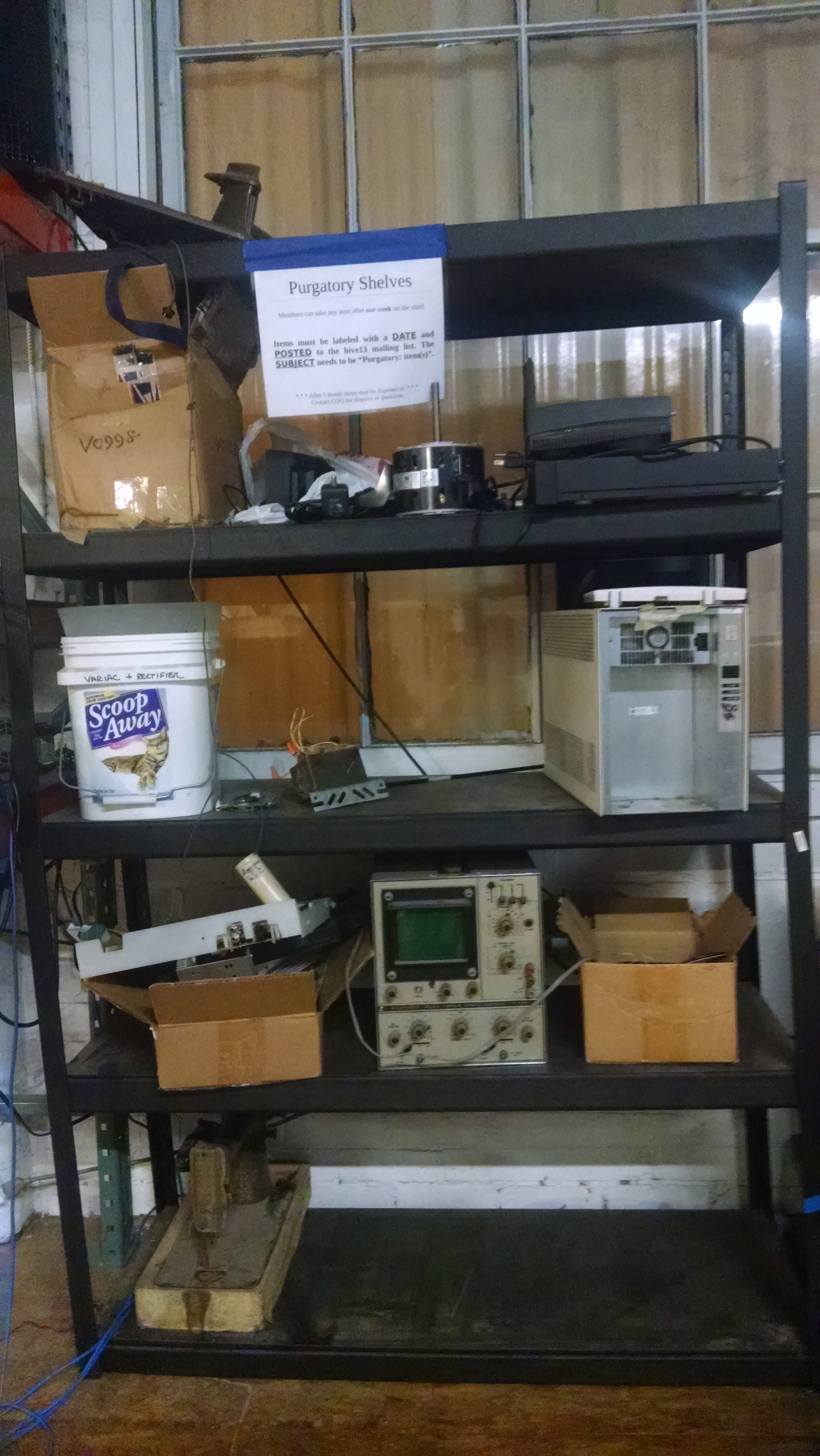