Virtual Reality Sunday at the Hive

I’ve mentioned this to a couple of people already, but I’ve been wanting to bring my VR toys to Hive for people to play around with. I should (fingers crossed) be receiving my new Vive headset later today. I could show VR programs I’ve built as well as a bunch of other games & experiences. Despite what people first think, VR is most fun when played with a group.

Is this something people would be interested in? I was thinking about doing it this Sunday afternoon.

And for those who are unaware, here’s a good video of what VR is like: https://youtu.be/qYfNzhLXYGc?t=49s

Terrific!! I am planning on the list to purchase a Vive for my collaborative course with UC, Cincy Libraries, and Hive13. It would be great if you came on Saturday while I have my EEG equipment there. In the CAP lab, we are using a combo of VR, Motion capture, and biometrics to study perception. They relate well. I could bring a simulation which is compatible.

I already have a VR capable machine at Hive13 I set up. It has an Nvidia 970, and all the specs recommended by Vive and Occulus. FYI.

That sounds super fun! I would be down for giving this a go.

Lorin,
Sounds cool! I'll be up on campus giving talks at Revolution UC, the university hackathon, in the early afternoon but if I finish there early enough, I'll stop down with my headset.

And can confirm my Vive arrived and it's super cool.
-Tom

I have an unused green-screen room at UC which I plan to turn into an AR / VR experimentation space over the next year… Hive members welcome, of course. I’m planing on ordering the headsets this next week.

Tom,
I’m out of town this weekend or I would be there. I hope you do this again soon.

Thanks Tom, that was awesome. Read my wife’s mind and played Agro-virtual cubical mayhem game in VR. All in one day?!?!!

I’m ordering a Vive on Monday. Might get two

However, don’t drive to hard immediately after playing that thing, FYI.

Yeah, thanks to everyone who checked it out, it was fun! Dustin got some good video of it, especially the hectic Space Pirate Trainer.
I'm a bit worn out from all the demos so I won't bring it in again today, but I'll definitely plan another time to bring it back to Hive in the future if you missed it. That time I can show a bit more of the programs I've built for VR.

Oh yeah, forgot to dump some pictures and videos for you guys. The video’s are located on the youtube. 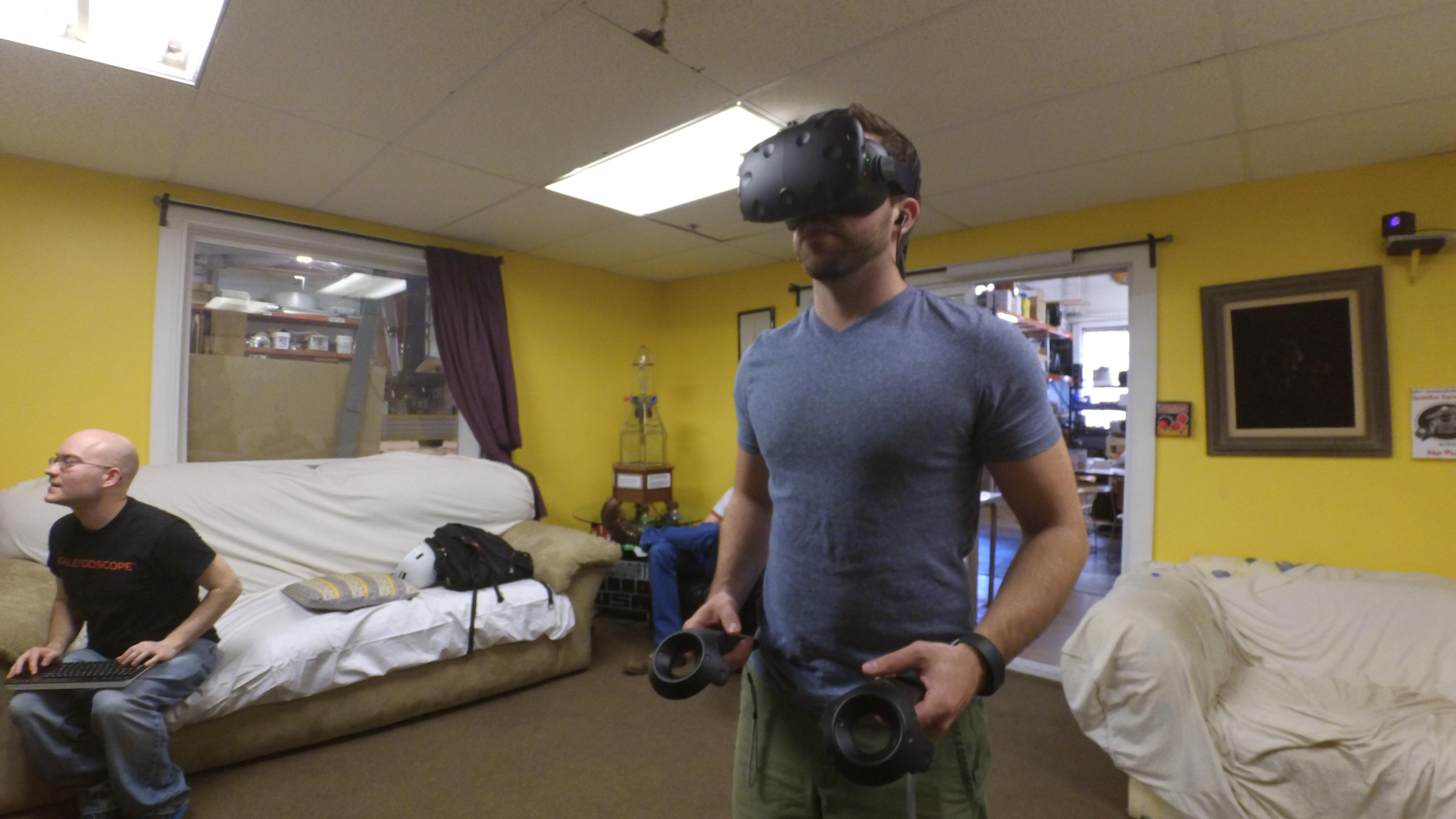 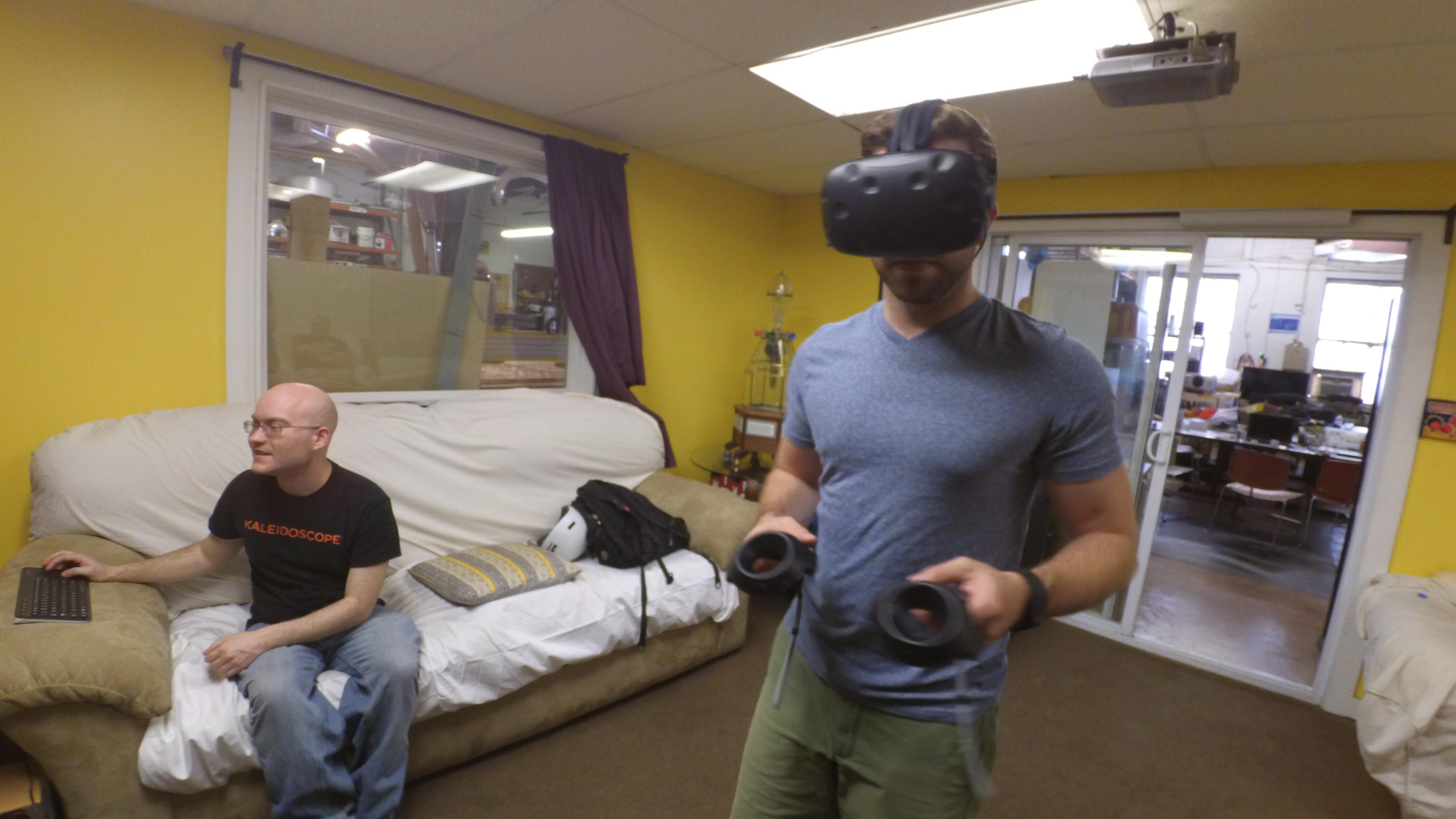 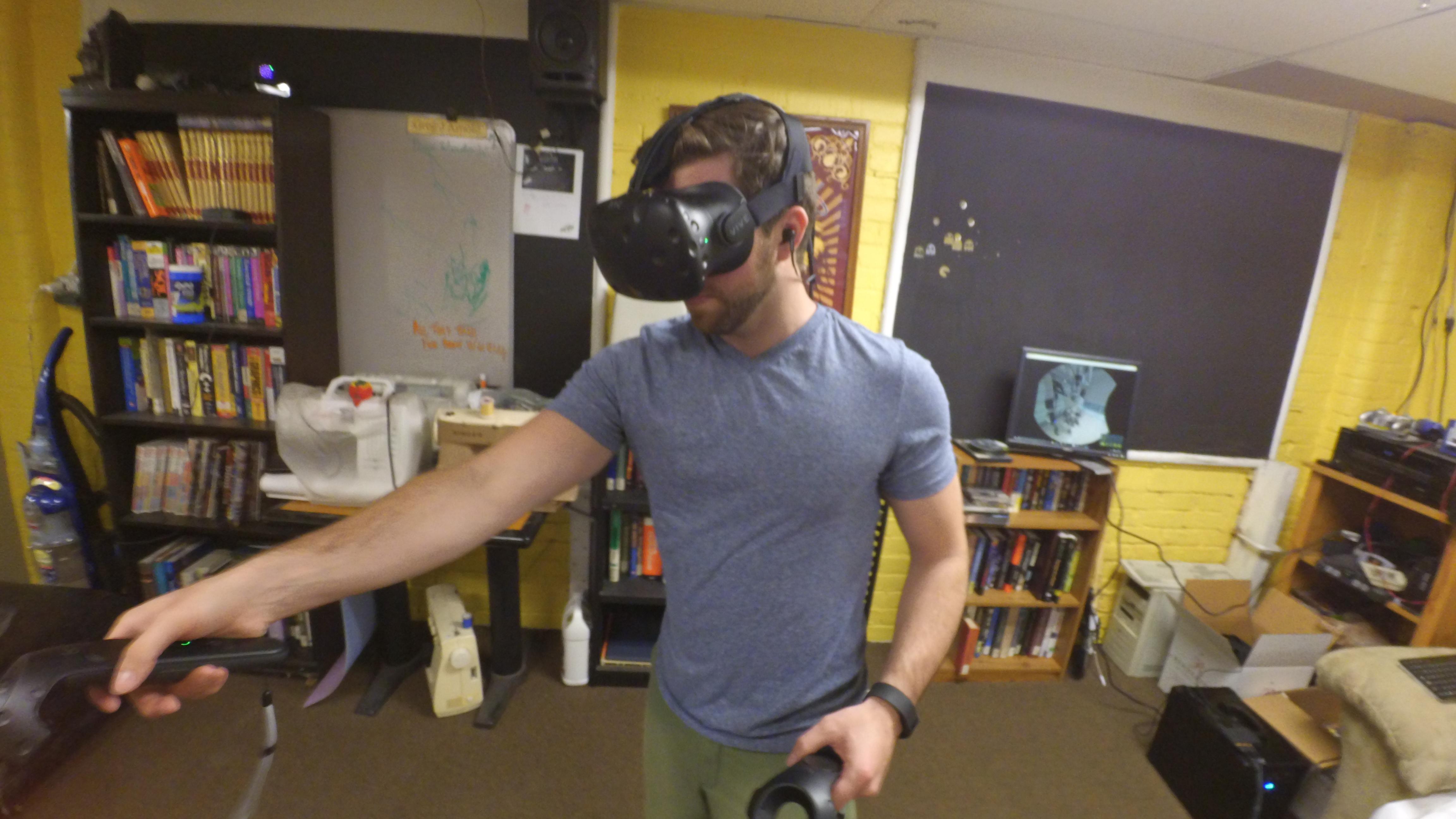