Many of you watched my smoker grill get built. I promised I’d bring it back and feed everyone. I’m going to make good on that promise Tuesday. My kids are off school so I won’t need to run around and pick them up, it’s only going to get colder so sooner the better. I definitely will not say no if someone(s) wants to come down and learn how to run it and/or help. It’s not extremely high maintenance but does require checking once every half hour to hour for fuel and heat.

Pork shoulders and brisket take a LONG time to do properly (like 8-12 hours) so I think I’m going to eliminate those from the running this time. I was planning on doing a 4-6 hour run (and bringing lots of movies and games for my kids, phew) which would be sufficient for:
-Ribs
-Pork chops
-Chopped chicken (i.e. wings, thighs, breasts, etc.)
-Turkey legs and wings (but probably not breasts)
-Steak (ribeye, sirloin, etc. - cuts that aren’t going to need serious collagen breakdown)
-Beef short ribs / spare ribs

I’ll probably go down to Findlay market with the kids in the morning and get “one each” of mixed meats above. I don’t expect to be paid back - this is just my way of saying I love you guys to the Hive and it’s members and sharing something I’ve built.

If anyone has anything THEY would like smoked, have it in the fridge no later than NOON on Tuesday CLEARLY MARKED!!! I have about 6sq ft of rack inside the grill (2x 2ft by 1,5ft) so there will likely be room for things beyond what I’m planning on contributing. If I have time, I may even finish the 3rd shelf mod which would mean even more space.

I should get my truck back today after I wake up or tomorrow. Failure to get it back by Tuesday is about the only thing I can see stopping this from happening as I can’t transport the grill and sufficient wood without it.
-D 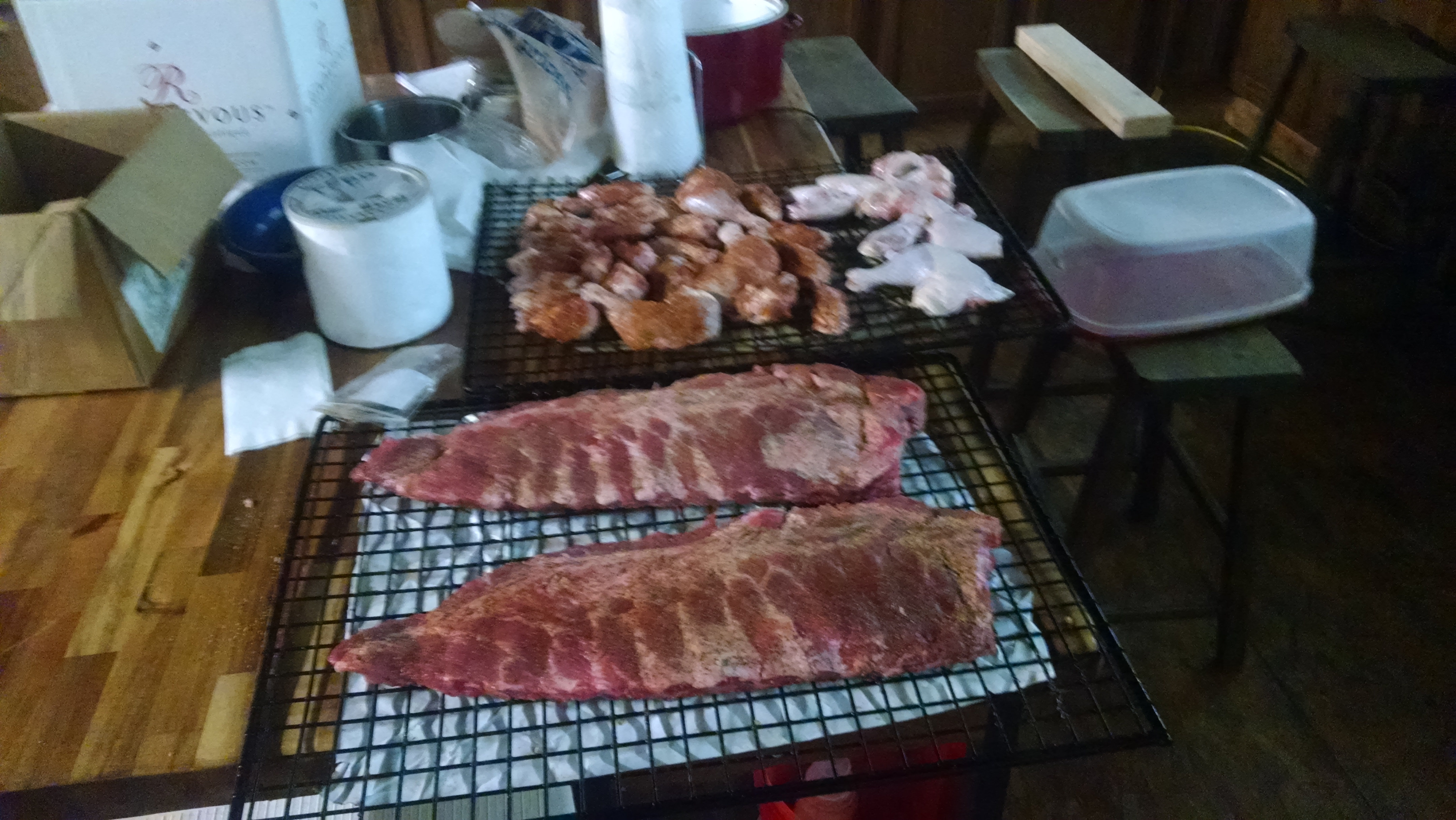 Can’t to be at the space tonight!!!

Jon and I will probably make some corn bread pudding for everyone!