The thickness sander drum belt has come to the end of it’s life. It was making some flapping noises after a single pass tonight when I attempted to use it. Upon investigation it tore on the end - and I’m not seeing any spare belts in the area. Andrew was also at a loss.

Are there spare belts or do we need to purchase some?

Which part are you calling the “belt”. The thin strips of sandpaper on the rapidly spinning drum, or the slowly moving wide belt that moves items through. (I would call the latter the belt myself).

Either way we have both

Need to dig up the wide one, but I bought one the day we got the drum sander, because it came partially damaged. Looks like my short term fix of gluing it back together finally broke (a long time later yay!)

Its the internal belt on the drum that spins rapidly and is adjusted in height. 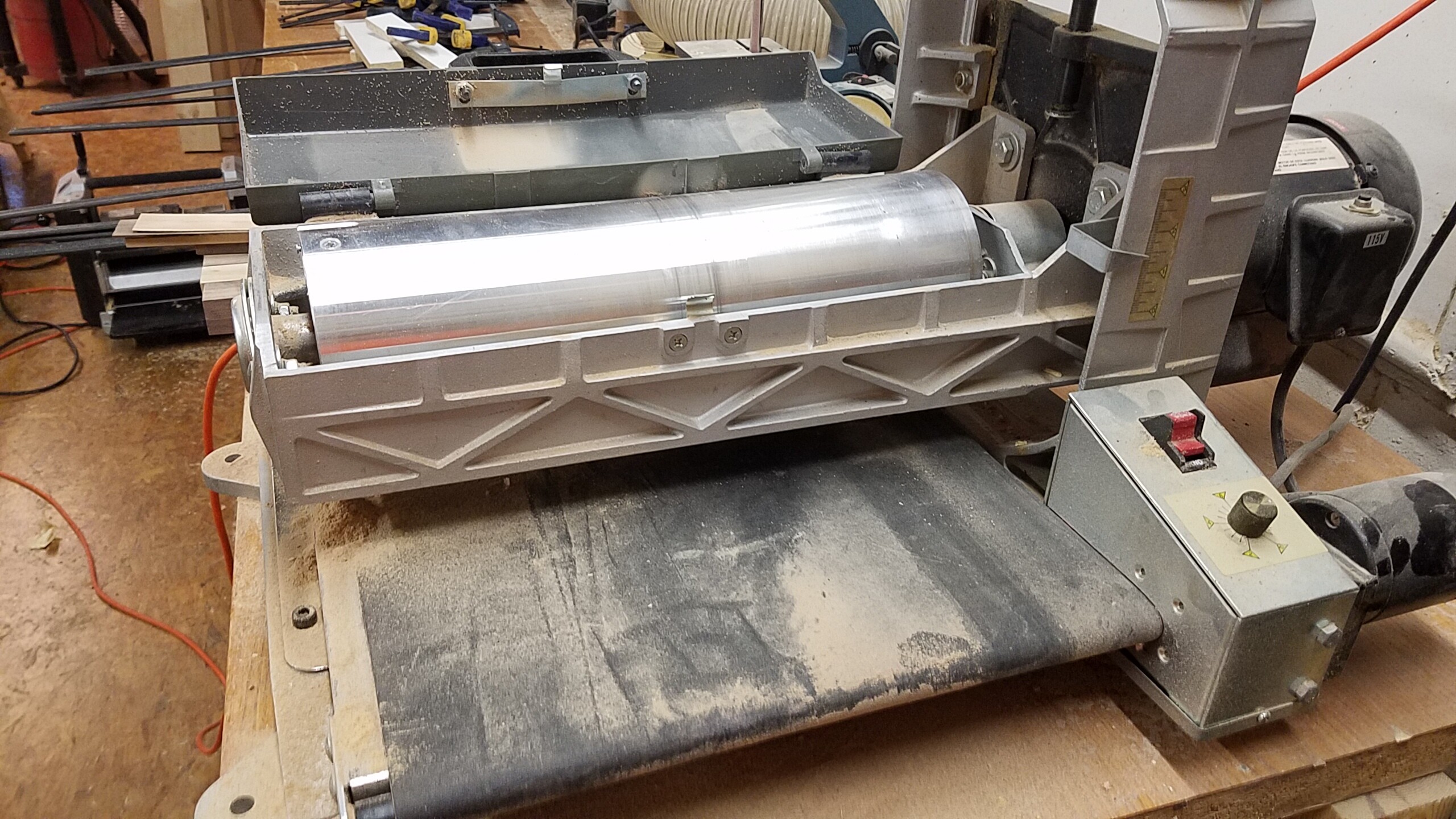 Ah that is just sandpaper. We have tons of it. There are rolls in a box on the floor (two boxes actually) of varying grits. You will need to cut plain rolls into the right shape and length. There also might be some pre-cut ones there, too. If you’ve thrown away the old piece, you can probably look up the model number and find a pattern for the paper. It is a long strip with two notches at the ends at the appropriate angle. Cut with scissors or a knife.

Let me know if you need help finding it, or need further instructions

the paper can be hard to clip in if you don’t know how the mechanism that holds it works.

Elly, I’d be interested to see how to reload the sand paper so I can do it next time. I hate to drag you into something I should be doing, but at this point neither Clay nor myself feel comfortable doing the change over.

Yep! Sounds good. The videos and manual are only sorta helpful until you just prod around and do it yourself. This mechanism is pretty hidden.

I’ll always help out in the wood shop when needed. (I say the wood shop solely because I don’t know too much about our other areas enough to help out independently yet. But of course I’ll help anywhere that’s needed if I am able.)

Could we do it Tuesday before or after the meeting?

That’s what was causing me some problems, the rolls looked correct, and yet didn’t seem to fit in as well as I expected onto the roll. One roll we pulled out appeared to wind to opposite direction. Trimming would address this issue.

I mated one of those up to the old one and it was a bit short, and one we trim to fit the taper it would be even shorter, but maybe I’m looking at it wrong.