source for plastic foam? or substitute?

Hey, I’m looking to find some sheets of that plastic foam used in packing - the stuff that comes in sheets and gets cut/layered to make a protective packing (it’s usually whiteish or pink) It I_S NOT_ the molded styrofoam stuff. nor is it the stuff like couch cushions. it’s the firmer plasticky stuff (will not absorb water, bubbly, but not porus)

What I want it for:

I’m making a bunch of silly earrings for a xmas present, I want to use the foam as boards to put the earrings on (stabbing the posts into the foam - hidden under a layer of pretty cloth)

Does anyone have suggestions for other findable material I could use instead? One of the nice properties was that it holds the posts (grips the posts when they are pushed in) I need it at least a half inch thick.

Anyone have ideas?? If I have to, I’ll use cardboard, but it doesn’t hold up well and isn’t good for repeated punctures (I know that from use at work)

How large? There are a couple of sheets that are inches x inches kicking around the basement of the rental house I’m in the process of selling. I will be there in the next couple of days and can grab what’s there if you want. I brought a few of them down to the hive already and they’re kicking around somewhere if they haven’t been thrown out.
-D

That would be great! thank you!
I don’t need very big pieces, I’ll be using them sort of like trays and stacking into a small plastic organizer (maybe similar to my sewing box) probably several.11 x 8 inch or smaller pieces.

Has anyone seen the pieces at the Hive that Dave mentioned? Where is the best place to look for them and are they earmarked for anything already?

I want to say last time I saw them was dirty room or fab lab but my head is scrambled currently.
-D

One type is called ethafoam. (google it and look at images search).

The problem is that I’ve never found it cheap. The retail prices I’ve seen are absolutely ridiculous. There are different grades (stiffness? I don’t know.)

But I have pulled it out of shipped boxes at work—They were throwing it away.

I’ve got some a lot of black (dark grey?) and some white. I’ll try to attend the meeting on Tuesday. No promises, though.

I can probably get some pieces. My father-in-law has a packaging company and has large quantities of all the kinds of foam used in packaging. I’ll ask if he has something for you.

See if it suits you. Its been in the basement for a long time - could do with a wipe.
D 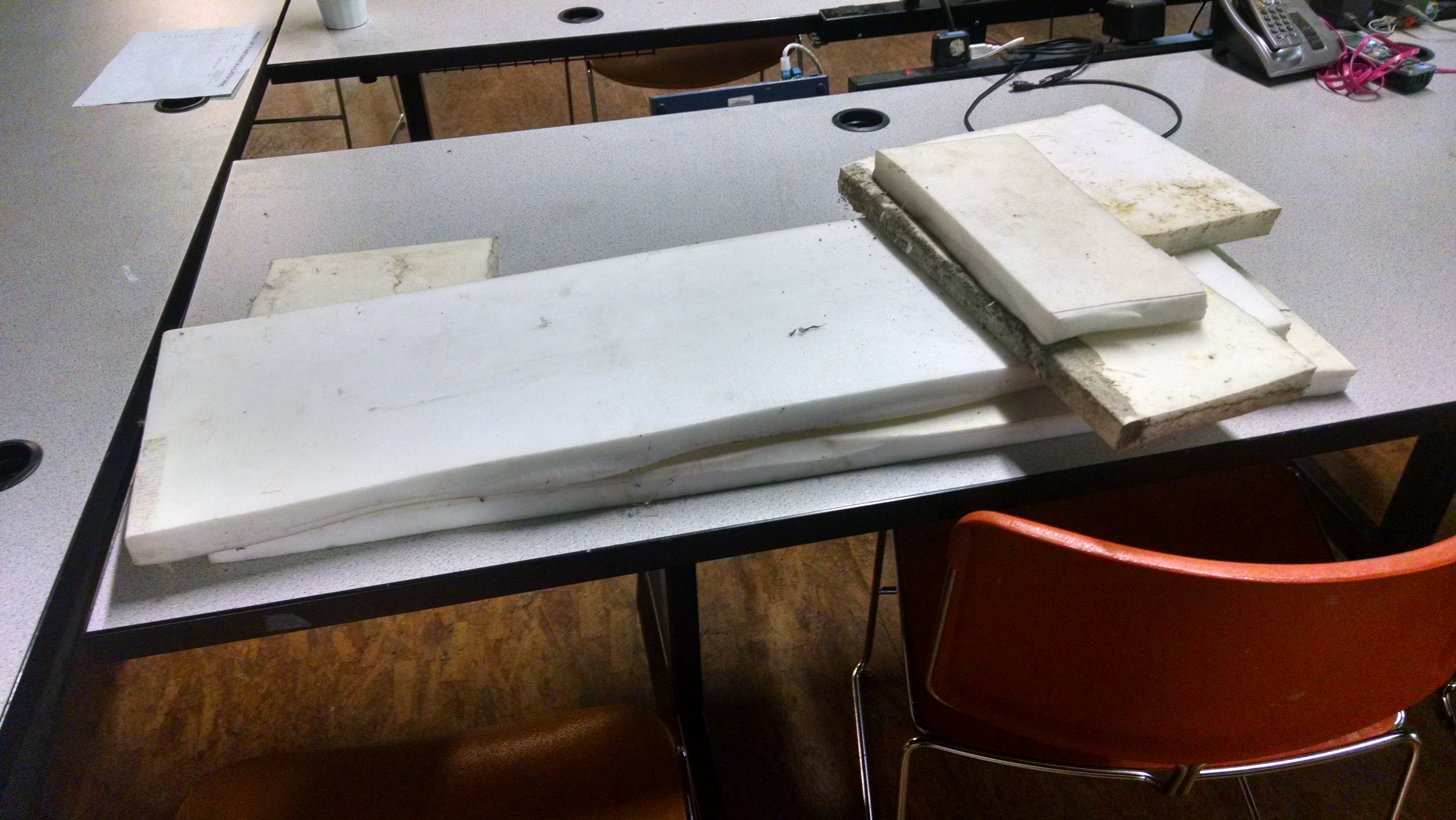