In the meeting tonight someone asked about possibly getting a nice sliding compound miter saw.

Both have about the same features:
12" blade
15amp motor

The Hitachi has a laser cut guide but the Dewalt does not.
The Hitachi can cross cut up to 12.25" while the Dewalt can do up to 16".

I think the Dewalt is a “better” saw and had a great reputation but is missing some kind of saw cut guide. There are some guides that can be added. The Dewalt with the guide (DWS780) is ~$600.

Let’s have a discussion and possibly setup a vote.

A good saw is only as good as it's blade IMO.
You should also include a good alternating tooth saw blade to go with with it.

Totally agree.
I would actually suggest to get a “nice” blade and encourage people to use the stock blade that came with it for general cutting.
I wanted to start the conversation and then propose something like a $500 budget to get the saw/blade/guide.

I’d go for DWS779. I’m not sure what the DWS780 has over it, but if it’s just the laser guide, it’s been my experience that those things are pretty much useless. I have one of them (or whatever the predecessor is) and the thing’s a beast.

I don’t like the Hitachi, because its handle is vertical, not horizontal, and that makes it annoying to use.

I agree with the DWS779 and good carbide tipped blade. The rigidity of the saw is what counts more than the laser guide.
Spend the money saved on a folding saw base. Work holding is critical to good results. The back bench is getting crowded.
Dave

Let’s think this over a bit more and I’ll propose a vote in another thread.

That looks like a very good professional setup. It’s also portable so members could use it for off site projects.
Perhaps a few visits to the big box stores to lay hands on the competition before purchasing would be advised.

There may be a sweet spot of good enough to produce quality results but not the top dollar item.

You can spend top dollar and get very nice tools, on the other hand, after multiple house rehabs and 10 years my $80 HF mitersaw can still make a nice cut.

The question of use/purpose needs to be discussed. Is this saw for fancy picture frame cuts in the HIVE? Crown moldings, fancy floors or kitchen cabinetry on a job site?
Dave

Great discussion.
I would propose that it would be for “fine” miter sawing needs and not used as a chop saw.
We could have a spectrum for different needs (chop, small miter, radial, nice miter).

Looks like Amazon no longer carries the 779.
Home Depot still has it for $399

I wonder if they are phasing it out?

I have a Rigid 12" 15Amp sliding compound miter saw with a laser site.
I don’t know if Hive would be interested in making an offer on it.
It is a Model MS1290LZA.

I placed the order for the Dewalt DWS779 from Acme tools. They still had it in stock for $399 (no tax and free shippping).
Everyone else does not have it anymore, looks like Dewalt is phasing it out for the DWS780 with the fancy light (extra$200).

I’ll bring it in when it arrives, don’t have the shipping info yet.

Excellent. Were you going to order that Heavy Duty Miter Saw Stand you suggested as well or were we going to build it into a workbench?

In the meeting last night we decided to just get the saw initially and then talk more about the stand.

The saw has arrived!
I’ll bring it Saturday to the cleanup. 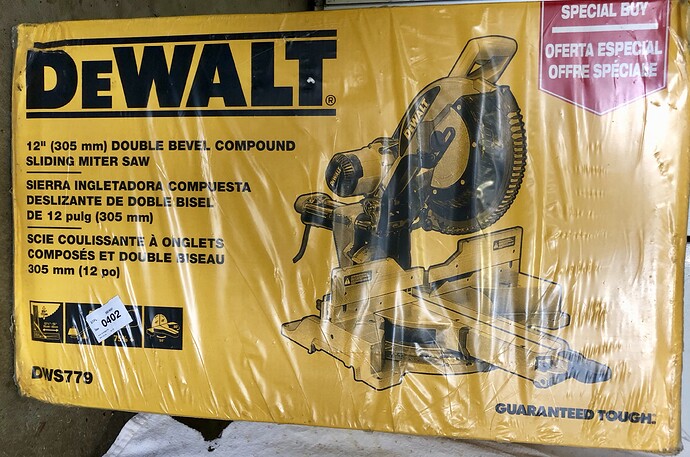 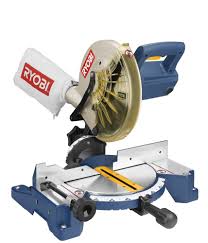 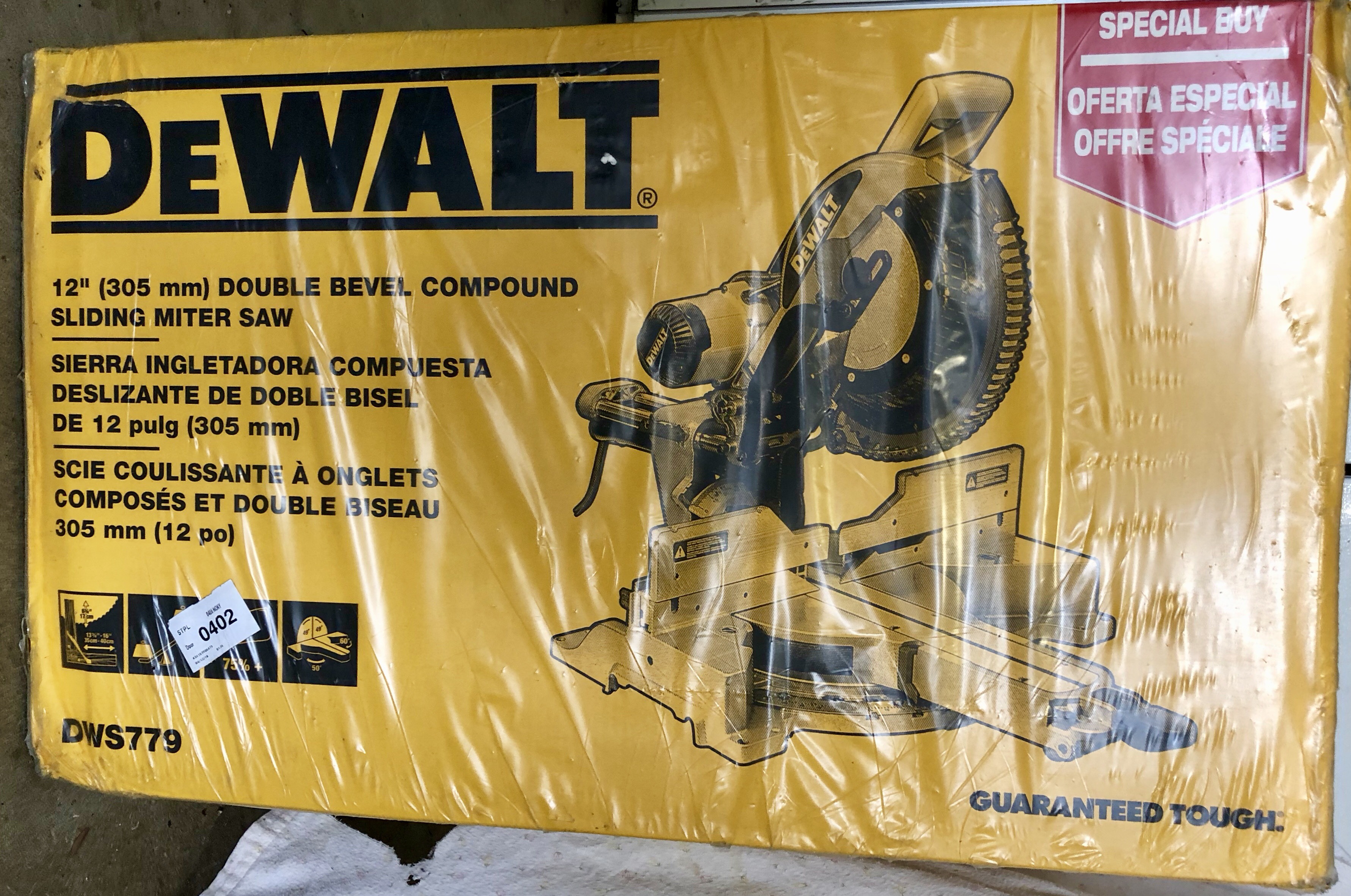 Yes the Ryobi saw it still at the Hive. In fact, Will and I worked on it to get it working again (the blade guard was binding up, not letting you lower the saw).
I see it still being used for “rough” cuts and the DeWalt for finer cuts.

The saw has arrived and is working great.

Part of the discussion was to get a “nice” carbide blade to do special cuts. The stock carbide blade is working well so I don’t think we are in a rush.

I’ve done some digging and the Forrest Chopmaster is very nice (around $150)
http://a.co/gxT2Psp

I have a Forrest on my table saw at home and it does cuts that basically don’t require any sanding.

I purchased the Freud 72T thin kerf blade for the new saw ($85). Let’s save it for “fancy” cuts that need super sharp edges (picture frames, moulding, etc.). I’ll bring it down this week.

I haven’t gotten the portable stand yet. I wanted to have some more discussion on the usefulness.
For reference, I was thinking of the Delta stand:
DEWALT DWX723 Heavy Duty Miter Saw Stand
by DEWALT
Link: http://a.co/bxhijK9

Any thoughts? This would still come under the budget of $800, but I don’t want to buy something that may never get used. (cough, vacuum former, cough).

What does everyone think about building a miter station of similar construction to this:

with dust collection/shroud similar to this: 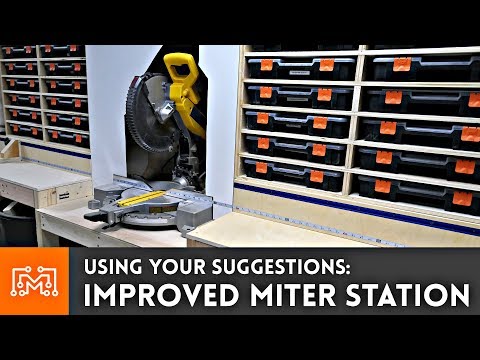 I think this type miter station would really maximize the use of the new saw, as you can just walk up and make the cuts you need without having to worry about setup, adjustment, and then cleanup afterward. The base cabinet construction is also a good strong construction that will be durable and would allow us to add drawers or shelves underneath for storage of tools, blades, consumables, etc.

Looks like a great project.
I would get a list of needed materials and propose a vote.
Then just start a project to get things going.