Ed and I decided to upgrade our year old Redsail M900 laser cutter to something a little more specific to our new needs and are going to sell our old one. I thought I’d give the Hive first dibs on our old unit.

Our current laser is a large format 600mm x 900mm 60 watt unit. (It has a automatic 10" Z height as well.) We don’t use it currently but once or twice a month now that we don’t cut acrylic. This laser is a perfect unit with zero issues.

The normal price of this laser is around $5000 + shipping and customs (which on this unit will run around $2000.) We are willing to sell it to the Hive (or any member interested) for $3500 complete with cooler/chiller, pumps, etc. This unit is large but is already here in Cincinnati, so delivery won’t be an issue. (If needed, I can help deliver with my trailer.)

Here is Rabbit Laser’s version of the same cutter: http://www.rabbitlaserusa.com/laser_QX9060.html (Notice the price!)

Is this better than the ones we have currently at the hive?
If so then I propose next week we vote as a purchase for the hive.

Yes, I’d say it’s much better… just by the fact that it is so much larger!!! The thing I think we should consider is selling the old laser for what we pay for this one, which would be a bonus!

So yes I say we vote on upgrading our to this.

Ohhhhhh! I would love to hear more discussion on this.

Another option would be to sell the older laser cutter that we got recently that isn’t fully functional to us yet. I hear we can sell that for much more, and then we would have two modern machines that are both pretty powerful!

Elly, I didn’t want to specify which to replace, I didn’t know enough about either to make that choice. But I would say get rid of which is less useful when both are fully functional.

Also, I forgot to mention… the color is slightly different than the Rabbit Laser unit… where they have a cream and red paint scheme, our laser is black and red… but otherwise looks identical.

Attached is a picture. 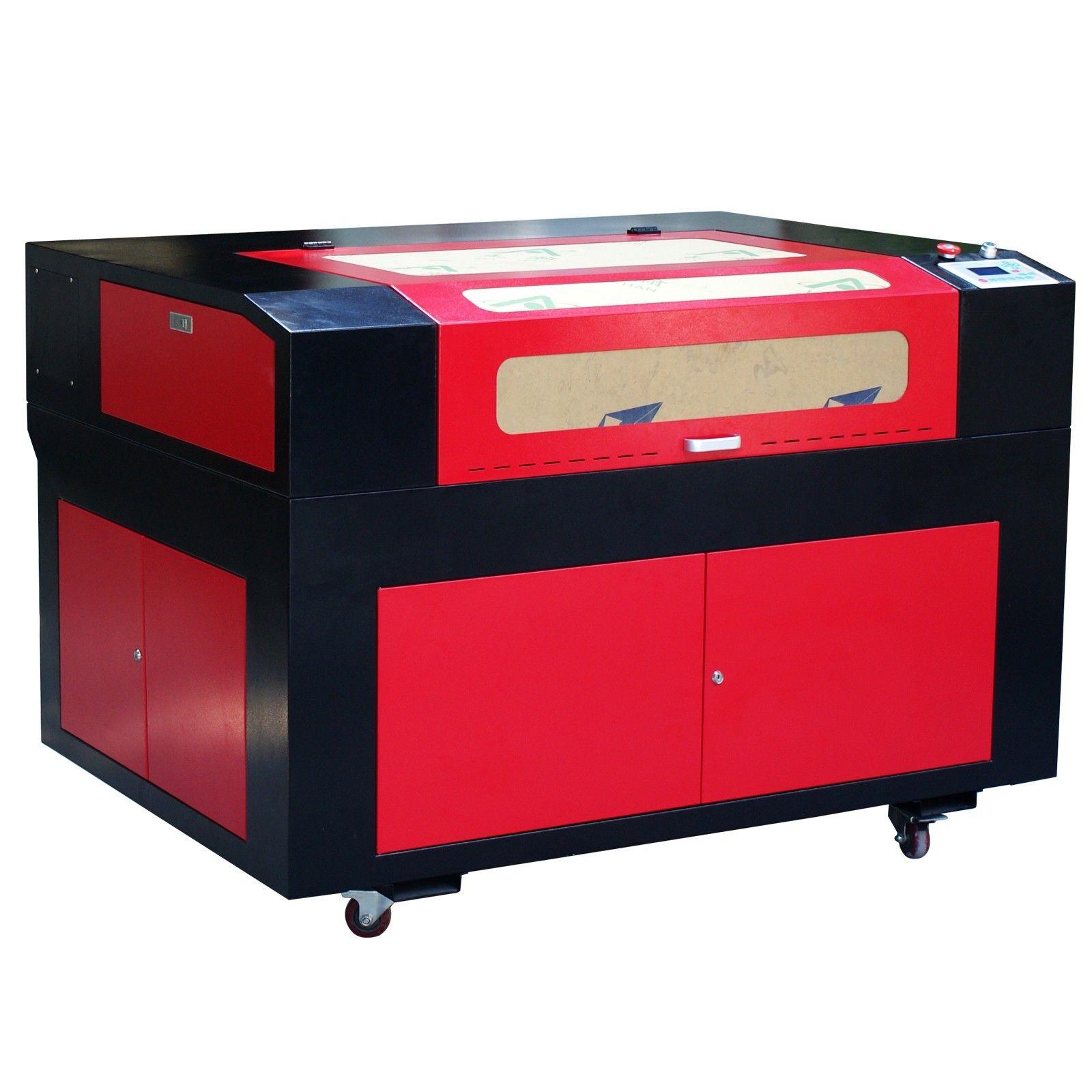 Bill,
Thanks for your generosity and consideration. Are you working with any kind of time constraints where you need it gone by a certain time? I know there will be discussion and I wanted to make sure that the Hive gets its act in order fast enough to not miss out on this opportunity.-D

We’re not in that big of a hurry… but waiting months won’t get us our new unit fast enough.

Of course, when I say that, Ed reminded me that we do need to make room for the new unit ASAP.

I favor this laser acquisition from the trusted local source at the friendly price. I move we vote affirmative ASAP. Thanks Bill and Ed!

For what it is worth (not saying getting this isn’t a good deal and would be a lot easier) I got a quote from g.weike (manufacturer of our current laser) for a much larger laser cutter (1.2m x 1.5m so more than 3 times the cutting area) that would run us $5k with the same options as what Bill and Ed have for 60W. 100W (much faster cutting times) could be had as well for an extra $400. Go big or go home, right?

Oh, it should also be said that the links/prices everyone (including myself) is providing need about $1500 to $2000 added on for shipping and customs.

Thanks jon, this wasn’t an attempt to do anything but to show a price range.

Can i convince anyone to donate this for tax purposes to another hacker space. Club Cyberia in my new city, indianapolis, is struggling for mindshare and having this equipment would REALLY help them grow and gain interest so they can end up like the hive with wads of cash in the bank.

Either that or Ian needs to make me the manager of the newest Techshop location: Indianapolis

What about donating the other one we have to Starbuck’s Cyberia instead of selling it?

I mean: we get the Redsail and donate whichever one of the two we have to them? Would we get any sort of tax bonus for that? (either way, I think that helping them out is a good thing)

I’ll vote for waiting for a larger one. We already have two smaller machines. Unless this could replace both, I believe a bigger machine would be a better use of space.

I second getting the larger machine.

I would suggest we don’t start giving away or promising old laser cutters until a new one is fully up and running. The second laser cutter is a good reminder that setup probably won’t be as easy as wheeling it into the space and flipping the ON switch.