The Radial arm saw goes to the first person who calls dibs, as it is Hive13 owned. No need to wait for Purgatory to roll around.

The Ryobi Miter Saw is listed as owned by TP (Chris) on the wiki. I'm not 100% who that is, but they have primary dibs. Anyone else is welcome to place secondary dibs on it, if TP (Chris) wants it, it needs to be out by time Purgatory rolls back around to this shelf, otherwise the secondary dibs person gets it. 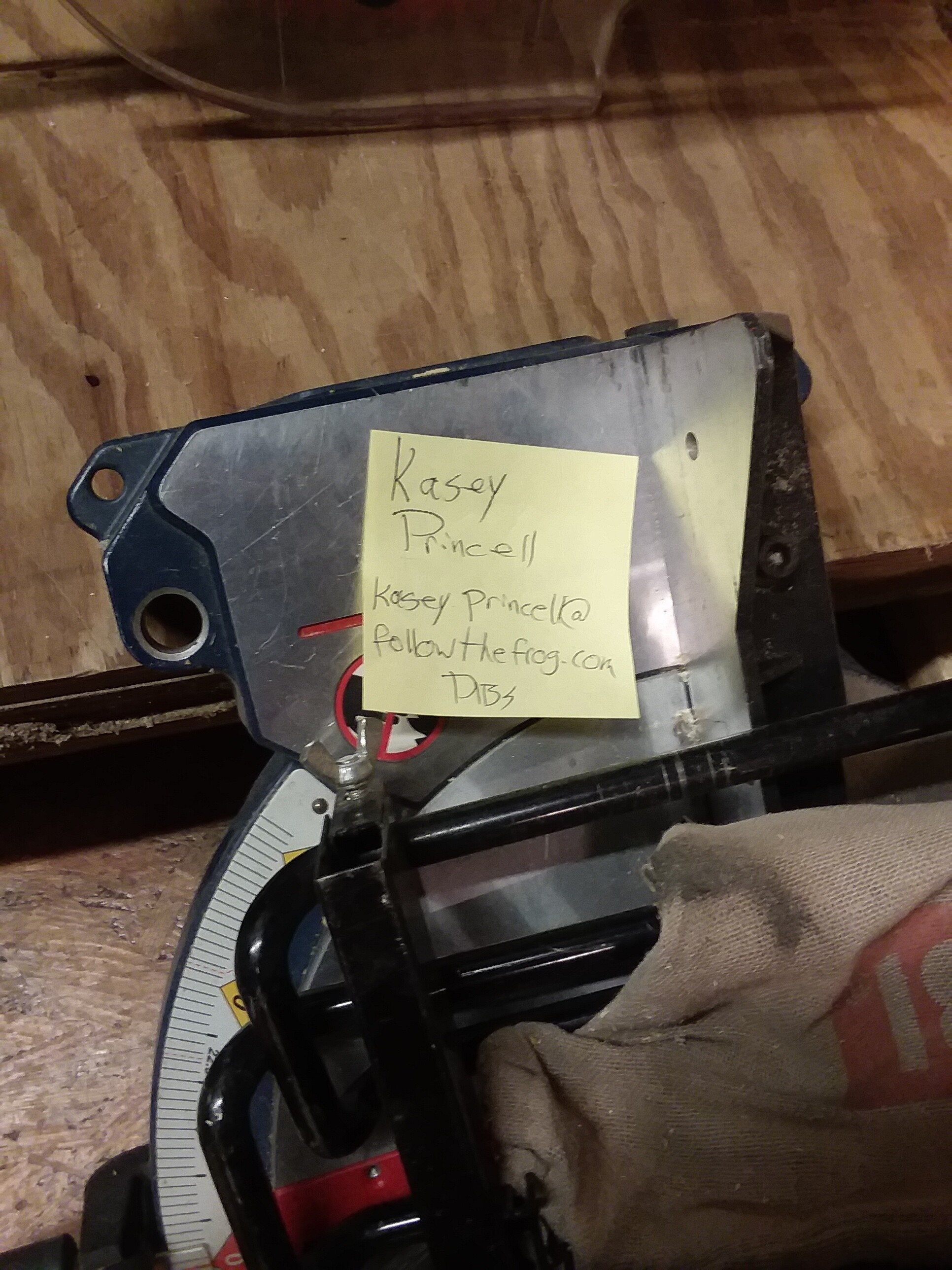 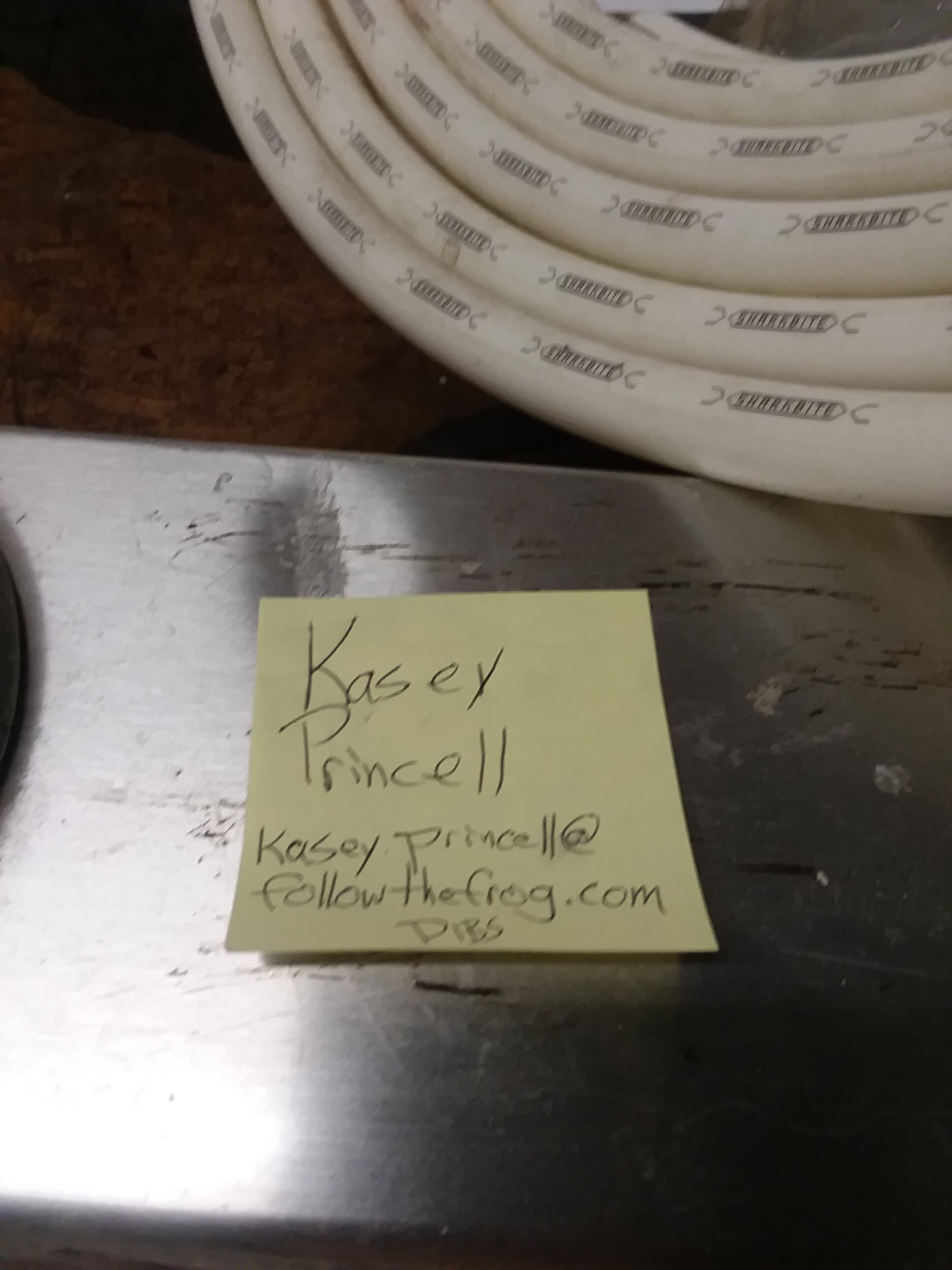 The email domain intrigues me more than anything.

The dibs stickers pictured in this thread has been removed so I added a dibs sticker to these. TAs the Radial saw was hive owned I am grabbing some straps and will be picking this up tomorrow evening. The Miter saw, what “shelf” was that on, I dont want to grab that too early.

The miter saw had a sticker on it as recently as yesterday, so I'd double check with the original person that had dibs before taking it. The Radial arm saw goes to the first person to get it out of the Hive, no dibs for that one.

I just tried emailing Kasey at that email and it was undeliverable.

I sent the message to another email I have for them as well. I'll post if I get a response saying they are not interested.

I left the hive around 7pm (give or take) when it appeared there was not stickers on there. But thanks for letting me know.

The chopsaw had Kasey’s name on it, his week came and went, and last Tuesday started its week of free-for-all. It’s up to the first person to claim it, no dibs available, and will likely be pitched on Tuesday.

I’ll make sure I grab it this evening then. Only reason i didnt grab the miter saw yesterday, was the “shelf” it was “on” wasnt listed and I didnt want to snag it early before dibs were officially passed.

Did above try contacting TrailerPhi, aka Chris at the email addresses I suggested earlier?

He was very clear back when he lent us the miter saw that it was a loan.

For now, hands off the radial miter saw.

I’ve reached out to TP.Via email and given the time that has passed, we owe him a chance to respond.

Yeah, let's give TP time on the Miter Saw, but the Radial Arm Saw needs to leave the Hive ASAP or it's going in the dumpster.

If needed, I can come pick up the Miter Saw and give it to TP myself. Just let me know. I’ll take the other saw too, if it is dumpster bound; just say when. I’m like 10 minutes away.

Ok Dave, to clarify disregard Greg’s statement for the time being?

I sent TP a text message about it. Waiting to hear back.

I grabbed the radial saw. the Miter saw is still there, waiting to see what TP’s response is.

Wow sorry I’ve been basically AFK since late May - just now seeing this, thanks Karl and others for reaching out to grab my attention. Feel free to give the saw to the “secondary dibs” person. Thanks for making sure, very upright of you all, much appreciated!