We got the gear down from the shelving and partially assembled in the new space. 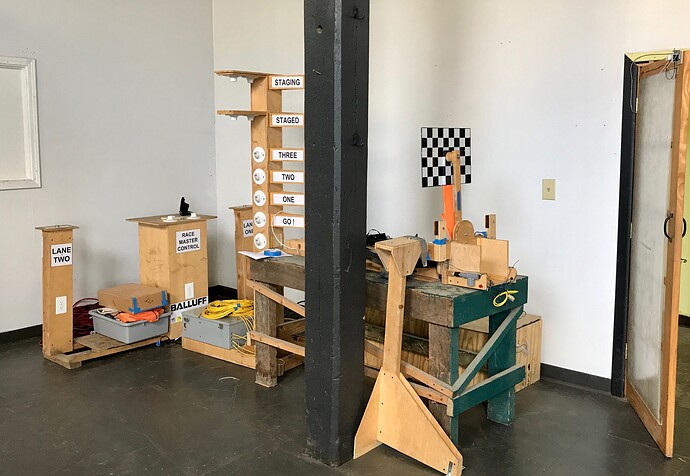 Thanks to Jim and Bret for helping out.

It looks like everything is here. There are some minor repairs that need to happen (small 2 wire reset plug, wooden “fault” flag). I may come down Sunday for a bit.

I wanted to let the group know about the mess.

We should also think about where we want to keep it during the summer. I think long-term storage in the pallet racks is a good idea but it is really a pain to get it down each time.

Got the PTDR test setup working. Thanks to Jim for the great instructions!
Do we know if the document is on the Hive servers somewhere? We could tweak it a bit as some things are unclear.

There is also a yellow button with wiring that doesn’t seem to connect to anything. Was this a remote reset for the Arduino Mega? I seem to remember talking about this at one of the last events.

I replaced the scary 110v plug that had been wire nutted and electrical taped together that fed the enclosure. I also noticed that the box is not grounded properly.

It looks like some of the bulk soldering has lost the electrical tape covering.

Everything seems to be working except the displays.

I’m thinking the display wiring may have been jostled a bit. We need to anchor the daughter board so it doesn’t bounce around in the box.
The one display shows a red line across the middle and the other one is just blank.
I’ll play with it a bit more at the meeting Tuesday. (check the early start fault, verify the connections), but I feel much better about the event at Building Value!

Don’t forget to sign up on the google doc to help setup, work and teardown.

Worked some more tonight after the meeting and got the displays working! 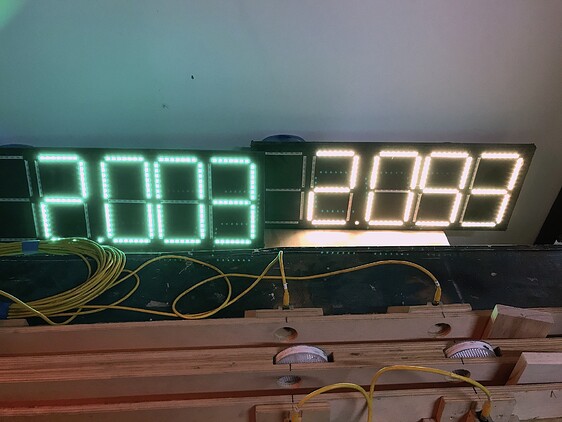 PTDR display working.jpeg2048×1536 627 KB
​
Not sure if the Ethernet cables were plugged in wrong or if things just needed to get reconnected.

I think it is ready for the event.

Also, the main racer circuits popped the breaker when I first plugged them into the wall. After resetting the breaker they didn’t. (weird).

I wonder if the arduino board is going bad… I have some extra boards I got for the class with ryan… lol but I know nothing about it or out code. I’m going to try and make it down Thursday after the appointment with the specialist and surgeon for the pup consult. I’m wondering if extra wear was put on the contractors or something came loose from yanking the cords when they flew off the ramp. I don’t know what exactly we are going to be able to work out for the event as Katie has not been able to trade… and depending on how the pup is with the internal bleeding I can’t leave her for long at all. 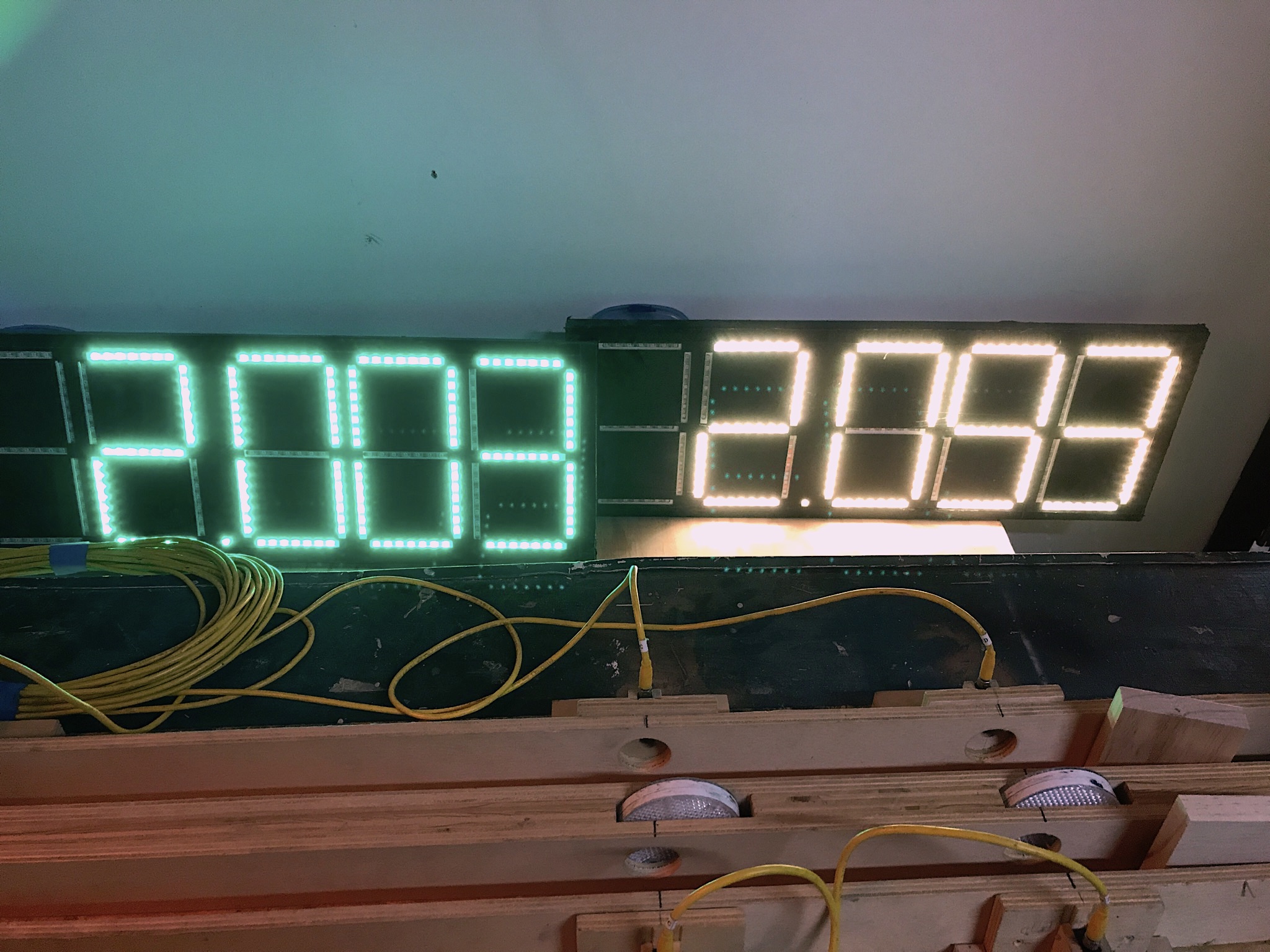