I think we can set up the track in about three hours. So if we packed up at noon we could still have things setup before 7.

Man… ptdr would be going on when I am restricted to hell and back. My surgery went even more fubar than previous And my surgeon make stuff which stitches I’m highly allergic to and which stitches are OK even though it is documented everywhere and I had a arm band on for it. I have huge holes opening up down the sides of my knee where I have an infection/ rejection/ and allergic reaction going on lol. It is pretty walking dead/zombie looking and I have an extremely bad limp. So if I look pale, sweaty, and have large black holes in my leg… please don’t shoot me yet as I have not turned completely.

If anyone would like to see what it looks like when a surgeon does internal stiches that you are alergic to I have some pretty cool pictures. Best of luck to everyone volunteering and its awesome to see all that hard work put to use!!! It is beyond depressing still having to deal with all of these surgeries at not being able to volunteer at the hive as much as I should be. I can’t wait to be able to get back to building fun projects and repairing things. I even had to let my father-in-law replace the rear differential in my car as I cannot get any fluids or dirt in the openings at all. On the plus side one of the incision spots bubbled up like a pimple and the skin is really thin like tissue paper, so when I popped it I was able to yet about a 3/4 of an inch piece of stitch that was just causing a big void and pocket of fluid Under the Skin. It is oddly satisfying to get these foreign objects out of my body!

That picture I will attach and it’s pretty cool that the dissolvable stiches have not been breaking down at all for a month and my skin is pushing away from them. Its the j shaped piece of fishing line lol.

Best of luck everyone!!! 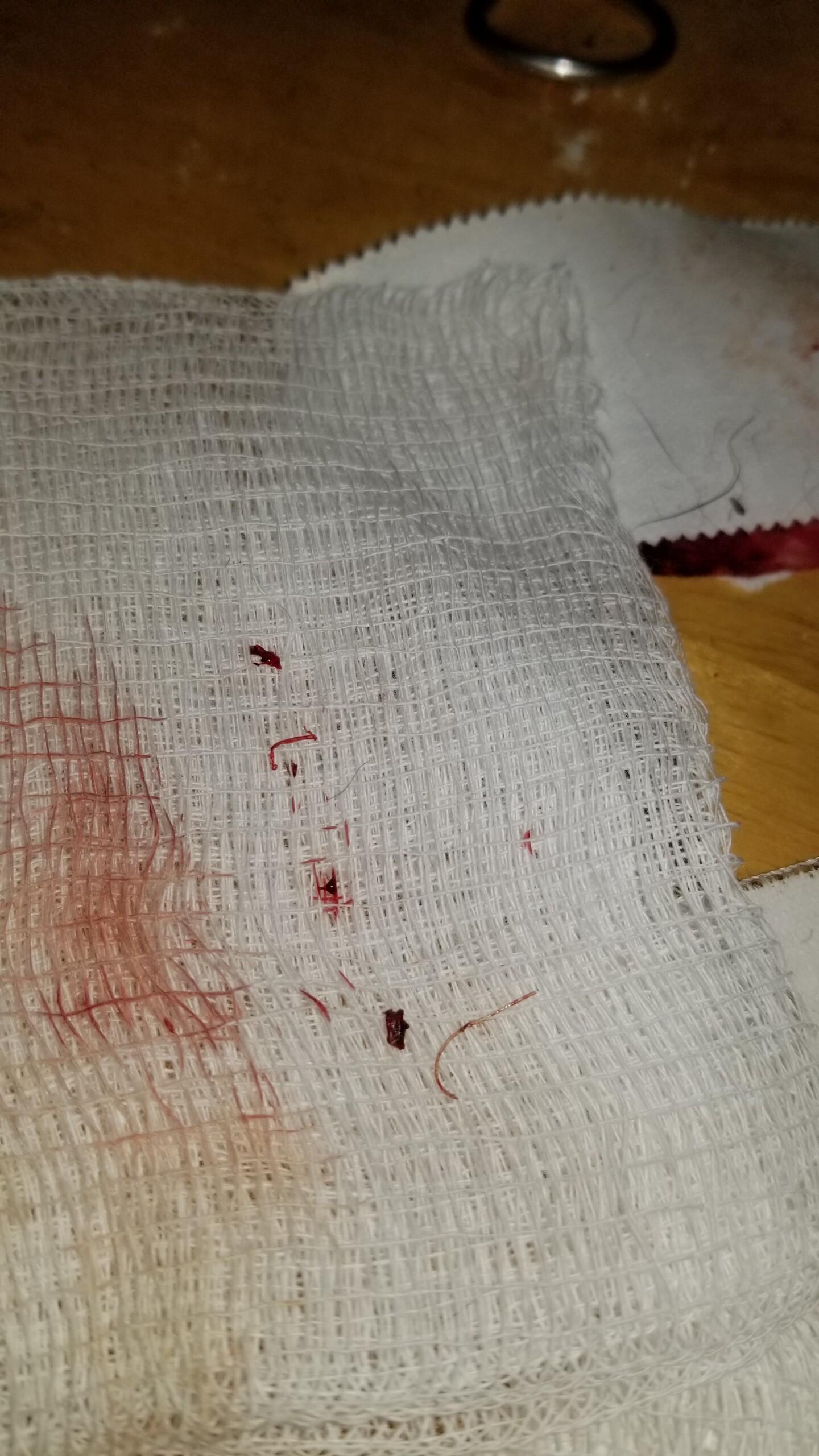 Thanks for sharing. Hope you feel better.

We will see how the weather cooperates tomorrow.

I apologize but I won’t be able to help due to a back issue from earlier in the week. I had hoped it would be much better by now, but too much risk of a relapse.

No worries. Hope you feel better.

im gonna get showered and ready, and will head down soon

Just to let everyone know.
The load up of the PTDR gear will NOT happen today (Sat).
They will load up the truck and bring the gear to the Hive Tuesday around 7:00pm.

ok glad I checked before running out the door