I’m proposing a vote for some basic pneumatic metalworking tools. Those tools are:

These are all pretty basic tools for light sheet metal work. They aren’t amazing tools, but they are functional and more than we have access to at this time. I also figure that if we have people that start doing projects that exceed the abilities of these things we can have a new discussion at that time. I say this after doing several of my projects using both the shears and nibbler that I have borrowed from other people.

I now leave this open for discussion and feedback.

Nibbler and Air Shear I would hesitate to go HF for… have used both and didn’t last. Those are very useful tools that see pretty heavy abuse when used, I’d be more likely to vote yes for something of Ingersoll-Rand quality. 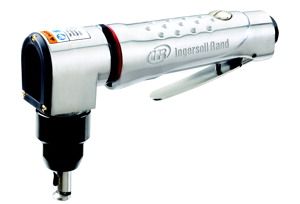 Instead of shearing or sawing, the 325B Air Nibbler “nibbles” at metals, giving you better control and accuracy when cutting metals up to 18 gauge thicknesses at more than 6 feet per minute. 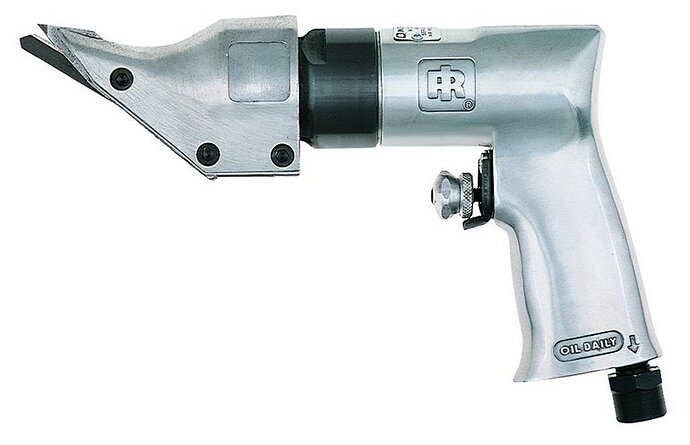 The versatile 7802SA air cutting shear makes clean cuts in cold rolled steel up to 20 gauge without chips, making it the ideal tool for anyone in vehicle repair or machine shops.

When you say they didn’t last, what do you mean?

The majority of what I have heard people talk about wanting to do has been creating or modifying project boxes and enclosures, or doing cutouts for mounting. The IR models are without a doubt higher quality and if you were using these on a daily basis, they’d be a much better choice. I’ve used both the CP and I’m guessing a Blue Point from the 80’s (most of Pop’s shop stuff was BP). The CP ones I used for a few projects seemed fine to do a project, then toss back on the shelf till the next project comes up. I’m wondering what your, or anyone else’s experience has been for the small stuff we would typically be doing? So far we have a total of 2 data points.

If there is a reason to upgrade to the higher end items I’m game to talk about it. But as it stand now, unless it’s something that can cut it with the bandsaw, abrasive saw, or hand snips we are SOL.

I agree that maybe HF is too low rent.

Looks like Dewalt also makes a dual action sander for about ~$70
http://a.co/3ukqVNz

Since we are doing OK money wise I would push for $350 and get “nicer” tools. I do understand the “start low” and work you way up though. I personally hate using crap tools.

I’m going to put up another vote for some more hand tools. We really don’t have a complete socket set and other stuff.

I have some nice DA sanders that I am not using all that much and can bring one of those down. As for the air shears and nibbler I would go for ingersol as well and whatever models we get just make sure there is a part number for a rebuild kit.

For the socket sets, I picked up the Coscto brand mechanics set, and holly crap the stuff is extremely nice for 100 bucks. Getting a set like that and then the deep well impact sockets from harbor freight would work out good. The newer impact sockets they have as well as the home depot husky brand are to much tighter tolerances than the ones years ago. Some of them even have a knurled end and nitride finish for longevity.

Cool. I’ll start another thread for the socket set, so as to not hijack this thread about the pneumatic air consumers.

If people are on board for just going higher end stuff, cool. Crap tools aren’t fun, but I also need a $350 drill to make 2 holes in a 2x4. My worry is always that we would get, say a $1600 tool that just sits around collecting dust.

So did the vote change to the $400 for the better tools? If So thats a yes.
If its still the HF tools, I am gonna vote no.

I am also a yes vote for the higher quality tools, and a no for HF

To clarify for everyone. Since there seems to be general support, I'm proposing a vote for $500 to get good quality air shear, air nibbler, dual action sander, general consumables and fittings.

To clarify I vote yes for the new numbers.