The popcorn machine that has been hanging around for a while was moved over to the to-be-junked area and marked as in on 2/15/11. Paul cleaned it out a fair amount, but it has some rat poop in it and is still fairly dirty. Mainly just needs to be washed and bleached. Someone mentioned they thought Player Two bought a box of stuff such as oil, popcorn, and butter salt for it, but it never got cleaned. If anyone would like it they may have it. Should still work and it has all of it’s parts. It’s by the shelves with the rest of the marked stuff. Pictures of it in it’s current state are attached. Not sure what the deal will be with the box of stuff though. 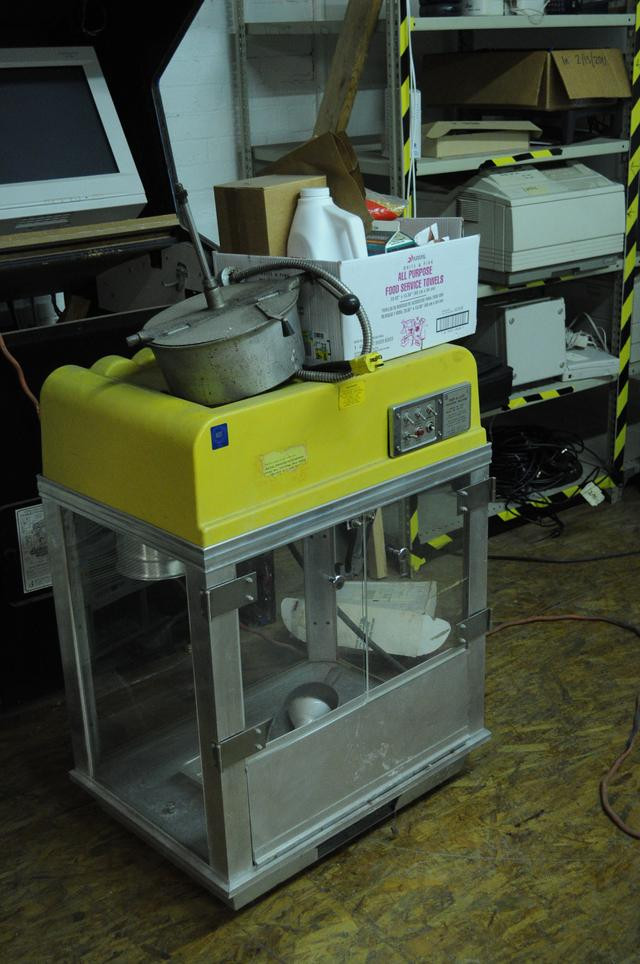 If no one else wants this, I'll gladly take it off your hands! We need
a popcorn maker at work.

Pick it up whenever some time soon. One thing though, when you do pick it up leave the box of supplies on it at the hive. They were bought by someone at the hive so probably not a good idea to give it away. Also considering the items are 1+ year old and have been sitting at the hive this whole time you probably don’t want them anyways. Haha.

It will probably need a good scrubbing and bleaching before it is popcorn ready.

No worries. If someone takes the popcorn machine, they're welcome to
the supplies. I had, indeed, provided them with the intent the Hive
might put them to use but without the maker, they're of no use to us.
Should be fine, just check the date.

Next question: when is a good day/time to pick it up? Will someone be
around this weekend?

Call me up Ello, I can help coordinate.

Just an fyi the date that the popcorn machine was tagged for removal was march 15th. Don’t mean to push it on you, but if if hasn’t been picked up by someone by this date it will be gone.

My apologies, working around business and personal scheduling issues.