So with a lot of help from Ryan we managed to redo the current dust collection ducting. We removed 2-3 extraneous wyes which were impacting our performance, and made it possible to more onto phase 2. Included in the extraneous wyes were the one right off the dust collector, which forced it to make a 45 deg turn right out of the input. This has been removed and replaced with a straight shot. The other wye was the goofy double wye that was connected to the band saw.

As a result of these removals the cyclone has been turned about 90 degrees, and now has a pretty straight shot to the CNC router, which now has a much shorter flexible hose. We also unlashed the CNC router hose from the random pipe it was attached to.

The band saw (and soon the spindle sander/router) now has a pretty direct drop down which will be converted to metal ducting in the future, along with adding the drops for the other tools. For now it’s got a large section of flexible hose which far from ideal, but obvious problem is obvious.

Finally the run to the back wall has been redone with metal instead of duct tape, but largely remains the same. The expectation is to move this to go down the bricks instead of the drywall, which has already fallen out of one window, and then attach this to a flex hose for drill press/lathe.

tl;dr: We now have the same system hooked up correctly, with minimal disruption, more efficiency, and we’re prepared for stage 2, which is hooking up the router/spindle sander, and correcting the flex hose on the band saw. Finally this part cost the Hive zero ($0), dollars. 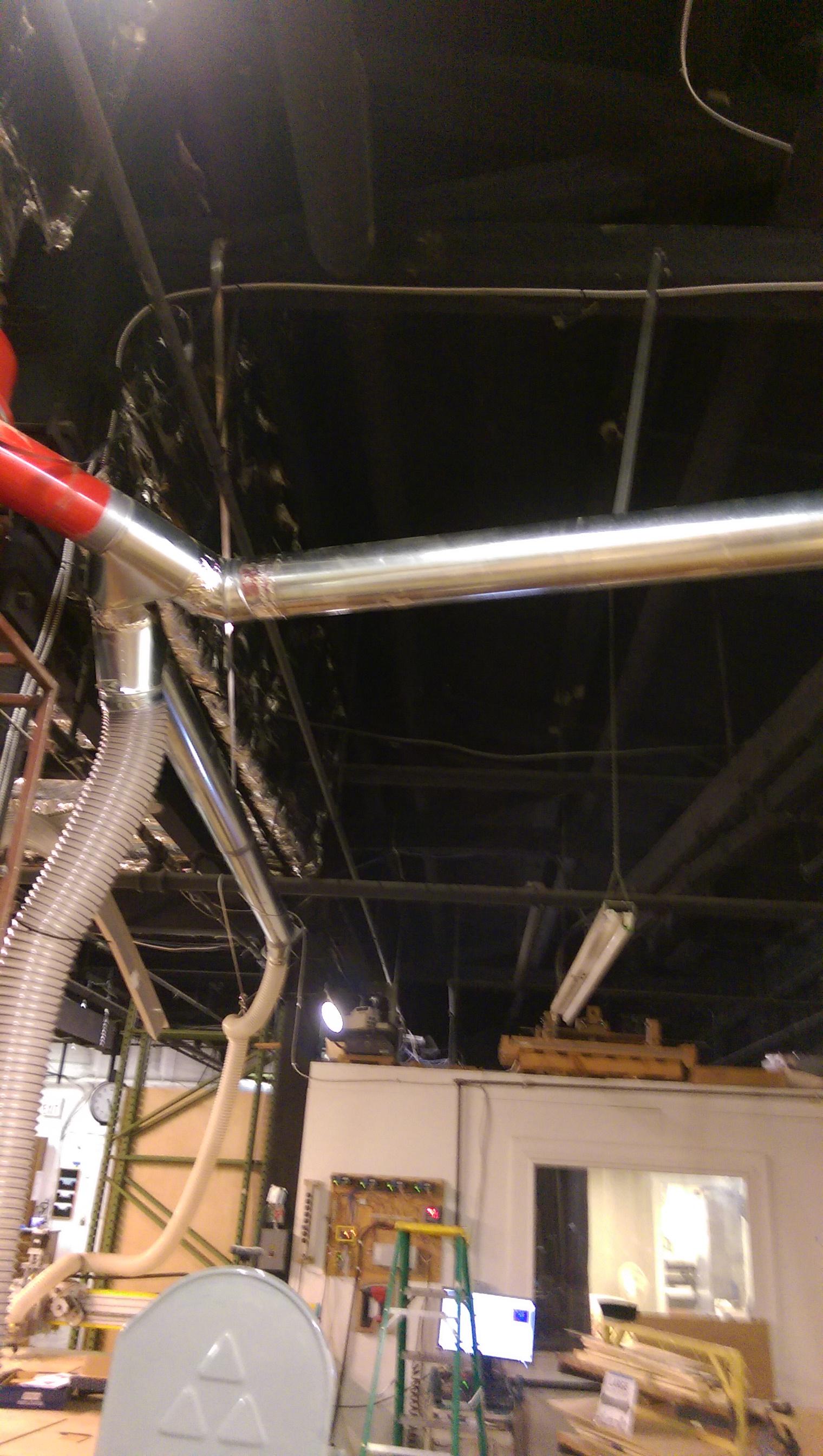 No monies spent! Way to go

Thanks! Looks good! Keep working hard to improve the hive - we need more people like you!!

Hmm… Andrew, ever thought of a dust collecting drone? Sort of a flying roomba? Can we do that? Please?

Yes, but only in the new Hive shooting range, I want a target for my skeet gun.