Part for the shapoko PC

The big CNC will be soon working. A PC was specifically purchase for this machine and unfortunately it is the same PC that was used to control the shapeoko. So, I am thinking of building a dedicated PC for the shapoko. I already have some parts for this and my goal is to buy the minimum part. Maybe some of you have spares or unused/old parts that could fit my needs. I am looking for:

If you have one of these , let me know!

I think I might have a whole PC you can have, but it is a Pentium 4. Do you require an Athlon?
-D

Also - I think there are still several of the Dell Pentium 4 machines floating around the space that are fair game. Do you need a parallel port? What other requirements do you have?
-Dave

I do need a parallel port. No special request for Sempron or Athlon or Pentium. It’s just I have already used this motherboard and it is working fine for Linux CNC. the minimum requirements are here: http://www.linuxcnc.org/docs/html/common/System_Requirements.html

I also want to put all the control boards, power supply and the PC in the same enclosure that James gave me:

So, the motherboard format has to be ATX or micro ATX to fit in the box.

I do have some of the same Lenovo Desktops that the shapeoko computer is using in a closet somewhere.

I can bring another one (and another LG monitor) down for the CNC machine.

Great! I think we have enough monitor at the hive. Just bring the PC.
Thanks!

I have a motherboard which may serve. Roughly vintage 2005-6
If there is interest, I’ll look up the specifics. This is just the motherboard and processor, I don’t think I have RAM that fits.

Would one of those smaller flat screen monitors would work for that? I’m thinking of the ones that recently showed up. It is for running the Shapeoko, so a smaller screen should work fine, right?

I am not sure of what you are talking about. could you show me a picture of it? The control of the shapoko will be handle by a PC. The display will be connected to the PC. Here is a picture of the used interface. We could us a small monitor but I don’t really see the point of it.
In my mind, the bigger is the better. Maybe I have miss something. 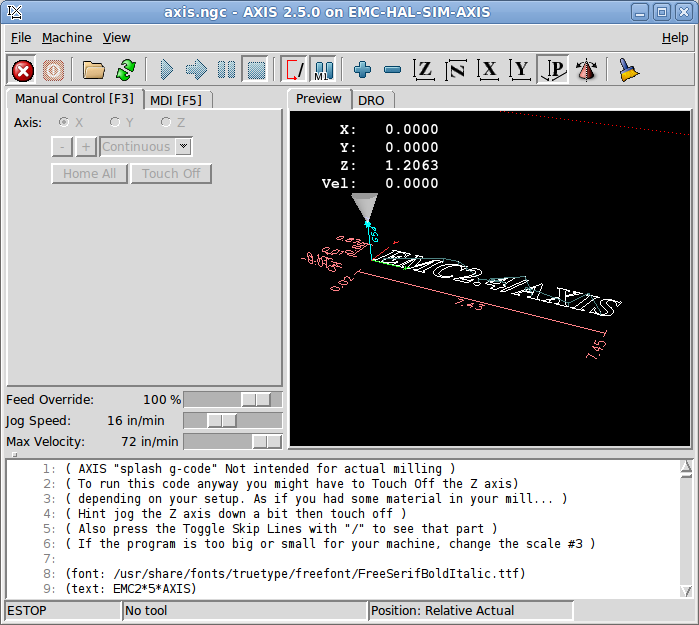 There are a 5 - 17" LCDs I droppped off. Nancy was just suggesting one of those. You could certainly use one of them until such time as you found a larger display as a replacement.

We certainly have enough working monitors to handle classes and new system builds. There’s no reason to refuse donations of superior equipment, though. Particularly for CAD/CAM use, those LG displays are significantly better than almost everything available at the Hive.

I say bring 'em on in. I’ll happily arrange recycling as we shuffle out older inventory.