We just posted this open source kit on kickstarter and thought your members and others in your diy community might be interested in supporting the kickstarter an/or building the kit.

(Kickstarter alert) Eric Rosenthal and Michelle Temple have developed a low cost open source DIY hearing assistive device through hole component kit called Wear. Wear is a device that was made to provide a low-cost hearing aid alternative for individuals who suffer from hearing loss and is designed to be used when a hearing impaired individual is interested in having a quality conversation in very noisy environments like family gatherings, restaurants or meetings.

This wearable assistive device has been engineered and designed to improve the quality of conversation, while aiding in reducing extraneous noise. Similar to listening to your iPod, users connect their personal headphones to the device that is worn around the neck. The microphone creates a directional sound lobe 3-6 feet in front of the user. The device amplifies sound directly in the circular zone in front of the user, while reducing noise outside of the zone. The Wear can also be used as a high quality commentator’s microphone, for interviews or for general recording.

Latency (delay) imposed by digital signal processing is detrimental to the hearing impaired due to lip sync (lip reading) difficulties. For that reason we used an analog circuit design with no measurable latency. We incorporate a technology using a beam-forming array of 10 microphones that create a circular 6 foot zone. Acoustic waves generated in that zone (coherent) reach the microphones at the same time so they are amplified. Sounds from further away (non coherent) reach the microphones at different times are not amplified. This creates a near field to far field signal level difference of 10 to 11 db. That 10 db level difference improves the intelligibility of near field conversation. Our research over the past two years has allowed us to reduce the size of beam forming arrays to unprecedented small form factors in a lightweight package using low power. All of this is done without digital signal processing while maintaining hi fidelity sound quality so that the directional microphone can also be used for general recording applications as well as an assistive hearing appliance.

The open source kit uses through hole components and comes complete with double sided circuit board, all components, a battery, and assembly instructions. Check out the kickstarter at: 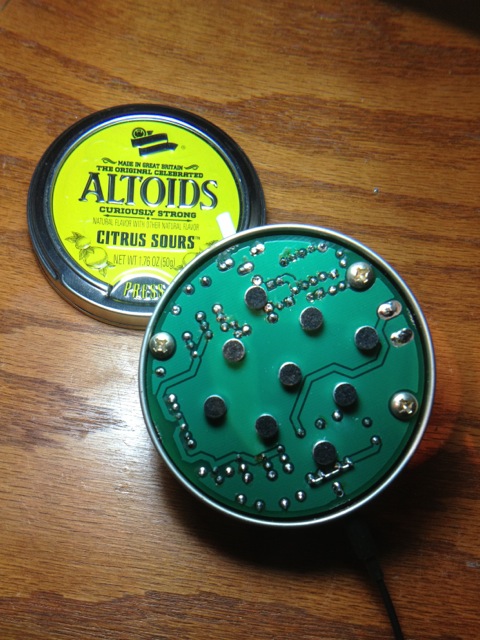