The desktop machine by the 3D printers has been in an unusable state for a while. I took some time today and re-mediated the problem for now. As follows:

So, now we not only have a 100% functioning Ultimaker again, an Anet A8 and gigabot, but also a convenient computer set up for slicing and printing!

I’m sorry if anyone had important files on this computer that were deleted, but it really was really truly unrecoverable and beyond all hope. I’m sorry for your loss.

This brings me to some reminders:

3D rage is completely capable of doing 3D printing and fab-labing it was intended for with linux mint. In fact, it’ll do it a lot better, faster, and without a zillion bytes of malware.

Did we ever upgrade that computer to a SSD?

He is probably referring to the actual “floppy” disk and not the “stiffy” 3.5"

I had someone ask me get them some more of the CH disks one time. When I asked what they were talking about they showed me the 3.5" disk held so the High Density (HD) logo looked like CH.

Just be sure not to lose the boot disk.

P.S. You got a mini-disc lying around there as well?

Thanks a lot for doing that Lorin. “De-shittify the FabLab PC” has been on my to-do list for a while now. Also, Floppy disks? Geez, what decade are you living in? Everybody knows zip drives are the future! 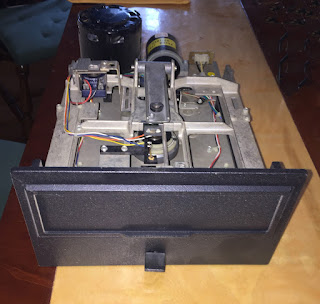