Early this morning Dark Ian pointed hive13.org at our new website design. It is probably about 80% done and I plan on doing a lot more polish work this weekend.

Hopefully everyone likes it! Anyone who had access to the blog previously just needs to go to http://hive13.org/ghost , type in the email they used on the old blog, and hit forget password.

The wiki has been moved to a new server as well and is way, way faster than the old server!

Huge thanks to Joe Sikorski for coming up with this awesome design (sorry for butchering parts of it :p) and Dark Ian for helping get it all set up.

Can I suggest one tweak – could we consider changing the “open”, “closed” to “open to public” or “closed (members only)” or something… I’ve been getting a lot of people telling me, oh I don’t want to join because the space is always closed. I think people don’t understand it is 24 hours for members. We could just simply say that right by the status.

Part of my plan is to update, I have just been busy trying to get the rest of the site in decent shape.

Right now it is basically a new theme with all of the old content.

I was kind of thinking occupied/unoccupied, but that sounds too much like a bathroom.

I’ll sit on this one for a bit to come up with something better. Anyone have any other suggestions?

Lorin, I like your idea of ‘Members only’ and "Open to Public’ or ‘Open to visitors’ status messages.

I suspect that the people who say 'Oh I don’t want to join because it’s always closed" have not actually shown up when the Hive is open to find out the access situation - if they say that after having visited the Hive-THEN I would be really confused as to how they got that idea - Since we make it pretty clear that once you are a member you have 24/7 access.

Making it clear on the website that we’re all partying at the hive 24/7 will get more people visiting in the 1st place!

I thought the sign on the website was actually used internally to know if another members is at the hive or not … I agree with lorin that the open and closed can be confusing to the public. To eliminate this confusion we do as Jon suggested and use occupied or unoccupied

Makers Presently Tinkering “YES” or “NO”

It should be funny, but clearly worded

It is a bit confusing to outsiders.

Something is wrong…
Currently on CBell DSL 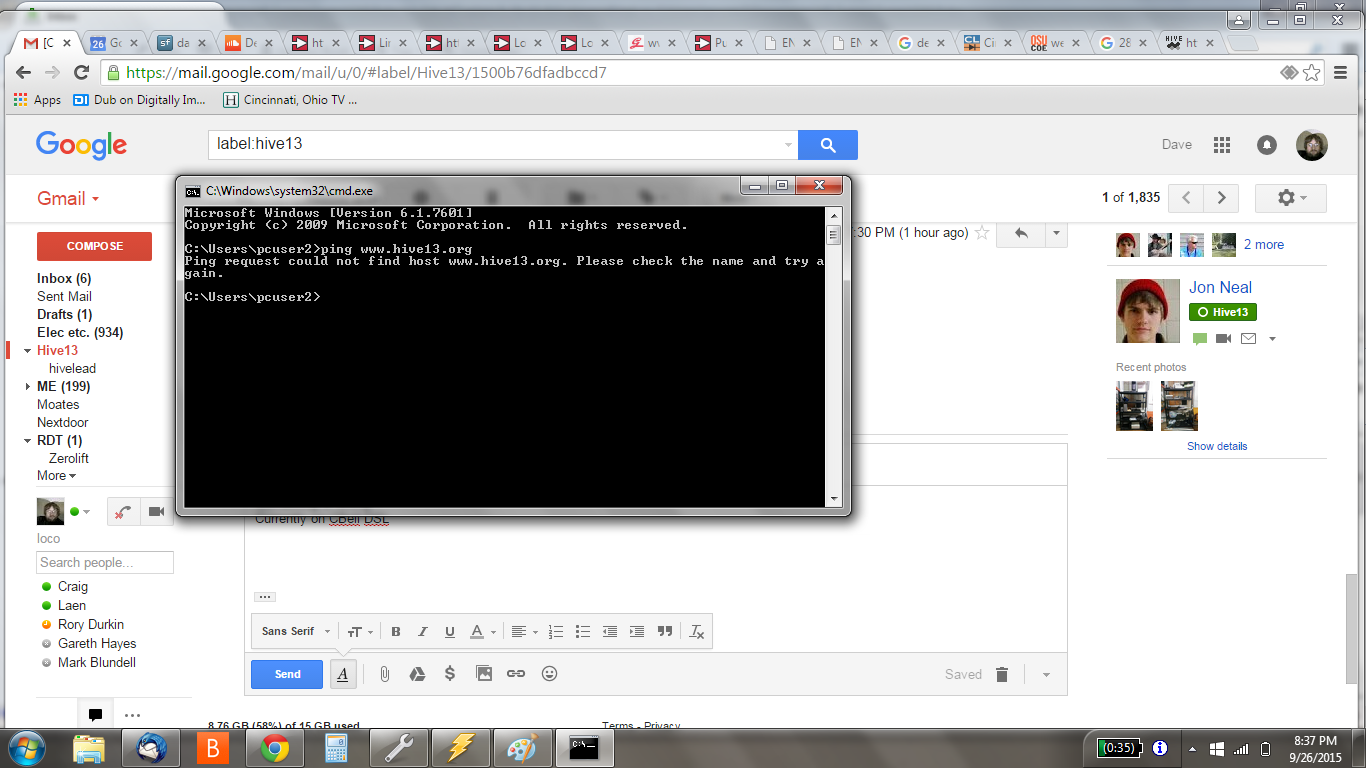 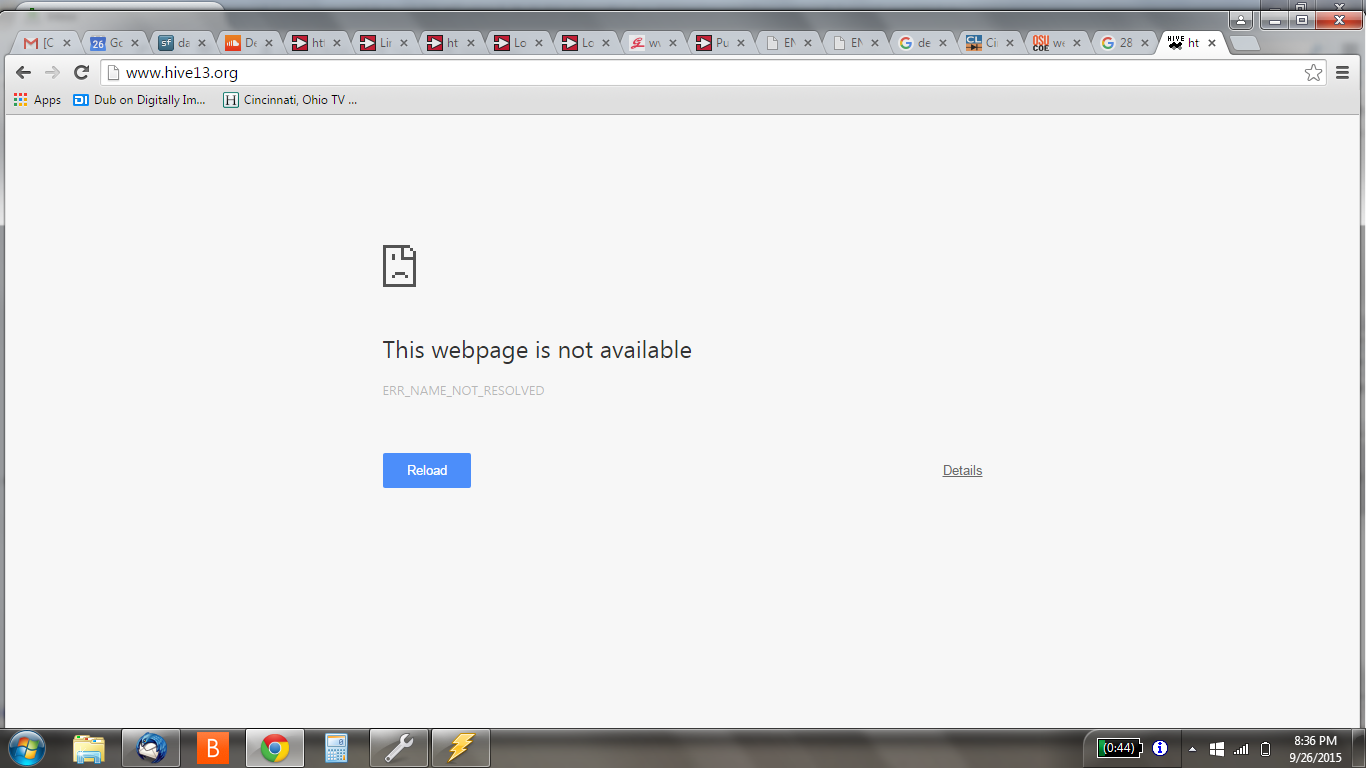 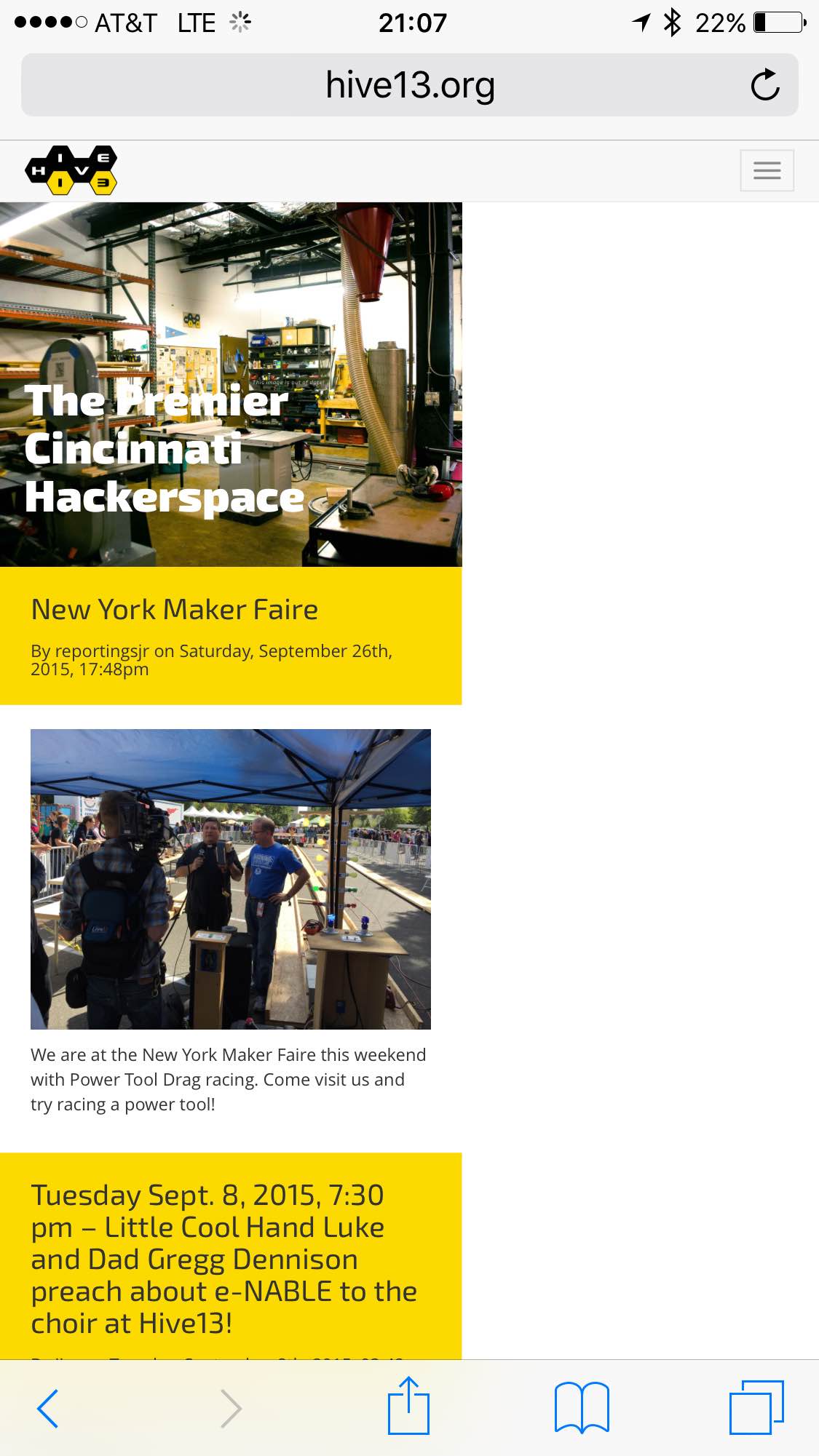 Everything looks fine to me. What’s the issue?

Sorry, missed the screenshots. I can see the website fine from home and from the hive. Might just be a caching issue.

It is offline for me.

The “www” subdomain hadn’t been switched over. Fixed now so you can check that in 30-45 mins probably.

In the mean time just go to http://hive13.org without the www.

Also Ian, that is the mobile site. There are a few embedded youtube videos that are currently forcing the layout to expand. I’ll try to fix that today.

Yeah that was my bad, I though the www subdomain was on there already. We are making good progress. Once we’ve got everything nice and stable I’ll start working through my backlog of wiki upgrades (because it just wouldn’t be Hive13 if something wasn’t being broken in the name of improvement

New website looks good when I saw it yesterday, BUT just went to refresh it and it's load a blank white page.

New website looks good when I saw it yesterday, BUT just went to refresh it and it's load a blank white page.