There were some donated din rail industrial electronics in the annex. Most of them are still there, except what I need to complete a distribution / safety system for the lasers:

they look like this (more or less, this is just a google image search): 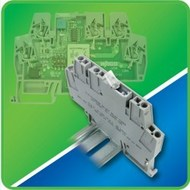 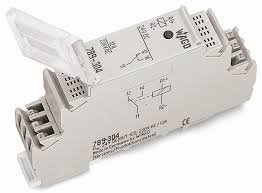 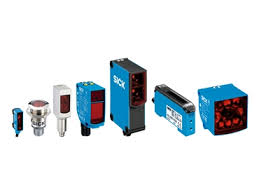 We still have the big safety relays, SSRs, temp controllers, timers, breakers, etc. But I need simple relays and a couple photo sensors.

I was planning on using this din-rail stuff at hive because it is robust, handles 220V, and, most importantly, will tolerate emi surges and back emf generated by these machines. The transient back emf and various surges are part of the reason our lasers keep getting weird on us. An inexpensive laser has an inexpensive PSU and power distribution. Ours even has a wall-wart just slapped inside.

Also, this is all 220V, so the relays I now have on hand will not work.

SSRs are not ideal in this application, as they are not forgiving of surge and back-EMF looping through ground loops.

Anyway, anybody seen them? Did they get thrown out.

If needed, I can order some, but they were all laid out and ready for assembly a few weeks ago, and now they’re not…

They were in a box above the electronics benches when I was looking for power supply stuff for the plastic bender.

The safety relays, 24DC PSU’s, and a lot of other stuff is in there, but not the plain vanilla relays or the photo units. I just need those.

Those safety relays could be wired as plain relays, but they’re huge and overcomplicated for the job (they don’t fit a normal size box).

I think a lot of the DIN rail stuff got “released to the wild” during one of the cleanup sessions. It was on the table in the FabLab for a bit, along with some photoeye detectors and barcode scanners.

was it in this stuff?

Yes the far right picture was most of the DIN rail stuff. 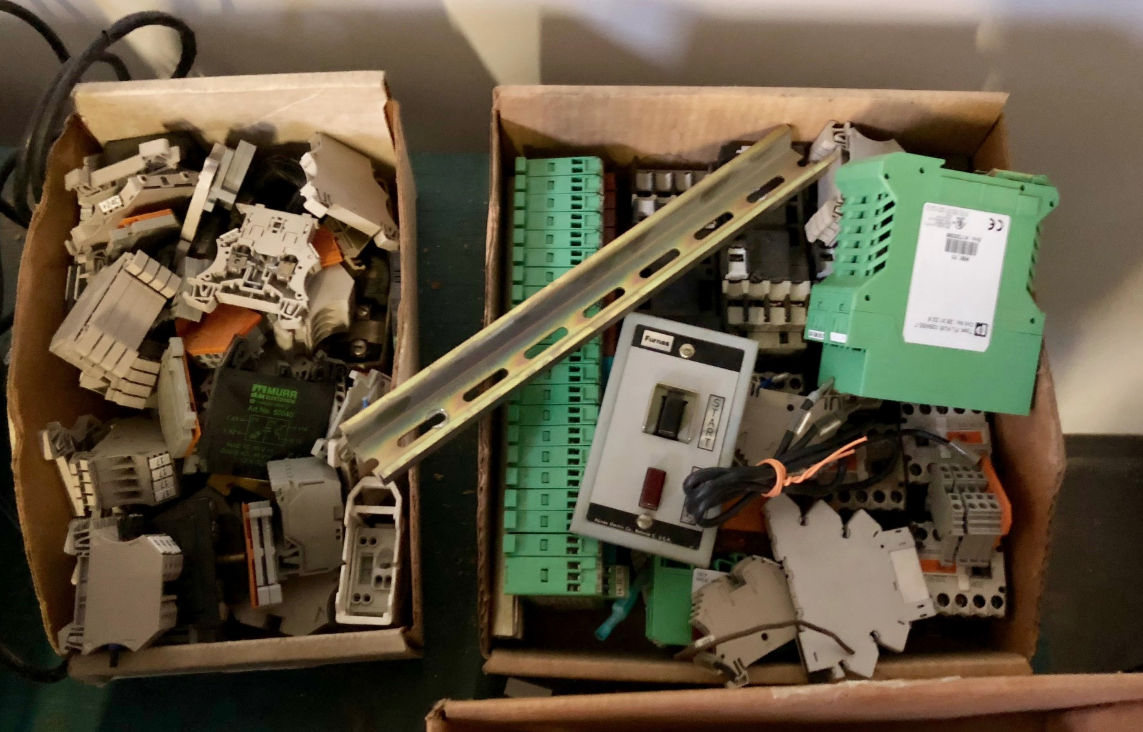 Lorin, what are the specs of what you need? I might be able to grab something from the used stuff pile at work.

ALL of those pictured in both those boxes are missing.

Did they go somewhere else?

The latching relays would be nice, at least the SPDT. We only have 2 heavy loads, so only 2 high amp contacts are needed.

I have everything else. I have 24V PSU, so 24VDC control would be best, but I could do 12V if needed.

Also keep in mind that I have trouble finding and getting things at hive due to my 10-15lb lifting restriction. So, giant 50lb boxes full of stuff is not doable for me. I often miss things simply because I can’t move things.

I didn’t register that those were being dumped, as the discussion was about oscilloscopes and stuff.

I am now going to assume that it was all thrown away. I’ll need to make some orders. That was at least $400+ (if not $1000) in top shelf Siemens and wago stuff. I guess I’ll need to hit mouser and Ali Express. That’ll be fine and probably $50 or so for opto isolated relays with latching, etc. At least we still have the power supplies, regulation and protection units. Those will keep the crappy psu’s happier

I tried to save it as I knew it was good stuff but the “clean house” crew was persistent.

We do need to purge stuff on a regular basis or we will become a storehouse of old stuff.

I’ll keep an eye on more industrial electrical stuff in the future.

Well, there were a lot of nice electronics from that batch that survived. The only difference is that the stuff that “made it” looked cooler (had knobs or LEDs, etc).

I agree we didn’t need that whole box, but we could have saved just a dozen of those relays. That wouldn’t take up much space, and would be easy to organize.

I’m not really too upset. It’s actually kinda funny. I remember folks sorting 0.01 cent resistors during the electronics move, but we toss thousands of $$ of industrial controls? Knowing those brands, some of those were likely platinum and rhodium contacts. Only at hive13…