I’m going through the storage slots to assign slots to new members, and I found some stuff in unassigned slots. Does anyone know who this belongs to? 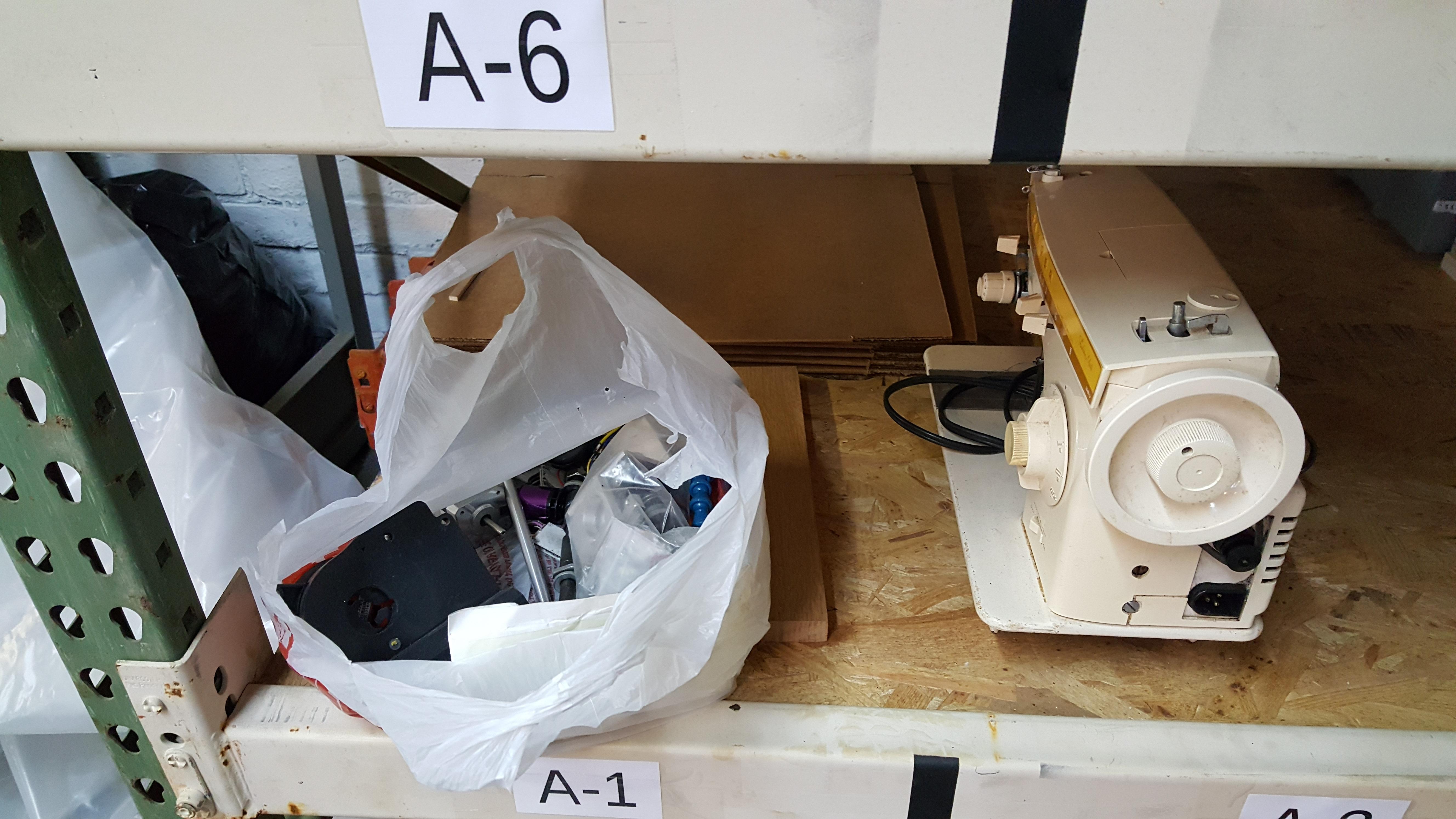 The sewing machine appeared on our doorstep recently I sat it there to get it out of the way,
I need to go over it then put it with the sewing stuff

Tiffany mentioned in recent conversation that she’d donated the sewing machine and food dehydrator that appeared a couple ago. There was some trouble with the door reader (since resolved) so she set them outside the door then forgot about them.

I don’t think the bag of electronics and articulating pipe arrived in the same batch though, so that mystery remains.

Articulating pipe??? Sounds interesting, what is it?

Thanks Greg!
What about the vertical storage in the wood shop?
There's a spot next to Lorin's that seems to be unused, unless he has two spots.

Ryan,
Do you still need some help with the plastic netting?

Nope, I just got the one.

Paul - that slot is now yours. I’ve added it to the wiki.

Does anyone know who the stuff in the bag belongs to?

No one has claimed the stuff, so it’s been moved to Shelf E on Purgatory.