This guy just emptied the jar. Do you know him? 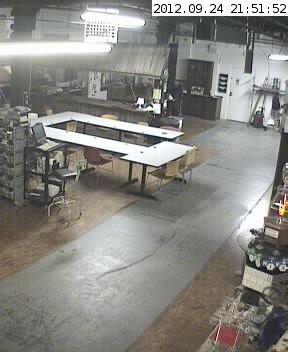 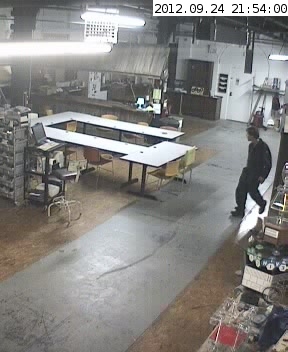 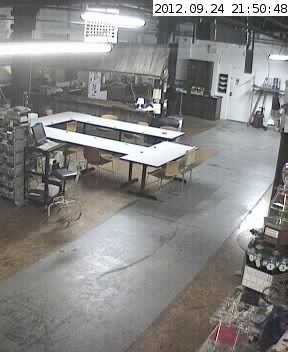 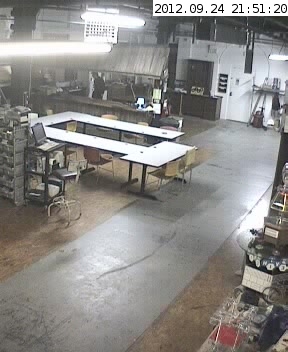 Wow! Did they come in the front or back door? (ie, do they know our access code or are they getting in via an unsecured door)

I’ve noticed our door has been set to “unlocked” a lot. I keep setting back but usually even during the meeting somebody seems to flip it back to unlocked. I don’t know who this is, but even if we change the door code…if people keep leaving the door unlocked it won’t help.

They came in the backdoor. They didn’t spend too much time looking around either. Total time was less than 5 minutes.

He’ll be back if he thinks that he got away with it without being noticed or filmed.

So I just got a call from Grant (the landlord) and he said that over the weekend somebody came in through the back and entered the electrical closet. From there they took a sledgehammer or something and busted up a hole in the wall, big enough for someone to climb through. They then entered the stain glass place next door…it gets better…they then start to pound a hole into our space (in the dirty room). It looks like they got spooked or tired or something and didn’t get all the way through. They left with only take a small jar of pennies from the stain glass owners area.

The police have been notified and I forwarded the images I had.

holy crap! this is ridiculous!

surprised they didn’t just grab a bunch of the electric wire to take to garden st. It would have been worth more.
-DB

Glad no one was there, usually they check to make sure the space is dark I guess, but what if this were to happen when someone is there with the lights out watching a movie in the lounge?

This is more than a stolen property and damaged property thing now, it is a safety issue. Please let us know what the police have to say about it/ any precautions or advice they have. Thanks