with the elections done, this will be my first business meeting as
secretary. dave menninger did such a great job in this capacity that
i have some pretty big shoes to fill. i think i speak for everyone
when i say "thank you" to dave for all your hard work this year.

to my knowledge, the only old business left over from last week is the
party this weekend and the re-working of the remote access bylaw that
craig proposed but others wanted some discussion on. if there are
other items, please let me know.

new business and announcements include a proposal to switch to time
warner for internet access and the addition of some reverse
engineering classes to the training lineup by craig and int80.

if there is any new or old business that i am not aware of, please let
me know and/or add it to the meeting agenda here:
http://wiki.hive13.org/July_20,_2010

thanks and see you there

Just for clarification the ‘Craig Initiative’ is purely a voting amendment. Just like a US citizen
can do an absentee vote for president of the United States. A paying member of the Hive can
remotely vote on such important topics as t-shirt orders and TW cable. Gasp I know, I know.

So I stole Paul’s clarification and posted it into the wiki agenda. Thanks Paul!

Hopefully with the
new clarification (and a quorum) we can pass this bylaw amendment. You can still feel free to meet at the
Hive for physical debate on voting issues.

It still seems to me that it needs to be worded differently. I think
we all understand the gist of what you're going for here, but it's not
clear *precisely* how the bylaws need to be changed (if at all). The
way things are now, I don't see anything that can be voted on. I
tried to write my amendments kind of like a diff - at least
conceptually. They said which line was going to change, what it was
before, and what it will be changed to.

i thought "the craig initiative" sounded very political, like
something you would see in cspan

Oh I thought we were just clarifying the section we recommended changing last time.

Ok, I would like to modify the section “Votes of the Membership”
In area### Quorum

To have the following picture as bullet 3 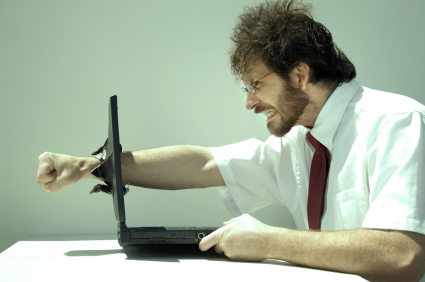 Personally, I think we can accomplish pretty much what we all want without changing the bylaws. We can have polls online that don’t officially count, and then we can look at those polls when we are at our in-person meeting and see what people wanted. Then the in-person voters can vote in agreement with whatever was already decided beforehand. This avoids the issue of coming up with an alternative meeting type existing online and lasting for multiple days which is confusing. This would rely on the people at the meeting agreeing to follow the will of the people that voted online, so there is a ‘vulnerability’ so to speak since the in-person voters could ignore the online vote. It sort of treats the online vote as a discussion tool to find out what the consensus is, but not as an official vote. So it’s not perfect.

All I’m saying is if we’re going to do this whole virtual meeting thing and it’s not going to be a real-time virtual meeting - which is kind of what’s described in there already - then it’s got to have a lot more detail about exactly how it will work.

Not a virtual meeting. Just the ability to do remote voting…absentee ballots, whatever you want to call it. Online voting counts towards a quorum. That’s what I’m getting at. It’s mainly for those people who want to participate with the space but can’t make it on Tues or for those who can only show up once a week and would rather hack at the hackerspace than vote on tshirts.

This has nothing to do with how many meetings (virtual or not) you want to have. This is just to help facilitate participation and allowing any paying member to easily vote on the direction of the Hive.

Oh and before I forget a picture for no reason… 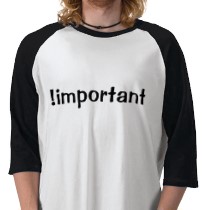 I agree with what you’re saying. I think we all pretty much get what you’re trying to accomplish. It’s just a question of whether what you want can be accomplished with an amendment to the bylaws. The amendment we voted on last week failed so we need a new amendment to vote on if we’re going to vote on one tonight. I’m too busy to write it myself. And I’m not convinced it’s necessary. Sorry.

Let me try to address your other concerns, because I can tell that this isn’t really about online meetings or amendments or whatever.

(1) We vote on stuff that’s not important making the meetings unnecessarily important.

I can see the argument there. I think we should vote on all issues that would effect all members. Mainly this is official actions that require votes like elections and amendments. Also, this should include large expenditures of money. What qualifies as a large expenditure of money? I don’t know. If the club is going to spend over $150 on something, I would want to know about it. Maybe we need a rule that says that any expenditures below a certain dollar amount can be made at the discretion of the board and anything above that should be voted on.

(2) Meetings are too long and there’s not time for doing hacking.

Again, I agree. It should be possible to run through the agenda and vote on things and announce the things that need to be announced very quickly - I mean like 20 minutes or less. I don’t think the length of the meetings is due to excessive voting though. I can count on one hand the number of times we’ve voted on things that weren’t unanimous. I think the length of the meetings is due to too much discussion. Don’t get me wrong, I love the discussions we have. But the business meeting exists purely to do the official actions. In the past I haven’t felt the obligation to cut discussion off since I felt like it wasn’t my job. That’s one of the reasons I ran for president because it’s the president’s job to enforce the rules of the meeting. What if there was a rule that said the meeting must be limited to an hour or less no matter what, and anything not done in that time has to wait until next week?

I’m just trying to throw ideas out there that might help. The two new rules I mentioned above would be easy to write up as amendments, or we can just follow them informally. The concept of online voting counting towards a quorum is still just a concept and it has not been developed to the point where we can vote yes or no on it. We can vote again on the same amendment that we voted on last week, but my prediction is that it will fail to pass for the same reasons that failed last week.

Well I was not at the meeting when it was voted against so I can not say. I was merely going on Paul’s recap of the voting results. In his recap he said the confusion was on discussion and meetings so he made those clarifications that were posted on the wiki today.

I think voting on things is important. Even silly things. That’s how you can participate in things and it’s a good thing. I do believe that meetings are blown up to be more important than necessary. I think this tends to be more true by people who are able to be at the Hive more than others. When you have to pick 1 day a week to show up at the Hive and you are forced to come on Tues or you will not be able to determine the direction of the group you pay for, then I think there is a problem.

I am totally OK with Tues being Meeting day. It is fine if it takes all night. I also feel that is a good day for it to be open to the public. I have no issues with that. Until I resign from the board and as CFO I will be there whenever I can. But you should not be penalized because you can’t make it on Tues.

If this issue was voted down then there is no reason to bring it up tonight. If it was just put on hold until further clarification then we can vote on it again.

The part I would like to see changed is in the definition of a Quorum:

FROM:
For the purposes of calculating the quorum, properly submitted proxy statements by members shall count as attendance.

TO:
For the purposes of calculating the quorum, properly submitted proxy statements by members shall count as attendance as well as votes submitted via authenticated online polls as described in the section: Remote Voting

Where the Remote Voting section is:

“A poll can be brought up online to handle collection of votes as long as the online voting system authenticates users as Hive members. Once the poll has been circulated via the mailing list there will be a period of no less than 7 days to vote on the topic. After the deadline the online poll is locked so no further votes are possible and the results are included with other voting methods described within the Bylaws to reach a quorum.”

Is this a satisfactory request for a bylaw amendment? Do I need to post it in the wiki? According the the current bylaws I simply need to submit an amendment to the board one week prior. Personally I would consider this a clarification to what was submitted before but I suppose we could wait until another Tuesday.

Yes. This is good. We would be able to vote yes/no on this. Thank you. I’m sorry if I was seeming combative before. I didn’t mean to.

Getting all the kinks worked out like this online beforehand is how it should be, imo. I think the discussion today was productive. If we can get these type of things done online in advance like this, I think it will result in better meetings.

As far as whether it can be voted on tonight or whether it needs to wait a week, I would say it’s probably fine to do it tonight.

We are moving ahead with getting Time Warner internet installed into the space ASAP.

There will be a clean up night this Thursday to get the space clean and organized for the Party this Saturday.