This is a place for us to discuss exciting ideas for what we would like to have at the cincy Maker Faire this weekend.

In past years we have hosted a Learn to Solder and kitchen science events.

Currently a suggestion is to build a trebuchet to toss water balloons or small produce. There is a working scale model in hive in the work table.

If people have more ideas we can chat about them here. In a week or two we can set up an actual meeting of people that are interested and chat further.

Chime in if you have an interest in being part of the event.

Will (+): I have also been considering trebuchets for the Cincinnati Maker Faire.

To build on your idea, I would propose the Hive provide an activity based on an arsenal of three identical machines designed and sized to toss basketballs. The machines would be positioned on the high ground to launch down into the valley at the Hamilton County Fairgrounds site. We would have a portable basketball goal out in the down-range valley to be the obvious target. We would advance publicize to have kids bring their own basketballs and/or use basketballs from our stockpile. We would run a non-stop video feed to record all volleys in hopes of capturing the one shot that landed in the goal to post on YouTube. We could even turn it into a “Split-the-Pot” charity fund raiser at a buck-a-chuck all day long. Basketballs would require less clean-up than water balloons or small fruit. Seeing a three ball volley arc over a nine-court length heave would be a significant plus-up to the standard half-court shot. The kids would get plenty of exercise retrieving the chucked basketballs. For the STEM engineering angle, we could provide CNC-cut go/no-go gages for standard basketball size and weight scales, a wind speed/direction weather station, and example trajectory calculations to inspire each kid to dial-in just the right aim for their trebuchet shot. We would have a warning horn and 3-2-1 countdown before each volley and the down field team would wear hard hats as they mark the distribution pattern of landing spots for ever-improving accuracy and initiate ball recovery. I’ll post more later on assorted trebuchet design concepts if this idea grows wings.

I would like to setup a van lilely with hive banners on each side and bring one of my rc race/ jumping trucks and setup a small ramp and landing to clear the van. I have set it up to clear a decent sized ranch house sucsesfully however i dono how much space we will have… i do have a lot of spare parts lol but we could get a Cincinnati Evil knievel how many cars / vans can gou jump and make it open to thd public. We could show the math and physics behind how and what it takes to go x amount ofv height and distance.

I think that would 1 up the hot wheels crazy expensive loop that didnt work in detroit.

Given for detroit we could add it over top of ptdr and i can put tbe new Ford Raptor truck body on it that would draw a way bigger crowd than hotwheels with 100th the effort in build time but 100 times holly hell that brushless electric motor hauls ass!

. My parents mastiff passed away 3.5 weeks before mine so we all have been down however… an put of the blue type of miracle landed on us in that Katie and I, my parents, and her dad ended up being blessed with 3 siblings (2 females are oirs and my parents, the male is her dads) that are presa canarios. That was the same breed as mina that i always had down there, so we are dealing with the hard hard weeks of training pups that are into everything. Ours is Lucy, the tan (light fawn) with black muzzle, and my parents is the brindle. I have to train them hively 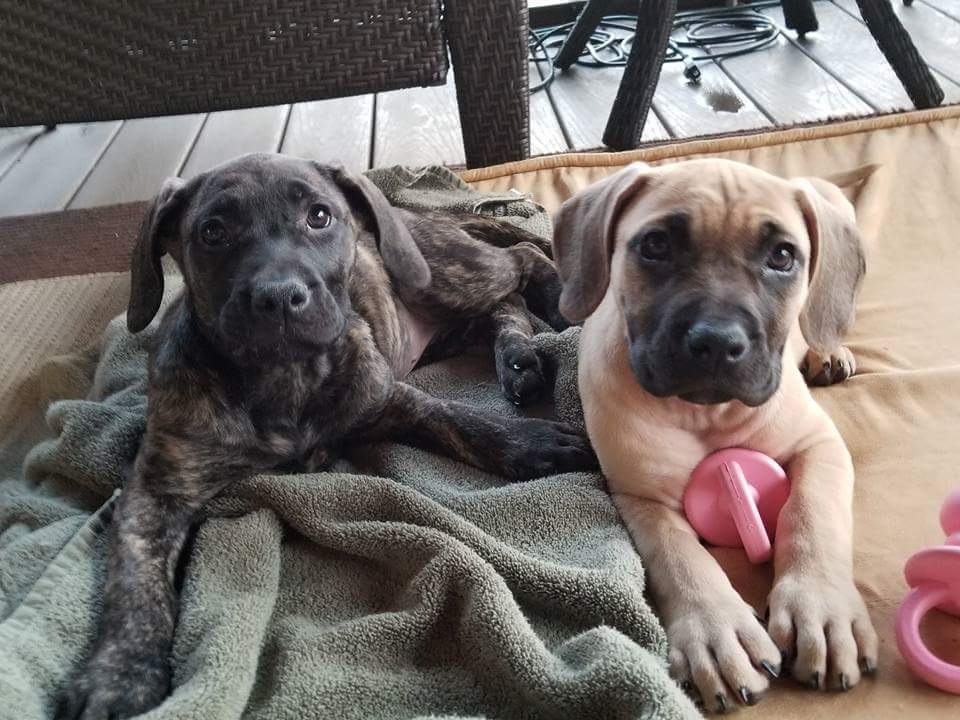 Sorry to hear of your loss.

The new ones look adorable.

Jim, I was thinking similarly of having multiple items for people to play with. I had thought about having several designs similar to the prototype I have, with single differences. One would have a longer swing arm, one would have the counterwieght offset further out, etc. Largely it would be to show the differences these variables had. We could have the large one as a Hive13 Showpiece that we could toss something bigger.

I like the idea of having a wind speed monitor! I loved the idea of tossing a tomato or cantaloupe, or something that gives a satisfying slput. But I guess the tossing basket balls or nerf soccer balls might be a little more high brow, and would take a lot less cleanup.

The target is a must! My first thought had been several cardboard boxes painted gray line a castle, but the basket ball hoop would be fun, if nearly impossible to sink a shot in!

I talked with Will and Jim a bit about trebuchets at the Tuesday meeting. I built a medium-size trebuchet a few years ago–about 4 feet tall, good for throwing water balloons or bean bags. It’s currently disassembled but is pretty quick to put together.

I’d be happy to donate it to the cause, and help further if I can. However probably won’t have much time available this summer… 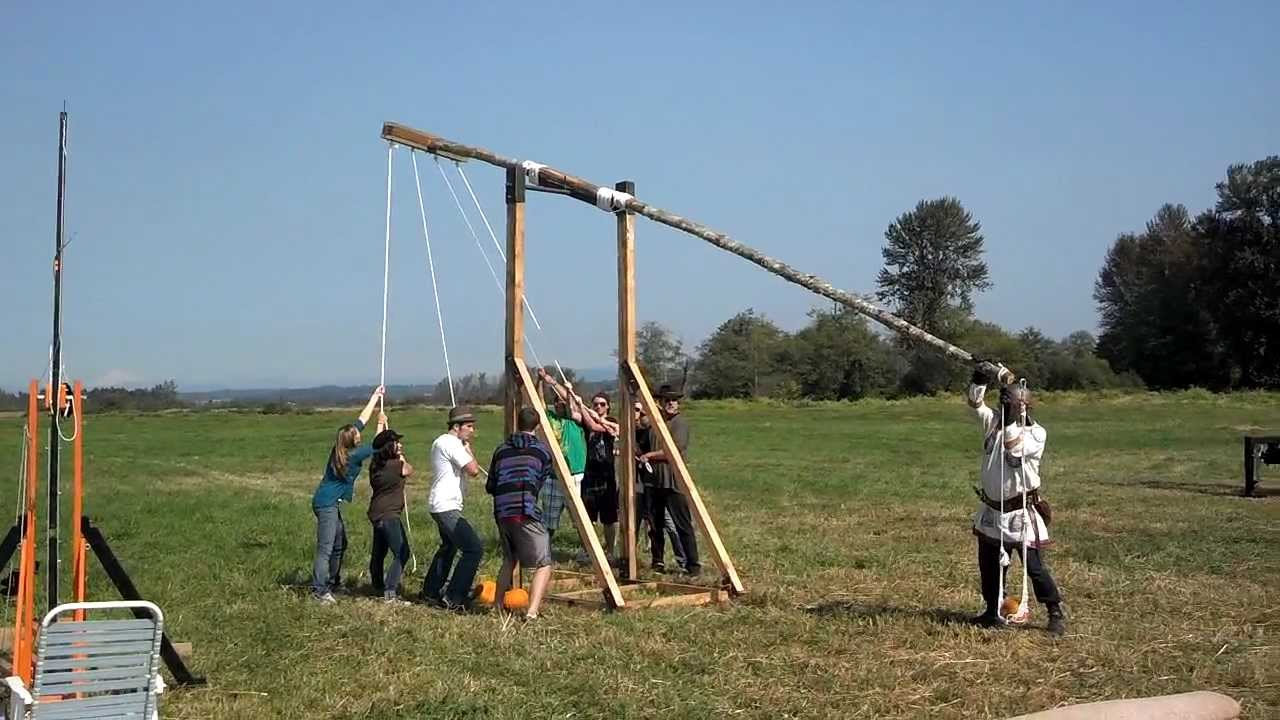 It is way-too-short notice but you don’t want to miss tonight’s meeting and extra special guest speaker.

See the blog post just made on the main site http://hive13.org

Be there or be square, JimD