I had a Mac mini shipped to me for work. I have it until Friday. However they did not ship the power cord. I went to the Mac store but the genius bar doesn’t sell power cords (apparently not even for laptops)

So does anyone have a power cord for a Mac mini I can borrow?

What generation? Apparently it has been changed a number of times.

Not sure. I believe it is newer. It is thinner than the old PowerPC based one I had. The plug looks like two circles partially overlapping like you see in some laptops. I’ll take a picture of it when I get back home.

Is it just a standard 2-prong power cord? If so, there might be a couple floating around the hackerspace. 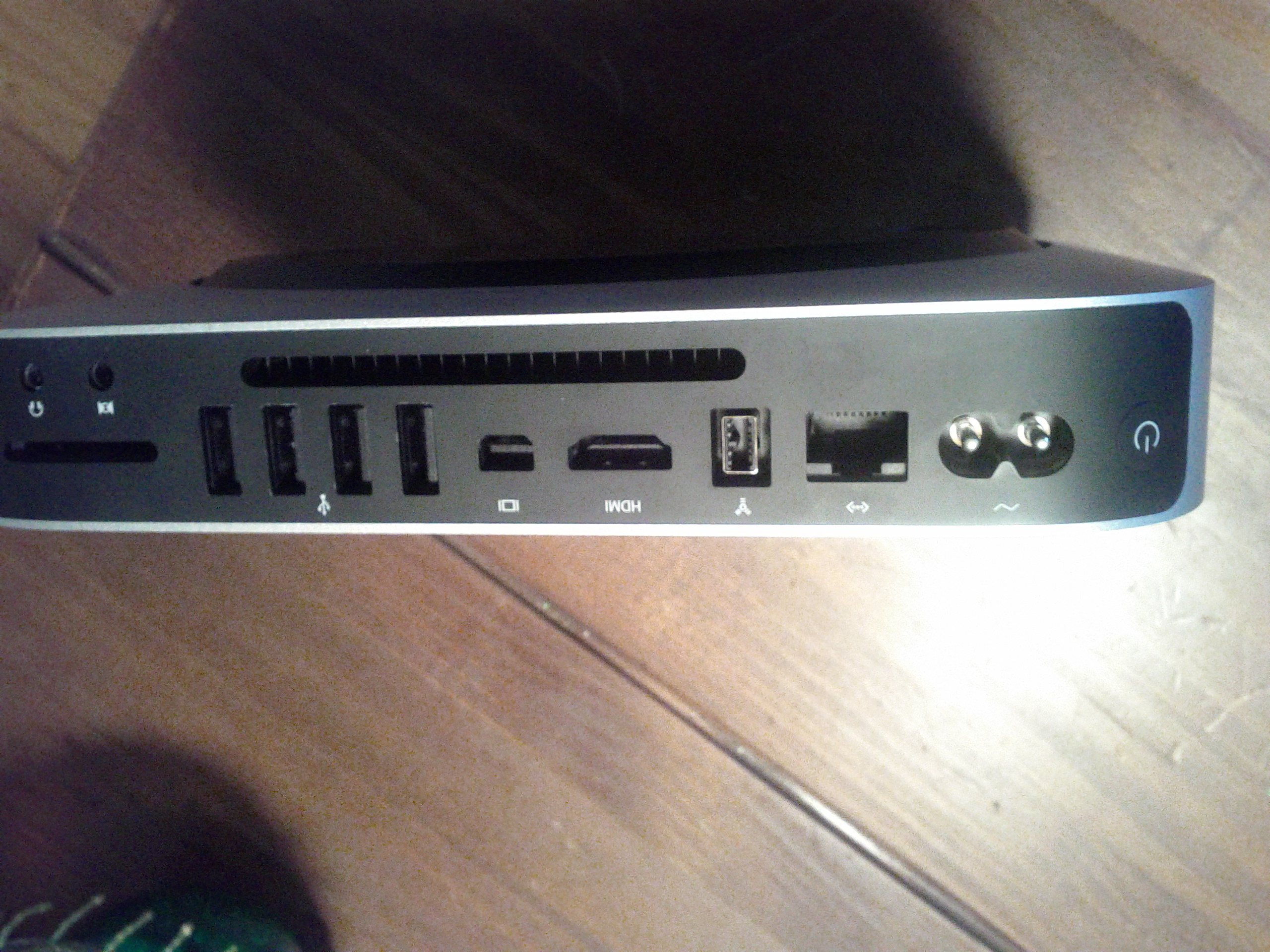 Paul’s right, that’s a totally standard office equipment power cord and we had a couple around last I looked. It’s an IEC 60320 C7 cable…

I’m heading out to Anderson for dinner in a few and bringing him one.

Yup Dave B came through again! The mac mini is up and running. Now to get this gig over with so I can ship this thing back…