During the middle/lathe class yesterday, when the rain started, we had a massive leak in the window by the radial arm saw. There was a huge puddle/lake forming along the wall and into the space.

Thanks to everyone who helped. New member Jaison and Ashleigh (along with Ryan) really stepped up to help create a drain system that filled a large tub with most of the intruding water. 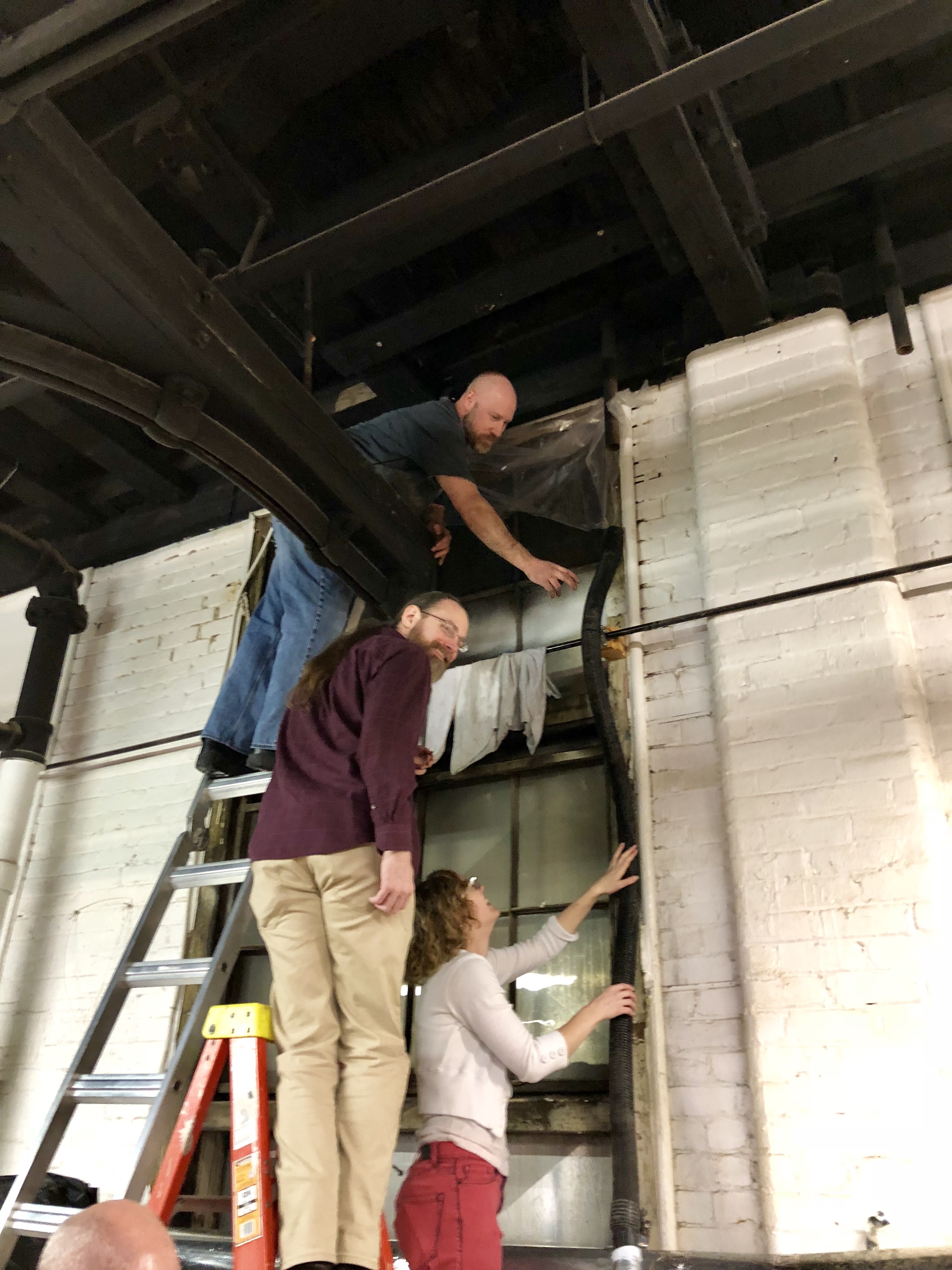 Looking back it may have been smarter to have a taller person handing stuff to Jaison but it worked out.

Ryan has sent a note to Garden Street for repair, but with their not-so-rapid response rate, I’d like to suggest a repair party to block off the window with plastic sheeting and create a drain out the window to avoid having to worry about emptying the tub. (If we had to pay for water maybe we could start a reclimation effort but I don’t think it’s needed).

I think some clear/translucent think plastic sheeting could be installed across the entire window and the base of the window sealed up along with some drain holes created to the outside. The A/C units should be properly covered and sealed from the waterfall.

We should have some thick plastic sheeting anyway along with a case of duct tape. We used the last roll yesterday.

I’d also like to go through our staple gun situation. I believe the larger gun disappeared.
Maybe we can buy the Flex Seal stuff and just seal the entire window.

Our contact at Garden Street replied a little after 8 this morning, and said they’d send someone over today.

I’ll provide updates as I receive them.

Cool.
Did things calm down at the Hive?
Anytime a system requires some constant maintenance (like emptying the bucket) I get nervous.

Yes. I remained at the hive until the rain relented, and emptied the catch basin before leaving. Due to the nature of the drainage problem, the leak only occurs during heavy rain. By the time I left, no water was accumulating in the basin.

I received a follow-up call from garden street maintenance a couple hours ago. I’m told they’ve approved budget to improve drainage and repair leaks on the roof. It will be a few days before they can arrange for a contractor visit.

Great, thanks for the update.