I ordered a new sensor for the laser and with the help of Lorinn, We now have a working Z sensor!
Tested and confirmed the bed actually stops instead of seizing up and causing problems.

A 330K Ohm has been placed inline on 24V and Output wires. This will be helpful for the next person to replace a sensor. 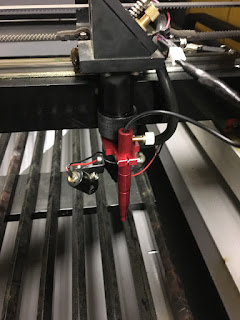 Let's document this stuff on the Wiki for future reference.

wow! way to go Tim and Lorin! so no need to z it using the metal cylinder anymore?!

Well it's not calibrated at the moment but it can be calibrated to not use the aluminum cylinder.

Hmm… working and now more idiot resistant. Not sure I like it…

Now documented on the wiki.

Where did the super cool red piece come from? Is that the sensor or a holder?

I also think we need to replace the main focusing optic in the laser head. It has a crack in it.
I think they are only around $20 on ebay/amazon. Just need the focal length and diameter.
Elly and I looked it up a while ago, they are pretty common. We should order two. I’d be happy to put it on the warden spreadsheet or at least spec out what we need after the meeting on Tuesday.

Found this aquarium pump that could provide assist air for the lasers. Only $36.
http://a.co/4EZ2NPx

Found some other ones that are 20mm diameter.

We can measure the lens, we have and decide on the focal length. Anyone know what we have now?
Is there a manual somewhere with a parts list?

I found this manual on their funky website http://www.wklaser.com/
Doesn’t talk about the focus lens diameter. Plenty of interesting grammar.

I wouldn’t worry too much Andrew! It’s we have lots of people who can test it.

If it's available for $20 I overpaid lol, I got it for 40. I ordered it off of ebay and shipped it from hong kong.

It's two parts and came assembled as one unit. The pen is the switch and the other part is the mounting bracket.

If you watch a majority of youtube videos with the g. Weike lasers this is the style the bracket and sensor they are using.

That sensor is the exact same model as the one that came on the laser cutter (but a different color… the original one was gold) .

It failed by being pushed out the top when it came in contact with the aluminum… which is the entire reason why we went with a non contact sensor.

No the $20 is for the focusing optic.

I didn’t look into the Z sensor.
Let’s work with what we have. We can also work on getting the non contact sensor online.
You should present a receipt to get reimbursed.

I wasn’t looking for reimbursement, just wanted to get it functioning.

I’ll try it against aluminum next time I am at the hive.

Bill, the sensor appears to trigger against various material types, I tested Acrylic, aluminum, and some scrap wood. 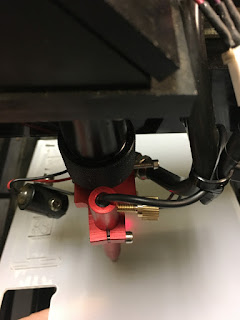 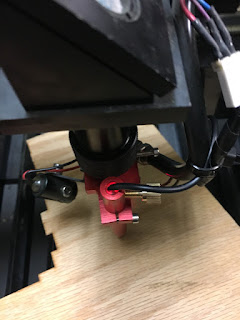 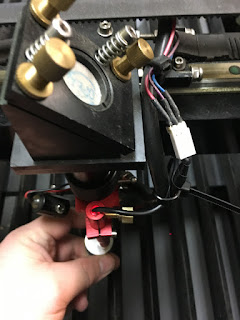 I believe before we formally go using this on the mainstream we may want to replace the other portion of the connector as the pins slide pretty easily. I left it unplugged for others to look at during the meeting. 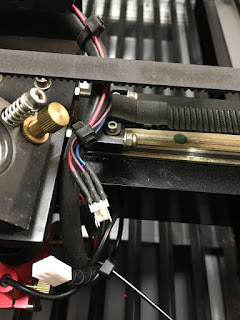 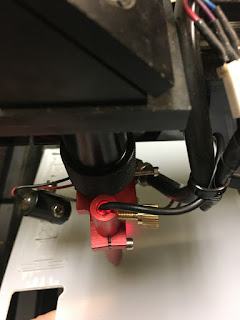 Keep up the good work Tim, glad to see somebody doing a bit of testing.

I think the trick was the 330K ohm pull up resistor. This sensor had great performance at the bench test, but did not play well with the laser electronics. It needed a fairly high load resistor to bridge the load & pull the open collector high. I wonder if the omron would not work better that way too.

But yes, this one would have snapped too without the added pull up resistor.

Bill also may be referring to the sensor slipping out of the bracket from repeated “presses” (vibration, in which case, I would advocate adding some loktite medium strength to the set-screw.