I have mounted the laser sensor to the big laser and it’s untested.

Some things that are definitely “less optimal”(as brad would say).

Thanks to Ryan, John, Brad and Lorin each having a hand in getting this together. 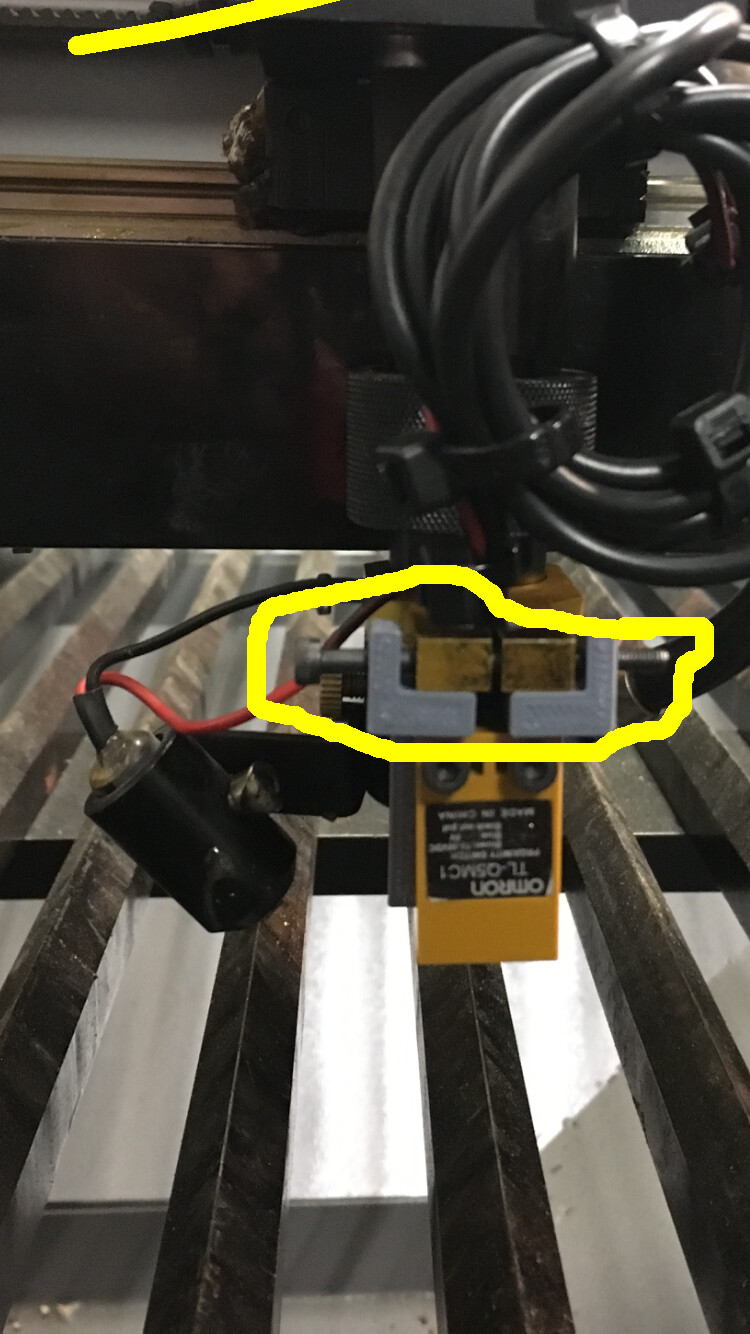 Looks great, thanks for doing this Tim. Hopefully we’ll have a functioning laser for some time.

As you said there is some room for improvement, perhaps editing the 3D printed piece with some slots for nuts
…but it looks like this is working solution which is way better than we were!
Mike

Tom Meyer was here earlier and showed me how to use the datum on the Z to detect the sensor.
The sensor lit up and it, changed lighting when the aluminum block was close.

However this failed and crunched the wood when we attempted to test.

I saw an email from Jon that the wiring was wrong, I corrected the wiring and tested again(maybe damaged the sensor from the wiring).
This failed again and I was not as quick to stop the Z as Tom and the Z is definitely not level at this point.
Sorry, guys I was no help and might have made things worse

Eh, trying your best is the only way to get better at something. And right now it’s broken anyway, so I don’t see how it can get much worse. Try to avoid breaking anything expensive, and fail early, fail often, and fail quickly. If you keep trying sooner or later you’ll succeed.