When I came in today I saw a job that was left on the CNC and the left gantry hall effect sensor was apparently damaged. From the looks of it a piece of wood was lodged inbetween the spindle mount and the gantry, this small particle of wood wreaked some havok by ripping off the magnet likely caused the damage to the sensor. The solder points on the sensor were completely removed from the board so I personally won’t be able to repair this piece. Does anyone know if there are any of these sensors around the hive? I also don’t see any significant labels or logos to distinguish an exact replacement. 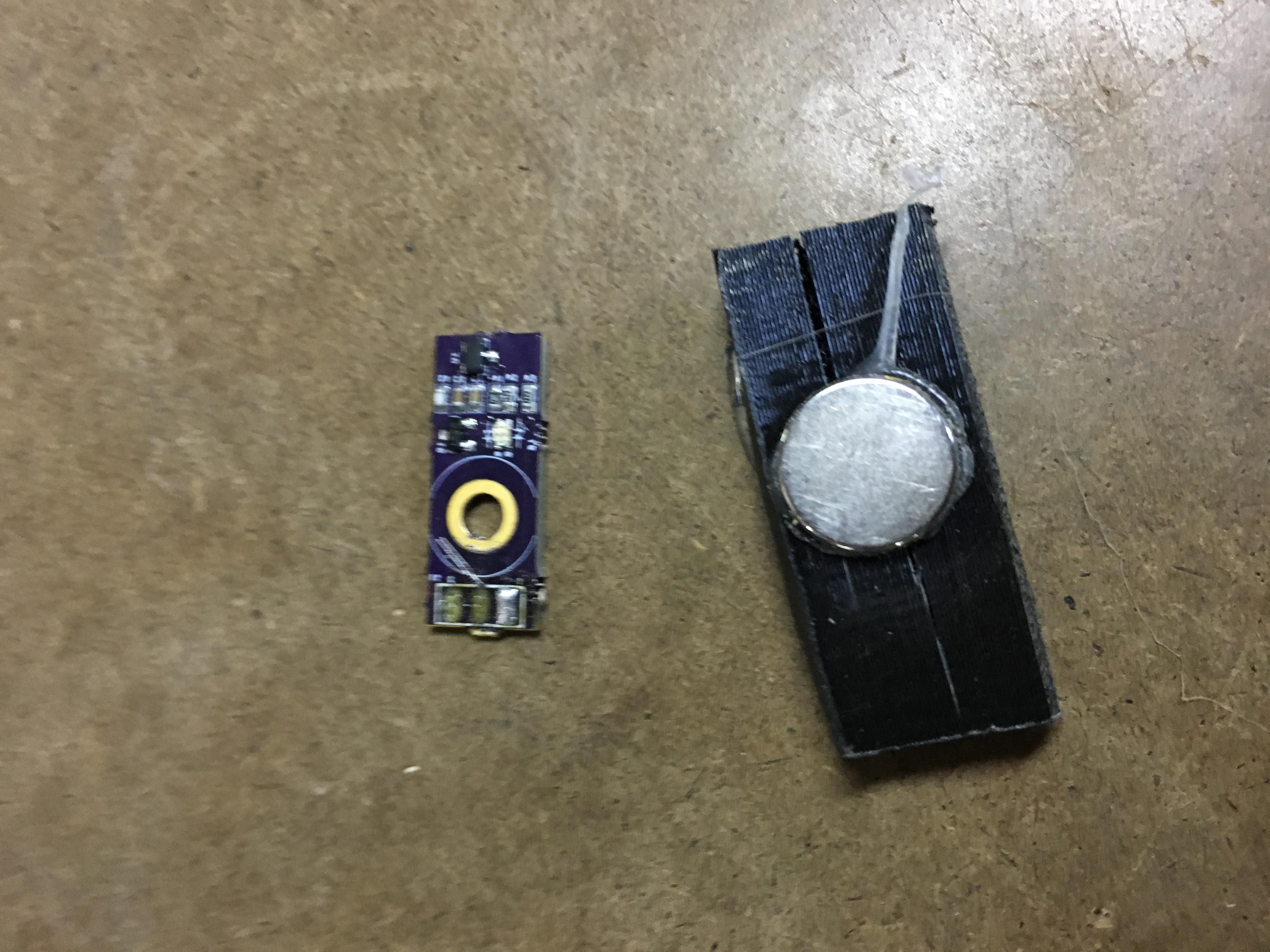 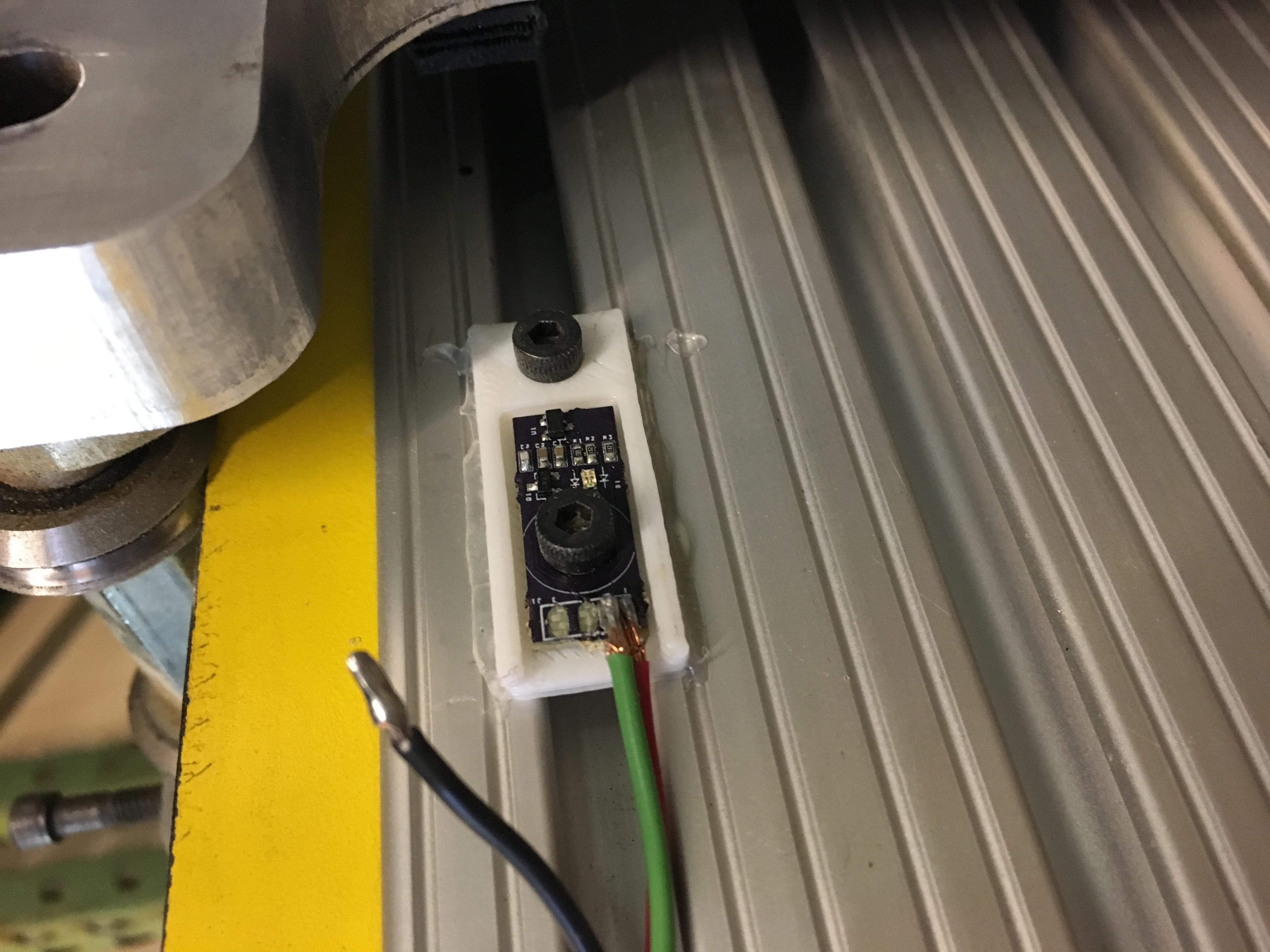 The hall effect sensor was broken yesterday per my post. The magnet with wood was still attached when I left. I left an additional 3/4 MDF temporary spoil board when I left. This was to ensure someone could still use the machine while the new spoil board was being replaced and the spindle was trammed. There aren’t any of these sensors laying around. Maybe someone can order some.

Yes the magnet was detached, it and a piece of wood were lodged horizontally between the gantry and the spindle mount.

I asked around on the chip and apparently these were pieces that we ordered all the parts for then placed solder paste on them, the components, then placed in the reflow oven. So Lorin and I tried to repair the part however it was severely damaged and the led won’t light and the sensor won’t trigger. So it definitely needs replaced(unless the power is no longer running through the cable) or we can change to a more mechanical based switch which I would personally prefer.

I’ll need to dig around on Fastor. I’m sure Julien left the gerber files for those boards around somewhere. We can just send out to OSHPark for another batch and transfer the components.

Might as well order a couple sets while we’re at it. It would be good to have spares, and some might go well on the shapeoko.

Probably best to do a batch if we continue using these. A few have gone out due to the same sort of accident, and we no longer have any from the shapeoko to donate…

If I may ask, why are these preferable to a high quality switch / spring? Not that I suggest changing, just wondering what the CNC gurus think.

I can order them on my osh park prime… I have a few other boards to order. How fast? You want swift or just regular?
-D