I dropped off a bunch of laptops and a desktop from one of my customers. They all work. Slowest are P4, fastest Core2. If they are unwanted I’ll take em to the computer recycling place.
Lemme know.
D 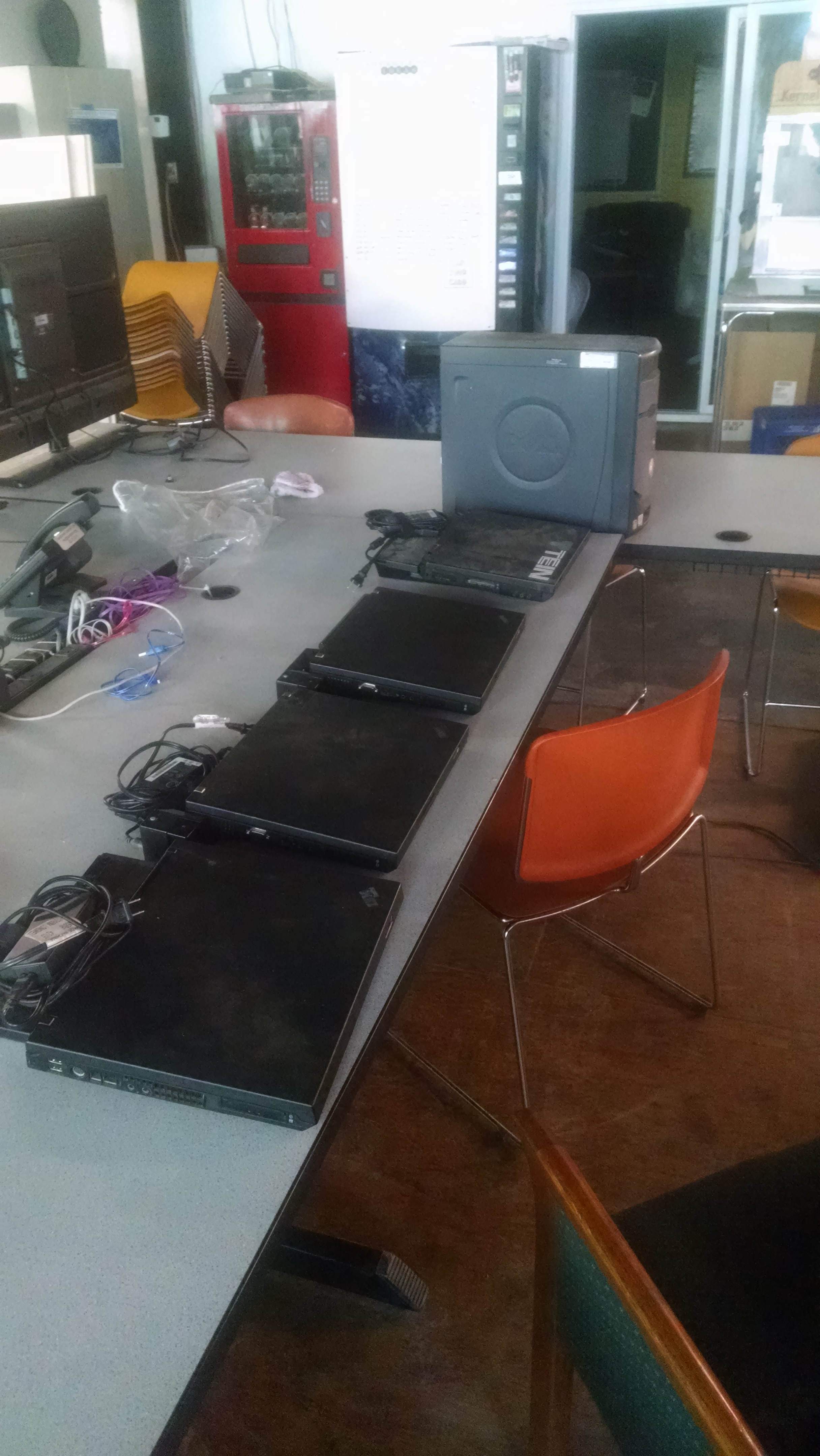 Hive gets first dibs. Whatever the CTO or other members don’t want for the space can make their way to purgatory and from there I don’t really care.

I took the whole dropping off of them before going to recycling wrong I just got home and saw the email. I did grab 2 of the laptops just to test function for setting one up for my polar 3d printer and DaVinci I can bring them both back down if needed or if the hive or you us ok with me setting one up for my old school polar that is not a cloud printing one. Please advise what is wanted by hive or higher powers

I would like to set up a laptop or two for students taking courses at Hive. If we’re going to offer more ongoing courses, newbies could benefit from having a machine set up for practice with new tools. In my teaching experience, tons of students don’t have the right libraries, applications, configurations, OS, etc to use some of our tools. They get exceedingly frustrated with all the complicated installs and setups and then give up. When they have a computer loaded up, they get to experiment and learn (then they usually tackle all the install, etc on their machines with new found motivation from seeing what’s possible).

I have a pair of small form factor Core2Duo desktops that are ideal for this. I simply need to scrape up two small capacity 2.5" SATA drives and a couple windows 7 or newer licenses for them. The P4 laptops are too slow for use with modern windows, but if the drives fit and they have usable license codes, that might solve both problems in one swell foop.

I also have a couple art project ideas for laptop screens. Magic mirror for the Hive13 bathroom, anyone?

Awesome! I think I got an extra sata at home. I’ll look for it

I will swing back down and drop those 2 laptops off, again sorry for the taking the post the wrong way lol. Also I might have some desktops with legal windows vista on them, I have to dig in my one closet lol.

How many drives do you want Ryan? What kind?
-D

Cool I’ll drop the 2 I grabbed to check out back off at the hive, I need to look at the specs and what kind of hard drives but I might have a desktop or 2 from my college days one xp pro, one Vista that were operational and used for gaming some years back. sorry to grab those I took it the wrong way and thought I might have a portable option for the polar

Ideally a couple small capacity (32 or 64GB) SATA SSD 2.5" drives, though spinning rust could also be made to work. Just something with enough room for a basic Windows Pro installation. The EasyCut software consumes no significant space, and I would prefer to leave these machines for dedicated laser control so I’m not expecting installations of other large packages.

I can get spinning rust for free. I can’t get SSDs for free. Gimme a week or so. How many you want?
-D