Hive13 as a shared space

I see the Hive13 hackerspace as a shared community workspace. It can only continue to function as a shared community workspace if we each work to maintain the space. This means respecting the tools of others, respecting the tools of the space, and respecting other members of the hackerspace. I enjoy providing new tools to the hackerspace because I know that they are not going to just be sitting around gathering dust in some drawer at my house. I like the idea that when I buy a tool for the hackerspace I am helping out the entire community. I can understand when a tool gets damaged through normal usage, however I expect that the person that damages the tool will replace it or at the very least leave a not saying that he or she broke something. Also on a side note, I expect that the tools will stay in the shared space, or if they are borrowed they will be returned in a very timely manner to the space.

We have recently rounded out our kitchen with a fully functional gas stove. This paired with our refrigerator, microwave and various utensils means we have a pretty well equipped kitchen. About the only thing we are missing is cookware. Since I frequently stop at the hackerspace straight from work I am generally hungry. To prevent myself from stopping at the first fast food joint I have been doing the following: I stop at a grocery store on the way home and decide what type of food I would like to fix, I then buy the utensils needed to make the food, and then I buy the food. It ends up costing me a little bit more than if I had gone out to eat but the end result is I eat healthier and the hackerspace gains some more cookware. Because of the reasons I stated above I feel that this as a whole improves the hackerspace for everyone. I get my food cooked at the hackerspace and the hackerspace gains some more utensils.

I am writing this email now for a couple reasons, but the main reason I am writing it is because of what I noticed when I came into the hackerspace Monday evening. Someone had taken the pizza pan I had bought for the group and used it as a skillet on the stovetop to cook some goetta, then just left the mess sitting on top of the stove. When I arrived on Monday I was confronted by a pizza pan that looked like someone had lit a candle on it, melted the wax, then lit the result on fire. The entire pizza pan is covered in a thin veneer of melted grease, burnt chunks of food, and the pan is warped so it is no longer flat. Also there were two forks sitting on the stove, obviously having been used to help cook the goetta. Later in the evening while cleaning up my dishes I found the spatula that I had bought for the hackerspace. It had been apparently used to flip the goetta. It is now melted to the point that it is cracking in two and has grease and burnt parts of goetta embedded in it.

While it aggravates me when the soldering station is not cleaned up, it does not really cause any damage. Leaving out the fact that damage was caused to utensils that belong to the hackerspace, if people do not clean up after themselves in the kitchen it will look horrible, we will invite bugs and rodents into the space, it will smell bad, and it is incredibly unattractive. 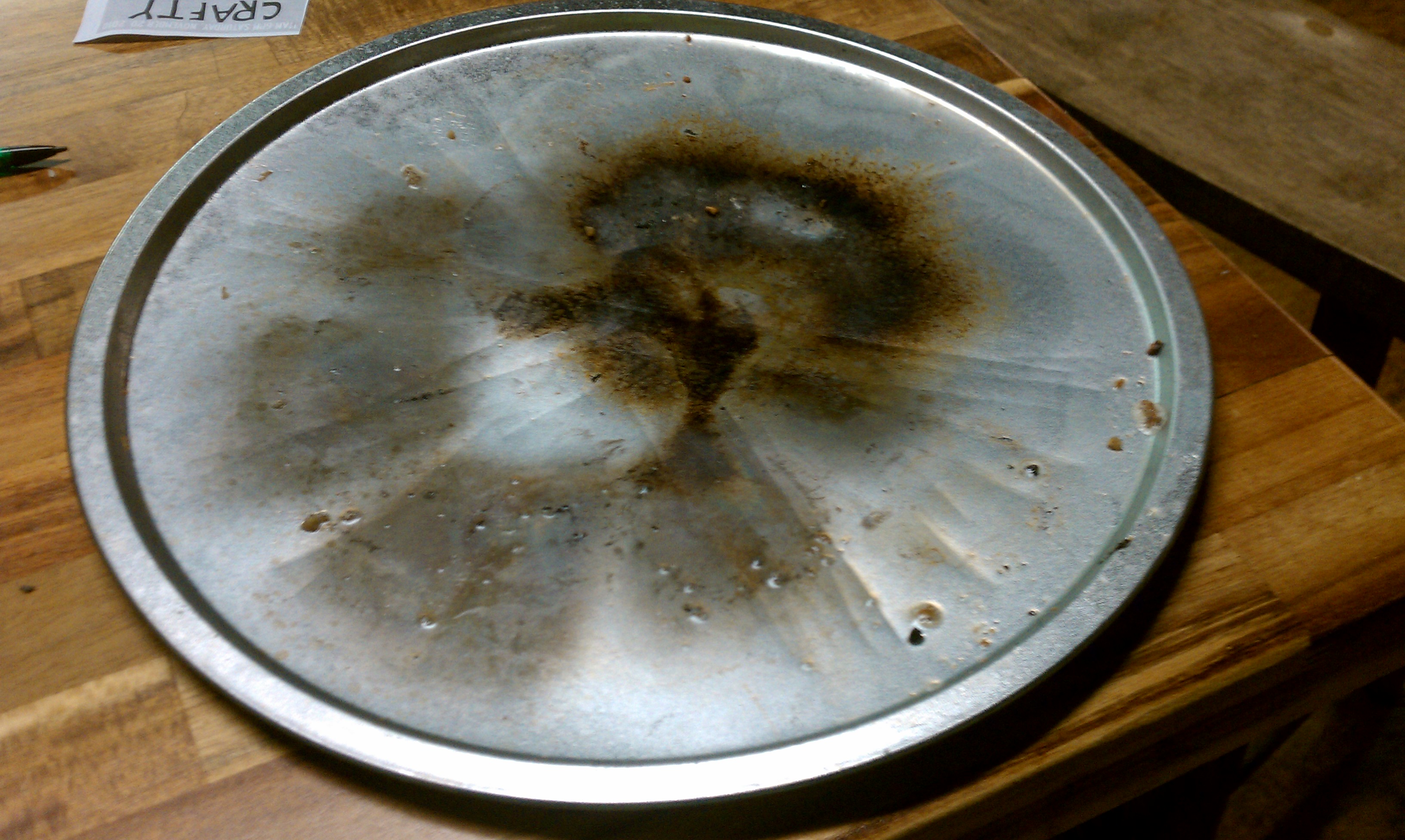 Everyone, this is unacceptable.

Please respect the space and the tools others have provided, and clean up after yourselves! This isn’t something we should have to spell out, and whoever did this should own up and apologize.

Also, that goetta has been in the fridge probably since APRIL. Gross! 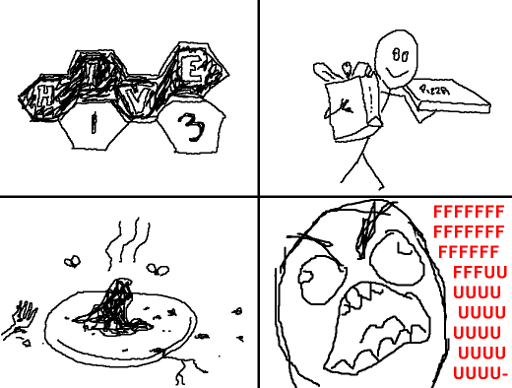 Dude - you should start a comic blog

^^ whoever did it is probably dead from food poisoning.

All, I apologize for not getting back to you sooner on this. It was
me, I'm not a zombie, and the goetta was fine (the goetta was leftover
from the Arsclan party back in april, it keeps forever since it's
fully cooked). I just plain screwed up and didn't clean up after
myself at all. I will replace the pizza pan the next time I'm in
cinci and you all have my sincere apologies for being such an airhead.