I noticed that we don’t have any flyers or posters as yet - least that I am aware of - for the party this weekend.

I have no art skills whatsoever, so I will take no offense if you don’t like it or want to use it, but we better start putting something up or it will just be members, friends, and families at the party.

Our collective choice to use, modify, or choose another…

I have a poster half-finished. I’m thinking Craig must be clairvoyant, because he called me out on my volunteering to create the poster at the last minute as risky. The content of your poster is good: I think we should make the “Hackerspace” part of it very prominent, as the word itself is provocative and will get people to read the poster.

What about a picture of the arcade cabinet instead of just text?

The cabinet is almost finished. I could maybe knock out enough tonight to get a picture of it (have the outside done) The wiring is like 85% and I need to build out the PC but it’s basically good to go. But if ppl want to start distributing fliers they should probably start now.

We could do a generic picture…http://www.arcadesinc.com/images/lft-bkgd.gif

Oh, and that poster is missing the time

I am not an artist, but this was my attempt (attached)… 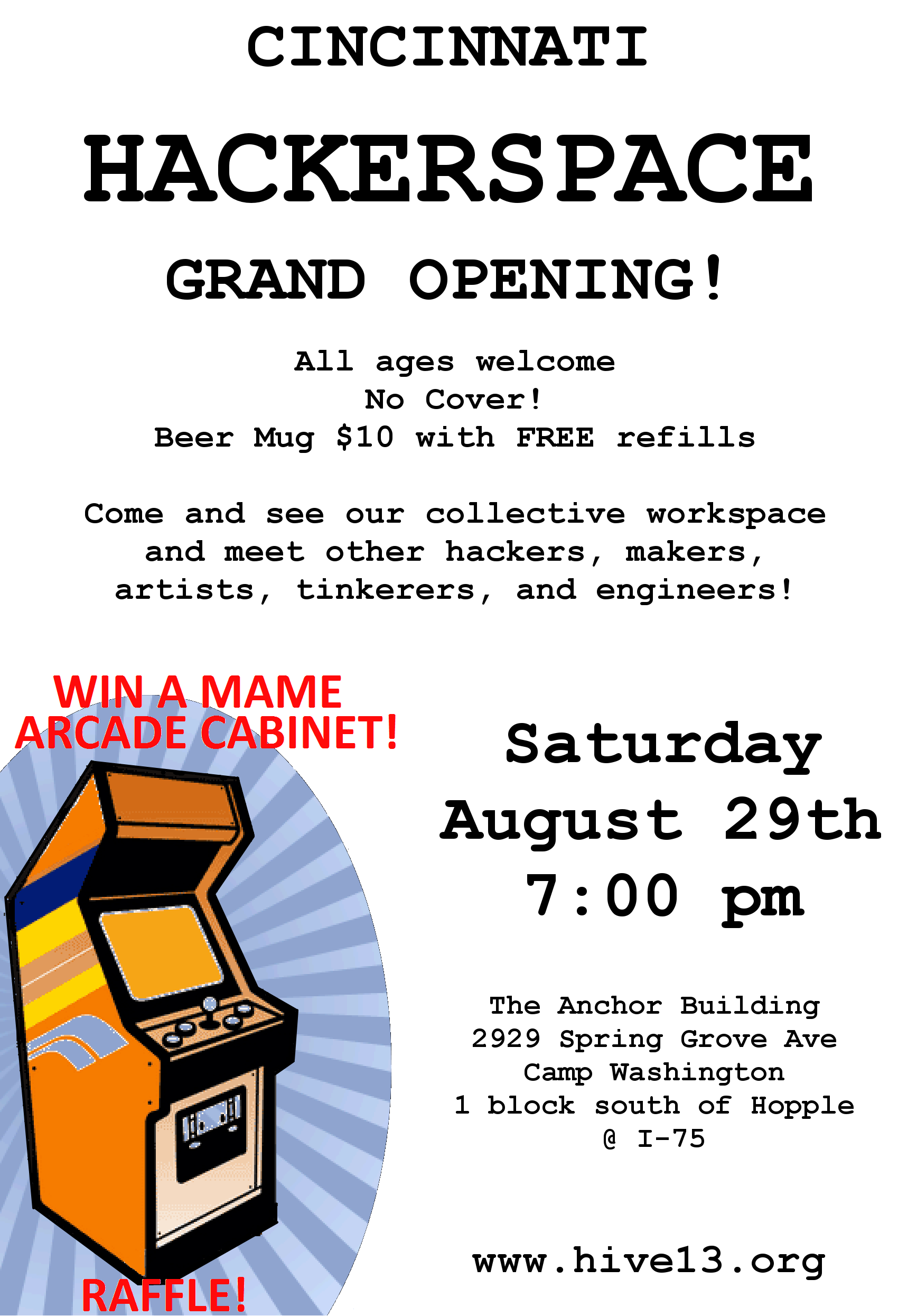 I like this one, Jason. We should nail down whether it's going to be
$5 or $10 for the beer cup/mug. I can print out some color copies of
this here at work once we decide. $10 seems high to me, but I don't
know - it is a fund-raiser.

I have uploaded the flyer I made for posting around NKU tomorrow to
Flickr. You can see it at http://www.flickr.com/photos/churchofwhores/3857473769/

I added "21+" to the part about the beer to make it clear that even
though its all ages, not everyone can drink.

Oh and in case anyone wasn’t at the meeting last night, $5 for a beer cup was the final decided price. Also, each raffle ticket will also be $5.

you bros might want to put some of these up at the arcade place in
fairfield. just saying.