Earlier this week I was searching craigslist and I happened across a listing for someone selling off a full lampworker’s glass shop. The guy is selling a HUGE amount of equipment for a VERY good price. He is asking $2200 for two torches similar to what we have, a third BIG two stage torch (Carlisle CC, very well respected durable and reliable torch), a Paragon SC2 Kiln, 5 Oxygen bottles, to 40lb propane bottles, hoses, regulators, and flashbacks, and a whole lot of hand tools and a big stock of borosilicate glass.

looking through the pictures he sent me, this is the list of what I was able to quickly identify:

it’s easily over $5k worth of stuff, and he says it was all bought in 2016 and it looks in good shape. I have uploaded the pictures that were sent to me on slack in #glasswork.

I know it’s a bit bad timing since we just bought a new torch, and I gathered from that vote that while a $400 vote passed, there probably isn’t support to use Hive13’s money for $2k+ for glassblowing equipment. However, this is a really good deal, and I’m hoping that among those of us most interested in the glasswork that we might be able to pool together enough to make the purchase through donations from a few individuals.

This equipment, if we bought it and donated it to the hive, would both make it so that we had a 100% Hive13 owned glassworking setup, the large torch would allow for us to work borosilicate tubing to make blown functional glass (goblets, Christmas ornaments, etc,) as well as larger sculptural glass (large pendants, figurines, large marbles, etc). The kiln is also a much higher quality kiln with a bit more versatile interior size. The kiln coudl easily be used for small ceramics, enameling, slumping and fusing, and other crafts.

Based on discussions in the Hive13 Slack’s #glasswork channel, it looks like we have people willing to put forward $2000 of the needed $2200. The current numbers are:

Just to cover some questions that came up on slack: 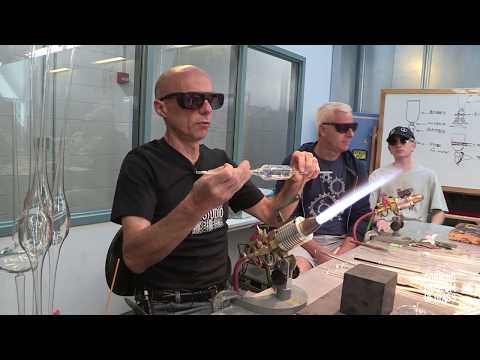 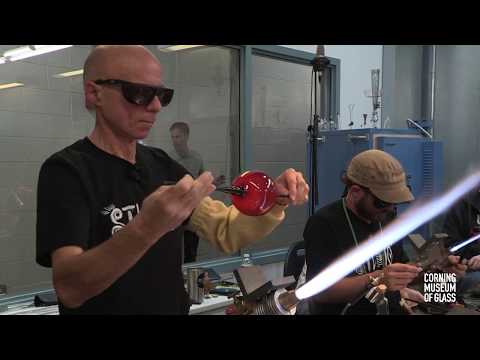 Is anyone interested in chipping in to get us the remaining little bit we would need to buy this equipment? If so, join the conversation on slack in #glasswork or send me a message. This would be an amazing deal on some really nice equipment!

I got word from someone willing to cover the last $200! I’m trying to coordinate buying the stuff Sunday evening, I’ve sent messages to everyone who wanted to help out to coordinate money and transport, thanks again everybody!

If anyone else is interested in contributing, please still let me know. Any additional money can easily be used toward tools, glass, or workbench and exhaust equipment.

Unfortunately, glass work isn’t a hobby I have time to get involved in.

I’m just here to say that this is pretty awesome. It’s awesome to see an individual get something kicked off and the community delivering. Nice job and great find Kevin. This is really frickin’ cool.

Jacob and I went last night to pick up all this equipment, it was a GREAT deal, everything is in excellent condition, and there were more tools included than I had expected!

Thanks to the 5 people who joined me in sharing the cost of this purchase and to Jacob for helping me get it all to the hive from West Union, your contributions to the hive are greatly appreciated (I’ll make sure to get donation receipts to each of you).

I have tried to neatly stack everything in the hive out of the way, I’ll be going through and sorting everything over the next week or two. Please avoid storing anything in front of or on top of the new stuff so I can get to it easily when I am in.

I am aiming to do another glass certification class in January, and possibly do a more advance class in February, either a borosilicate blown glass class, or a class on working off of a mandrel in soft class to make pendants or figurines (let me know what you want to learn). 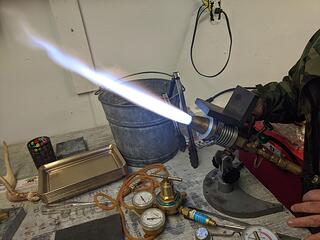 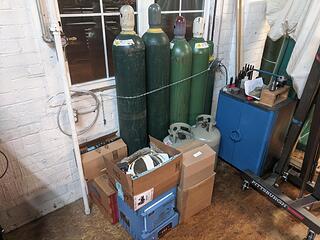 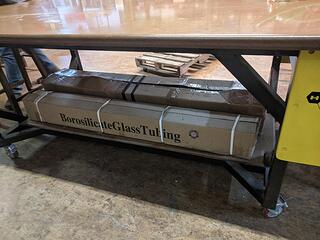