My kids and i have started to work on a DIY arduino with 328P to use injunction with a led cube display. The goal use this diy ardunio to control the display cube connected to the header pins. I need some assistance with the final wiring of the diy ardunio board section, can anybody share a simple wiring of the board would be greatly appreciated. 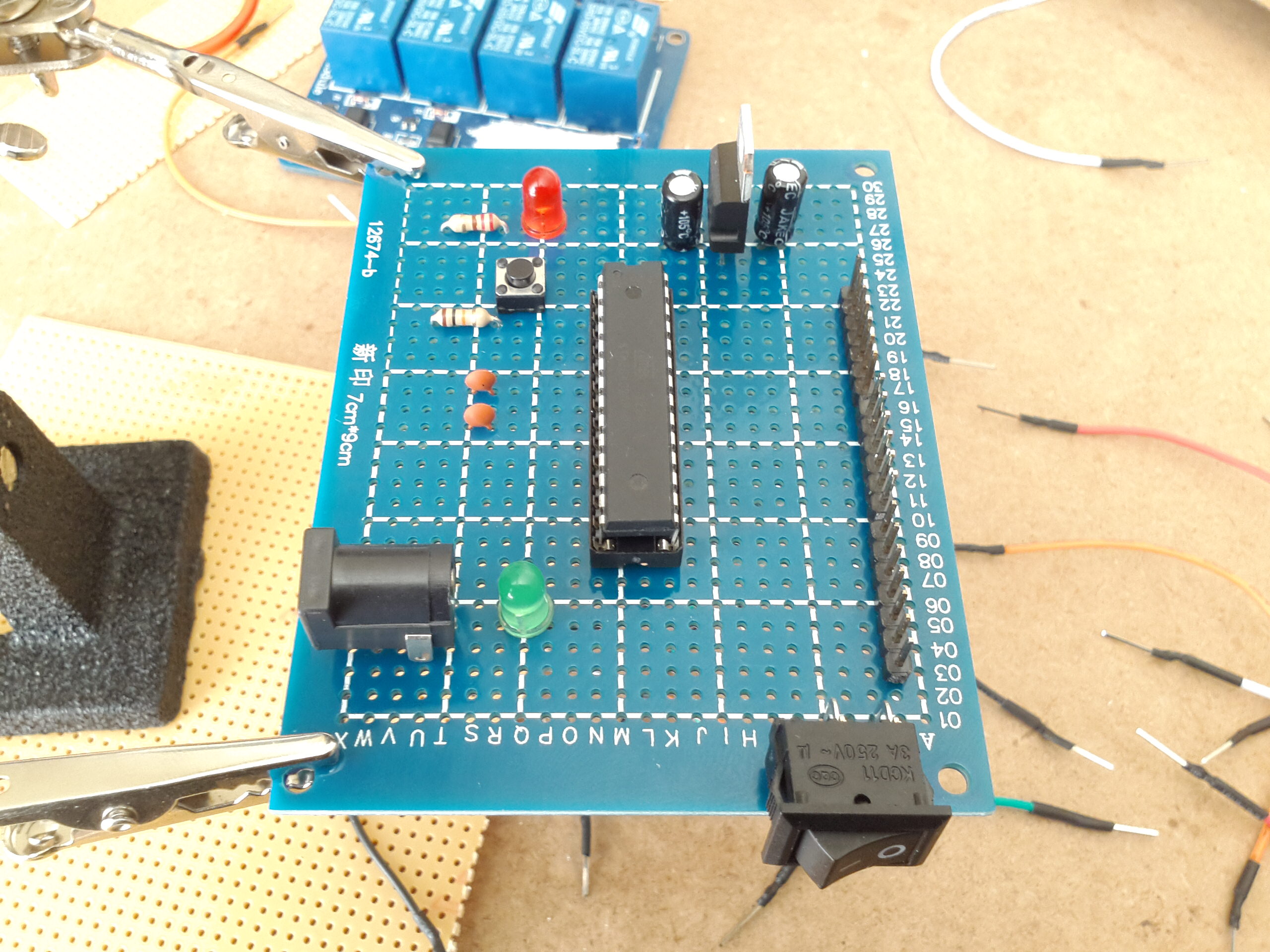 I used the following tutorial when I started wiring up my own arduino clone boards. It's fairly detailed.

Thanks Ryan saw that , however couldn’t find the wire diagram so I could make sure of which wires went where .

When I get home I’ll send a schematic for one I’ve built.

What I found was missing from this and other older schematics is a capacitor that goes with the reset line to allow the serial programmer to reset the bootloader to accept new code. Without it you are supposed to be able to hit the reset button to upload a new program, but I could never get it to work.

Do you have an ATMEGA with a bootloader already on it, or will you be programming that yourself?

Also, for ease of wiring, you will probably want to move those two big caps and the voltage regulator over by the power jack.

Yes, I have already created a bootloader atmega 328 using two ardunio uno’s one acting as the master the other acting as the slave. Since this will be a one time upload sketch for the led cube display I opted not to install an fdti

Here you go. You can leave out the box that says ISP, the one that says FTDI and the capacitor I was talking about earlier (inside the FTDI box). 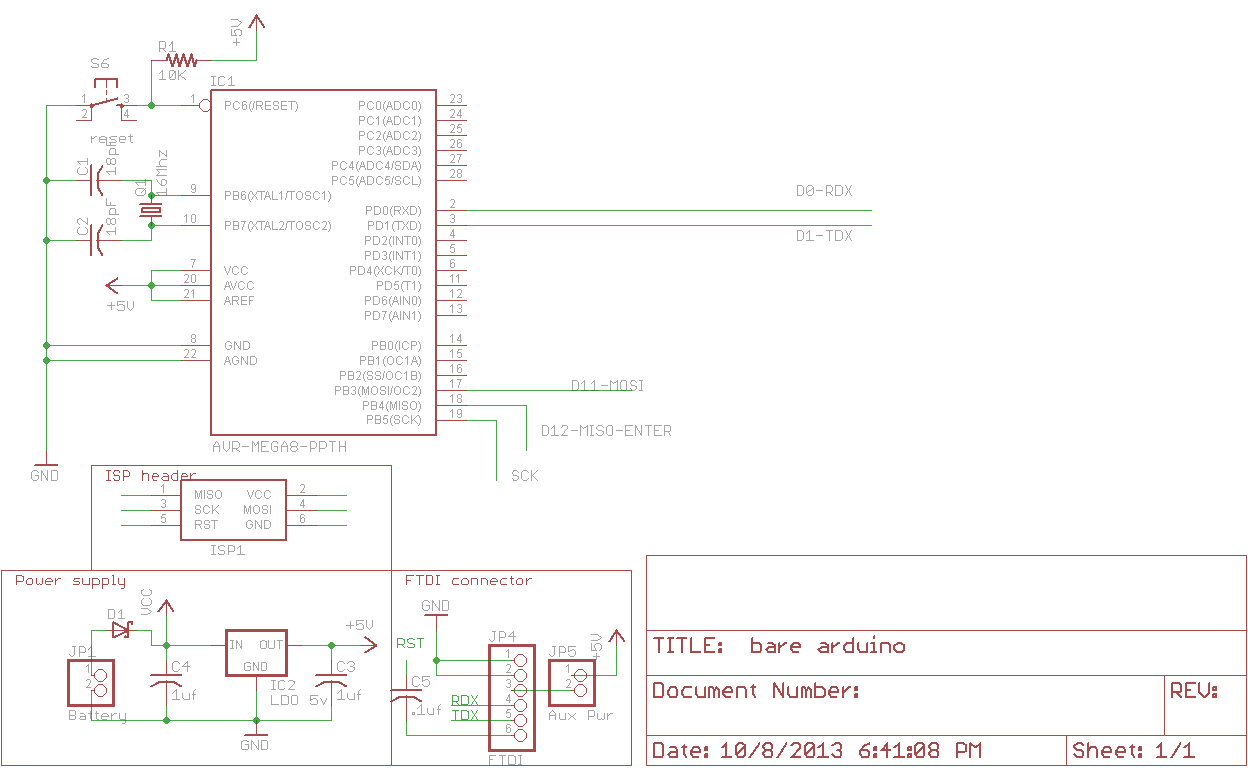 The Tuesday Meeting hangout is available at :

The Tuesday Meeting hangout is available at :