At some point I’d like to see our CNC be able to do some nice inlays and tight joints. In order to do this it needs to be a little more accurate. I believe this is a software issue vs a hardware issue ATM and has something to do with Mach3 path generation. I have been researching the Googlewebs and it appears the first thing we should do is downgrade our Mach3 license to an earlier version. The motion controller we use recommends an earlier version and lists some of the causes that later versions have.

Can someone downgrade to the proper version of Mach3?

Based on my cursory and thoroughly uninformed googling, the internet appears to agree with your assessment. I’ll be down there sometime tomorrow and will take a look at it.

Not sure there was much to check beyond the website link I provided from the manufacturer of our hardware. While you are at it, it would be good to make sure all the VCarve licenses are up to date on all machines. I recall hearing an issue about it a few weeks ago. I don’t use our computers but I heard it caused some lost time for other members.

I never trust any link in any message. Too many AI spambots out there.

Personally, I never trust any text in any messages either!

I am having difficulty recreating issues with inlays with the exception of my poor sanding capabilities. The circles were very tight and gave little room for insertion prior to sanding. My largest gaps after sanding are around .029 of an inch to the best my eyes can see. I believe you had previously mentioned to me a .03 inch issue. Could you post your original VCarve files for examination? I would like to attempt to recreate the inlay issue you are having.

On a side note I did notice prior to assembling and sanding an area (which I previously pointed out on one of your cuts) where there was a square edge on this round object, it occurred when the machine was raising and lowering the Z access(the location of the tabs). I personally believe this is a different issue and one which may partially be resolved after properly tramming the machine. 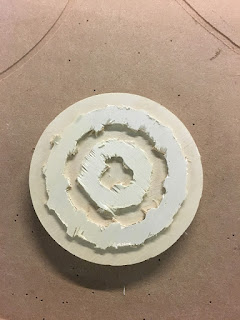 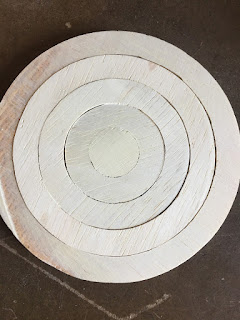 I guess those tolerances aren’t acceptable to me. I want to be able to provide professional looking inlays and joints. Something I can make and am proud to show people. There are errors happening somewhere because I have seen lots of work by others that look great. 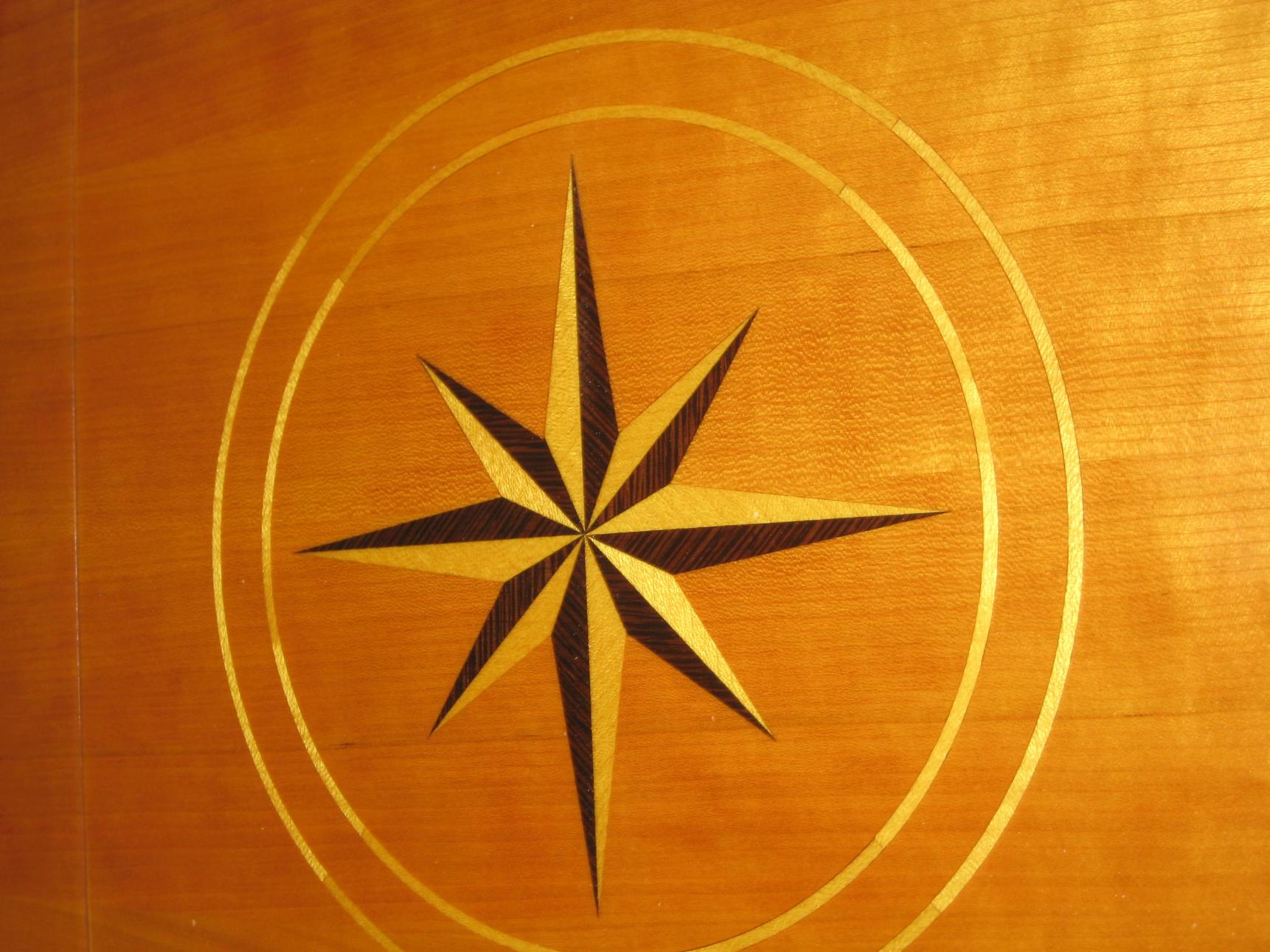 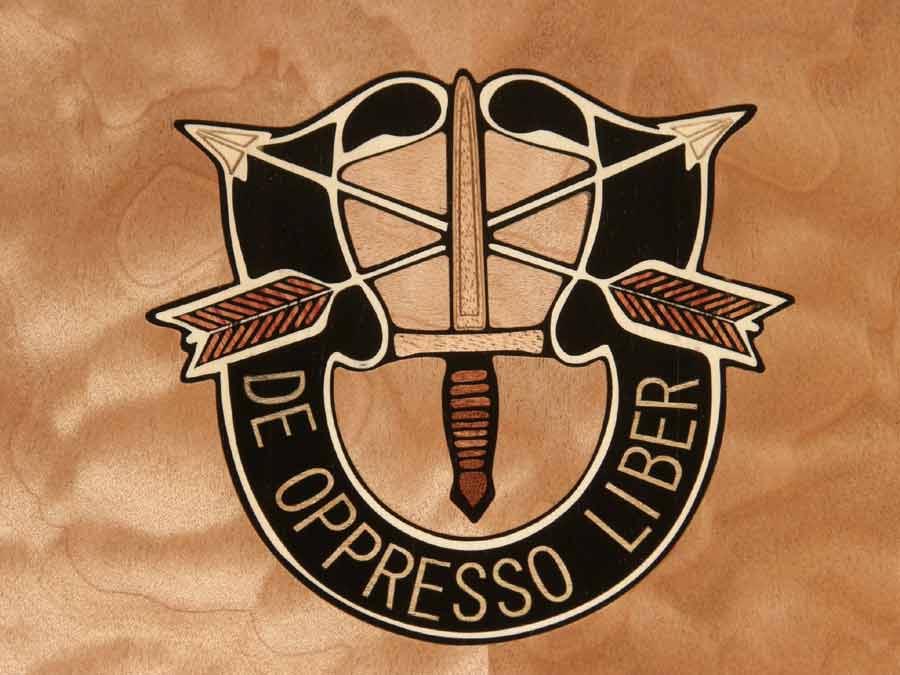 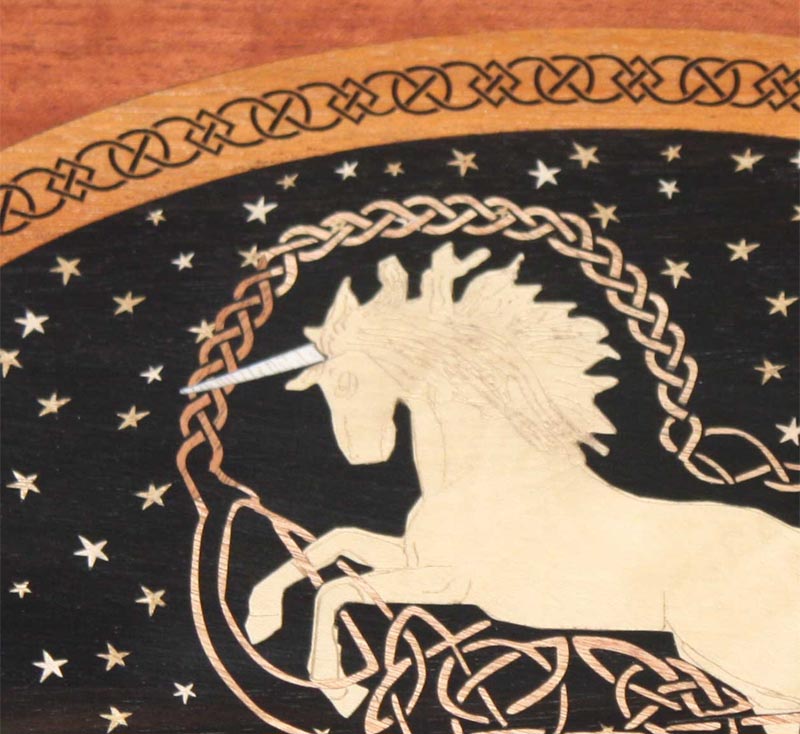 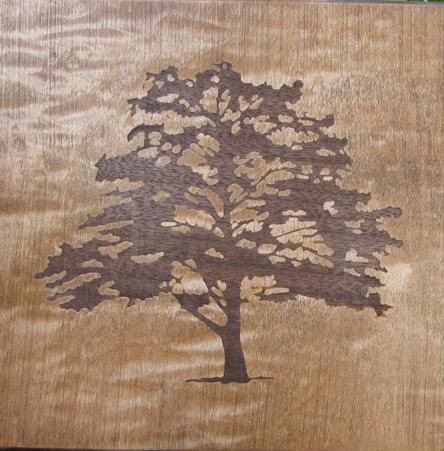 Although this is some quality birch hardwood, I believe we are still going to be experiencing some tear out and less consistency with this wood than the wood shown in the pictures you posted. I am running some square tests to test the X and Y axis independently again on some scrap plywood however this will remove the tabs and sanding from my original test.

That’s kind of true. Do you have a different bit besides the upcut bit? For plywood that is the worst bit of all.

I am using a downcut bit but I believe a composite bit is really the best thing for plywood based on some reading I have done.

The compression bits are supposed to be the best BUT you have to take much deeper cuts. I cut my safe parts mostly with a straight bit and get good results. If I’m being extremely picky I’ll take a compression bit over the full depth for a finish pass.

This again is on plywood but it was a certainly easier one to measure(aluminum would be even easier to measure).

As this was so fairly consistent (not perfect) I would guess that the pockets of the inlay would be off by equal amounts say .024 of an inch total(across each axis(X and Y anyways) of a cutout and a pocket) very close to coy’s number that he originally said it was off by as much as .03.

On pockets
I haven’t measured the pockets but also still have the pockets if you would care to see it and the other pieces.

As a follow up test it would be interesting to adjust spanning the X axis by around .005 each surface and .006 for the y axis for each surface.
I think this would make an extremely tight in lay. If this is successful then we just have to know how far off the CNC machine is, I personally would like to repeat this test after our tramming calibration(assuming the vote wins). 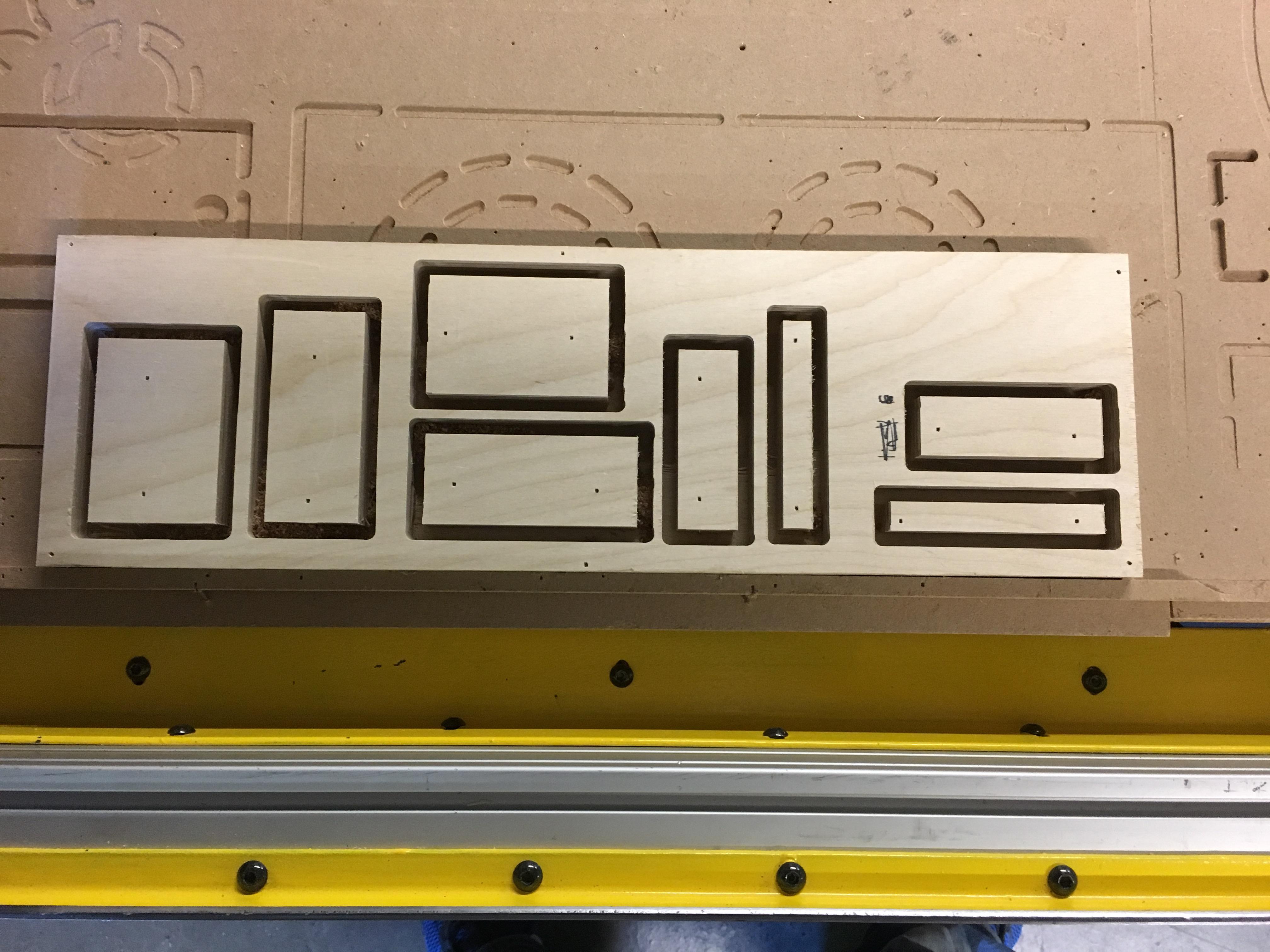 Super cool!
Thanks for looking into it.
I’m not sure how much accuracy to expect from the big CNC.
What is normal?

Take a look at number 9 for auto inlay they mention that it is very normal to have to adjust the allounces by x thousandths of an inch mostly depending on the accuracy of your machine.

I'm thinking that on the pocket(to tighten the gap up) you may want to try an allounce of -.012"

However I also believe using a V Bit instead of an end mill to do the inlays that coy posted in his pictures could make the systems innacuries negligible by simply having the male protrude say .1". Then glueing and clamping the two surfaces cut right above the .1" protrude, lastly sanding until you get just below the .1" protrude.

You will be forcing the male to be larger than the female elimating any gaps. Just a guess though.

I love that others are taking some initiative to work on the accuracy of the machine. This is all good stuff.

Brad: Others in the Joe’s forum have been able to get accuracies to 0.005" on a regular basis. I think if we could duplicate this on our machine we should be happy. Being able to cut a square, circle, and pocket to these tolerances would allow us to do a lot of different cool things like inlays and digital joints.

The Mach3 version has been downgraded to v3.043.062. I saw that Timothy posted some measurements earlier in the thread. Perhaps using those as a control he could try the same cuts and see if there is any difference now?

Just curious why it got Downgraded?

Because the SmoothStepper vendor recommends this version. They have had issues with errors with other versions. There is a link in the first thread.