I’ll be in tomorrow to work on the electronics area. The big job is to add a proper drop to the air line, purge valve, regulator, etc. I have all the supplies, I just need a hand.

I would also appreciate help with moving some heavy stuff, sorting, and other tasks to get us across the finish line on this project. Once we get through this, we can figure out if there is anything else that needs to be done, or any other needs.

We’re getting close on this one…

I’ll be there at noon. I should be able to give you a hand.

maybe the leftover broken ptdr stuff can make it to purgatory tomorrlw also?

I think that’s Kevin’s, has anybody talked to him about it?

and the extra lockers in the hive can make it to the back dock?

Also Kevin’s for his welding class,but I’ll see what I can do about that. Since it’s a welding class, leaving it in the rain shouldn’t be an issue.

I will be down during the week to remove ptdr, what all lockers are being removed as it would be nice if I could possibly fit some of our smaller Walker units in the welding room for people to be able to store welding gloves and other various consumables

I’ll just take care of ptdr tonight because I guess there is just an assumption it’s just my stuff there lol however it contains things that are needed to put the track together as well as our paperwork as well as other Hive owned items but I’ll sort it all out so things just don’t get flung into purgatory tomorrow lol. Also I’m trying to figure out which lockers are going as nothing is labled on what is going? I’ll just organize what I can.

Sounds like you’re on top of getting that sorted out. Let me know if you need some help moving it.

I believe there were some post-its on the lockers for your welding class, but Tiffany would know best. I was going to talk to her tomorrow if it wasn’t clear to me what was staying/going. I was hoping she had put up some notes or something.

If the locker with the ant comic is going place it in the metal room and I will section it, or find a way to fit it. Given if we are expanding with better welding machines people will likely get a helmet and gloves to sweat in rather than community gear. I really need a way for people to store filler metals to backing plates and heat sinks.

I’d rather loose a lil space and put gaskets to help seal the doors and keep equipment clean than have stuff everywhere.

The ptdr has been sorted out cleaned out. For the time being makerfaire belt sanders/tools are on a upper shelf and paperwork needed and assembly gear is on the bottom in a grey tub. A more permanent home will be found for the sanders.

It might already be posted on the mailing list I have not seen it but who is working on the Lincoln mig on the work bench? If it is going to take some time I have the red rolling toolbox with a worktop where ptdr was under the shelf. Feel free to throw it on that and wheel it where ever if you don’t want to tie the bench up.

I’m really wishing a company will donate a enclosed trailer to take care of ptdr storage and for transport of items as it is very cheap storage that also would help if the hive every moved or for makerfaires… Hopefully one of the guys I know will be upgrading this year :).

I am tied up most of the weekend hence why I went down tonight to take care of ptdr as a lot of other people’s and hive stuff was mixed in and I didn’t want things getting more scattered than they were since coming back from the makerfaire. I won’t be on the list muc as I won’t have service but if the lockers can wait to be sorted out for what I can make work the best in the welding room I would HIGHLY APPRECIATE it

having locking storage for high end personal equipment that ya don’t want someone else grimming up could save some arguments big time. 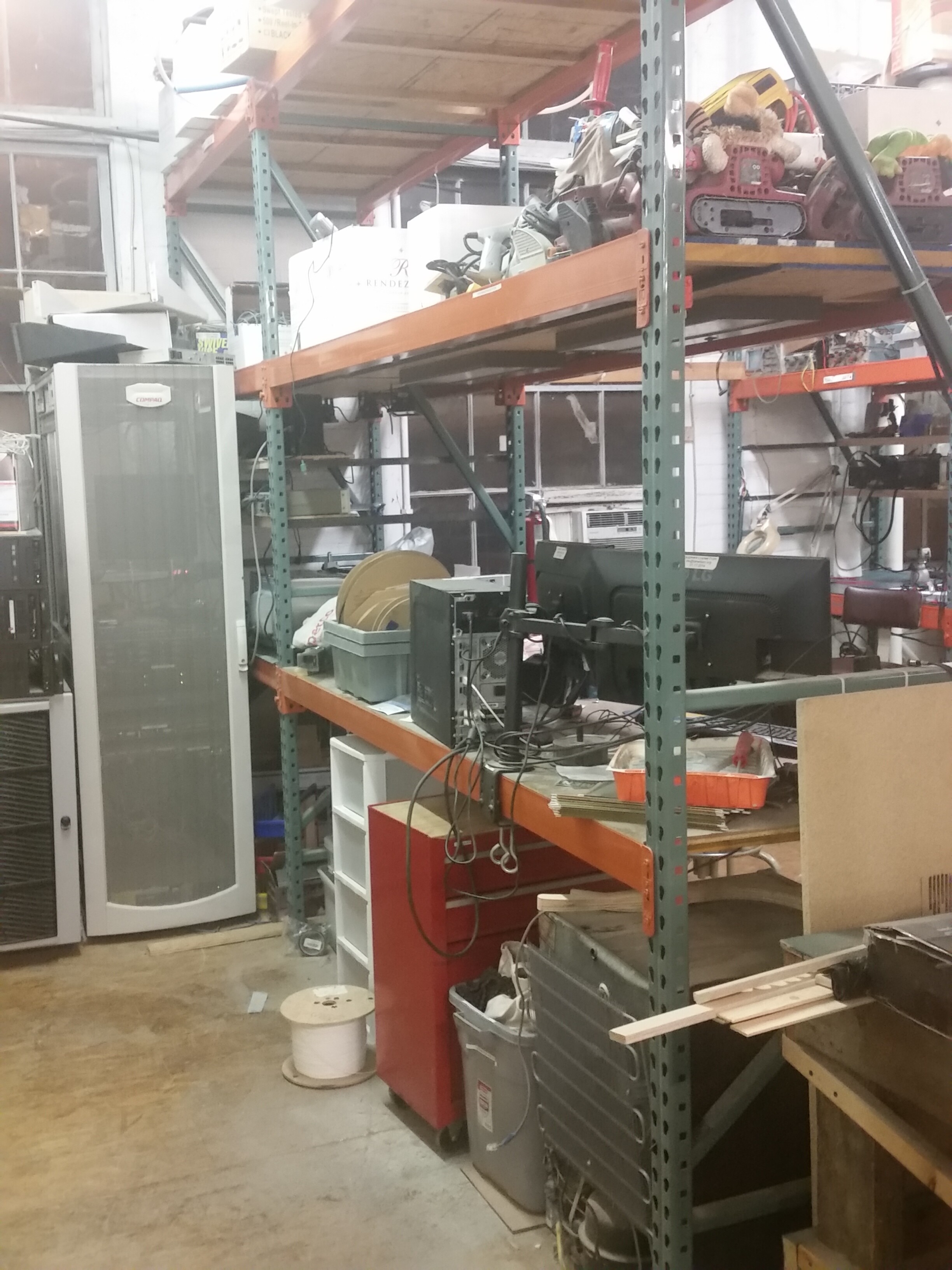 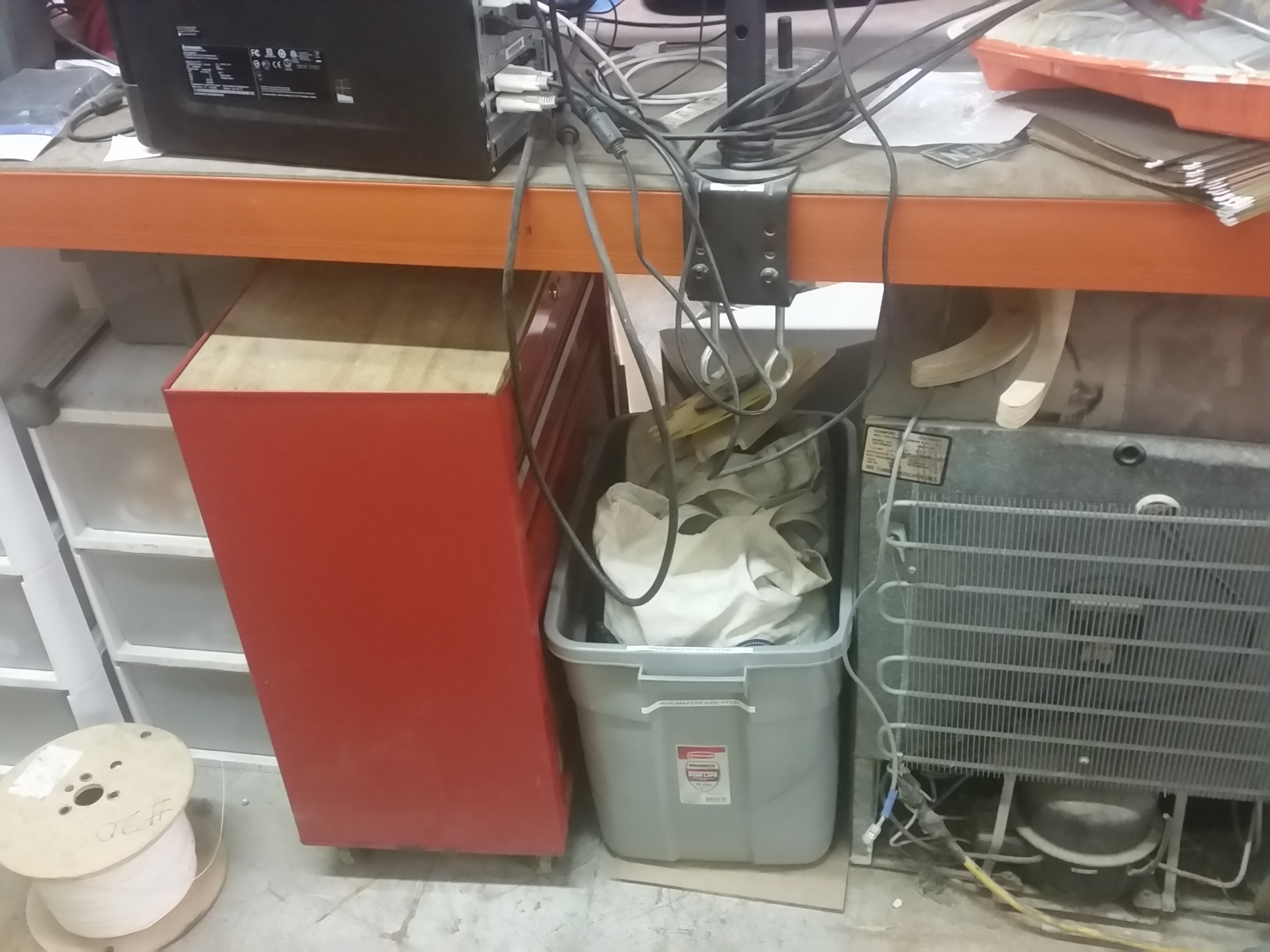 Great work Kevin! It’s good to see people putting in some effort to make this a cleaner, more welcoming space by removing things.

mig is mine. sorry thought the diodes would be in by now. can move it to my space on the shelf.

i would disagree with storing personal items in the welding room. this is one of reasons members get member storage. a helmet, gloves, welding jacket, consumables should fit into a box easily and can stay on member storage racks. this way the working area can stay free of storage and we can maintain a very uniform and fair storage system.

It falls into the same category as the “wood storage” to me for people and it is something that can be easily kept an eye on. If we are going to be putting money into a nice tig and other metal working gear having a few lockers for people to store welding helmets, Jackets, sleeves, consumables, filler wire and rods, layout tools, etc. I think it would be rather crappy to have people throw sweaty gloves and a dirty jacket/apron and piece they are fabricating/welding. It is not going to be a bring your project from other areas and stick in there kind of thing. It kind of follows the same reason I brought in a separate shop vac for the metal room as well because getting metal contamination from prepping and grinding on stuff that someone really does not want it on. Even If I have to section the one set of lockers depending on final space its something ill get figured out and have it fit in the dirty room. I have a feeling eventually the motor hoist and other items that are not being used can be moved out.

Kevin,
I understand your reasoning - but I’d disagree. the wood storage would be analogous to the metal storage that currently exists, whereas fillerwire and rods would be analogous to endmills for using the cnc/a personal turning tool set for the lathe, etc which are all stored in a members storage box.

I guess we can agree to disagree lol I wouldn’t be the one to make someone throw dirty, smelly gloves, sleves/apron/jacket/, and the box or case with lenses their helmet came in. That stuff has to be hung up especially when it starts getting warm at the hive while welding or it gets funky fast. I even would change clothes after wearing leathers in the heat down there lol you know it’s bad when walking to camp Washington you get that look like dam he smells

I think you just may be a bit smelly.

I think we could have a discussion on a wardrobe type storage as a group.
Let’s have a civilized discussion about what is needed/wanted and bring it up to the group (before doing anything).
Now may not be the optimal time tough.
I’m in discussion with “The real hackers of Cincinnati” about reality show rights.

I’m up for a tv show lol. Hell we can even make t shirts with you and the lab coat with thug life spelled out like breaking bads logo 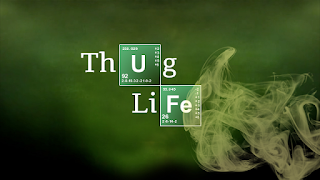