Building Pallet racks. Come go through your stuff on the old shelves!!!!!!!!

Reminder that saturday cleanup is ongoing. As part of it we are going through everyone’s crap on their shelves and moving a bunch to purgatory. Come and get it before it gets pitched! 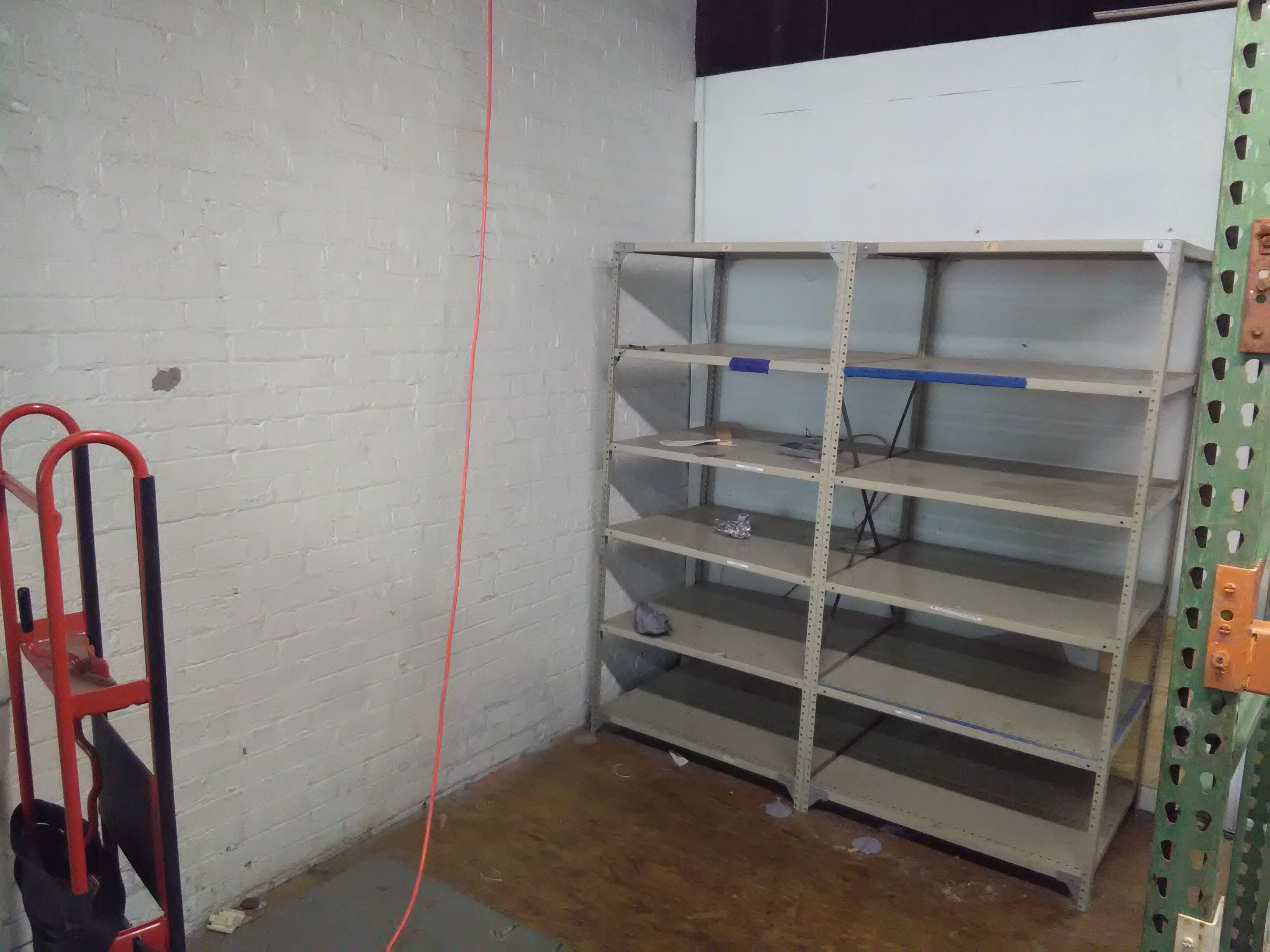 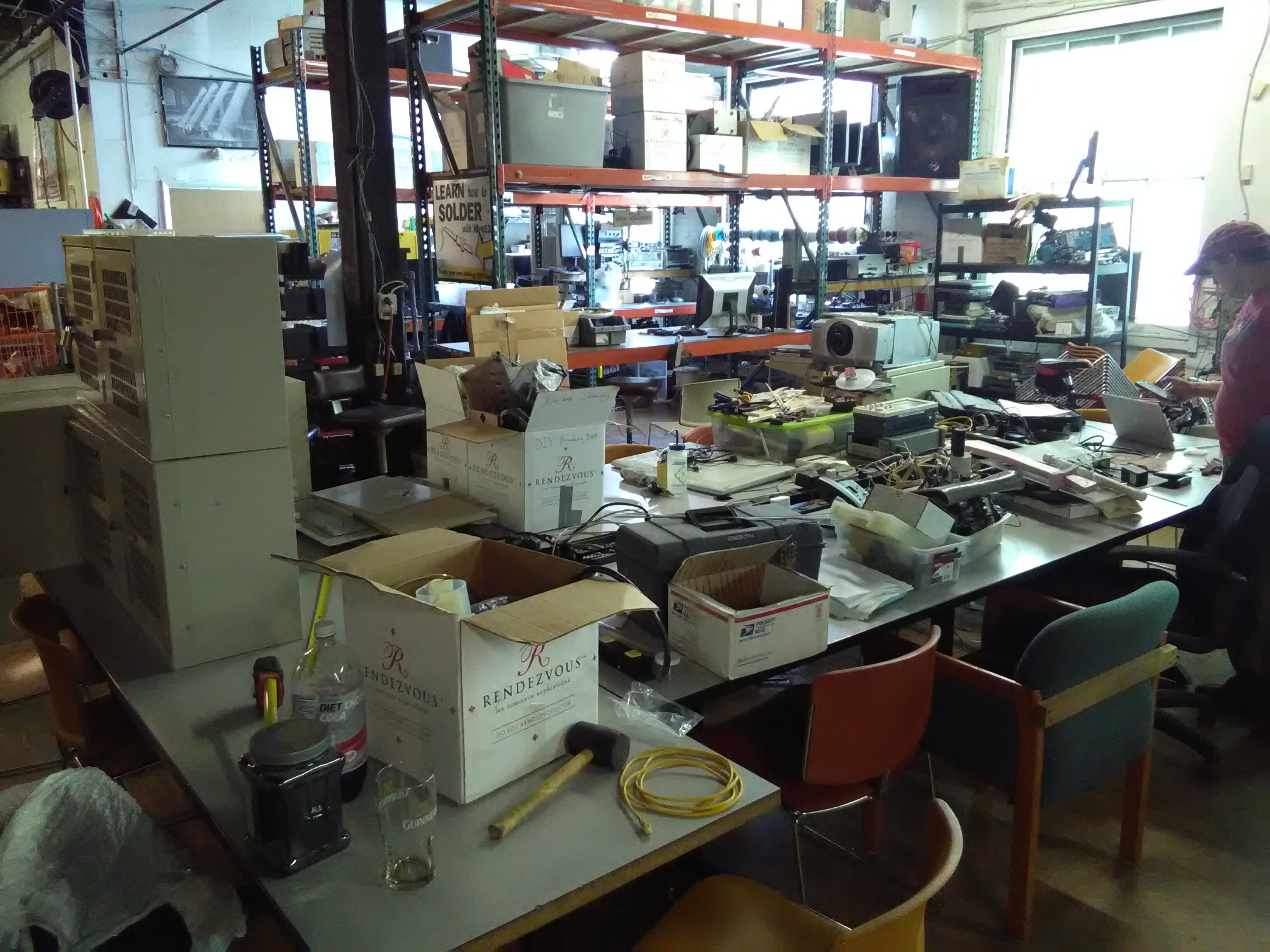 Woah woah woah! Nothing should be in purgatory. We didn’t give warning for this at all besides briefly at the meeting as an extreme stretch goal. We should not be moving people’s items like this, especially without contacting those people at all.

those of us that were here decided to put a pallet rack up. 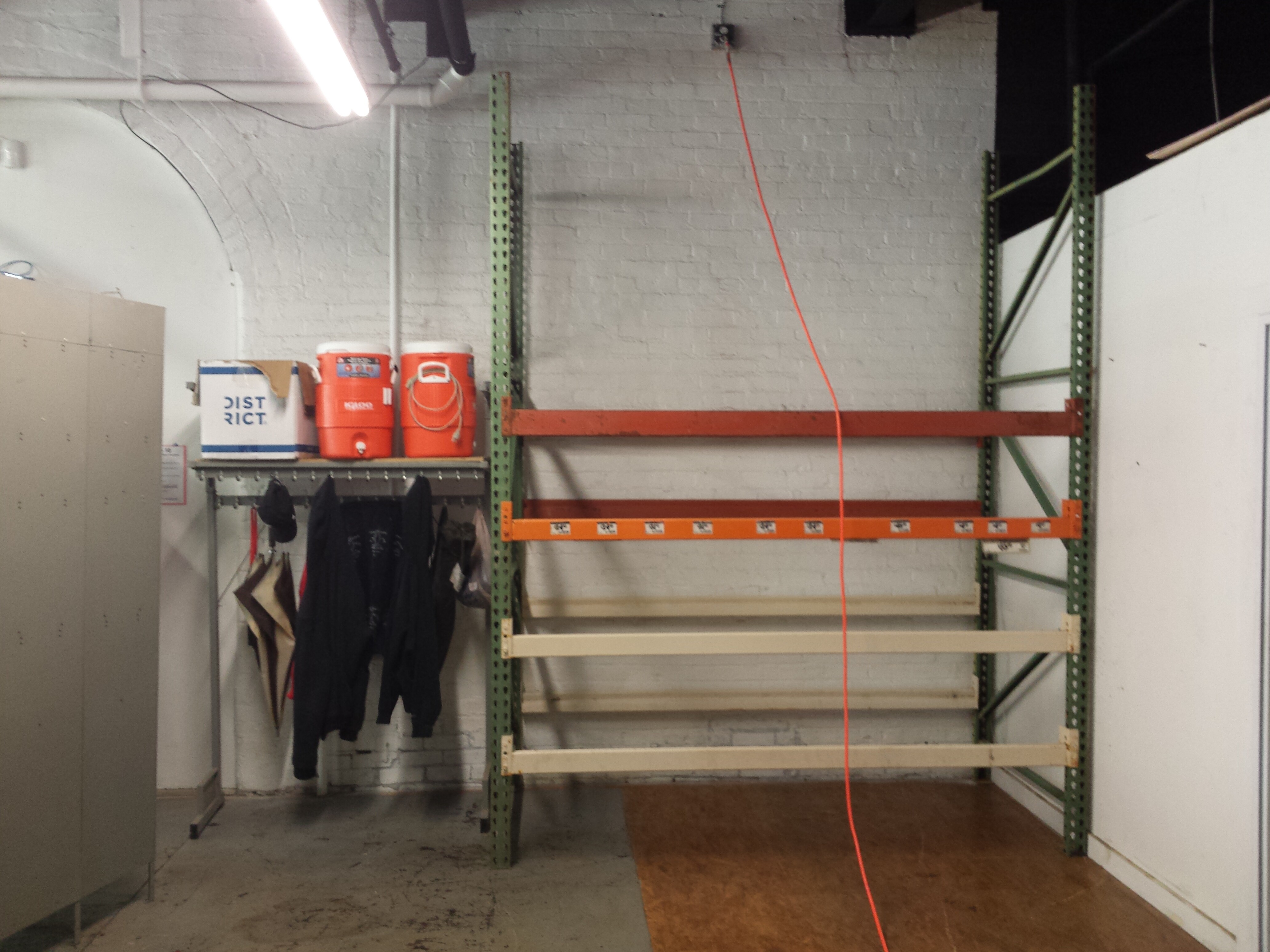 I’m thinking of making a run for wood (we need some for the shelves for the pallet racks). I will happily pick up extra wood for people to make their boxes to put on this pallet rack. How many sheets of plywood should I get for that?

Tiffany, do-ocracy is not grounds to mess wiith personal belonging. I’m with Elly. If you need to remove someone’s stuff (not crap) from a shelf because of new shelving being put up then put the stuff back on the new shelf, but not in purgatory.

You know where my truck is if you want it…
If you clear out those lockers by the front door, you can put the stuff from my locker in my truck

Per the wiki, we will be moving back the labeled members stuff and the unlabeled shelves’ stuff will be moved to purgatory (said junk area in wiki), where it will wait to be claimed by its owner for 3 weeks, during which multiple emails will go to mailing list. 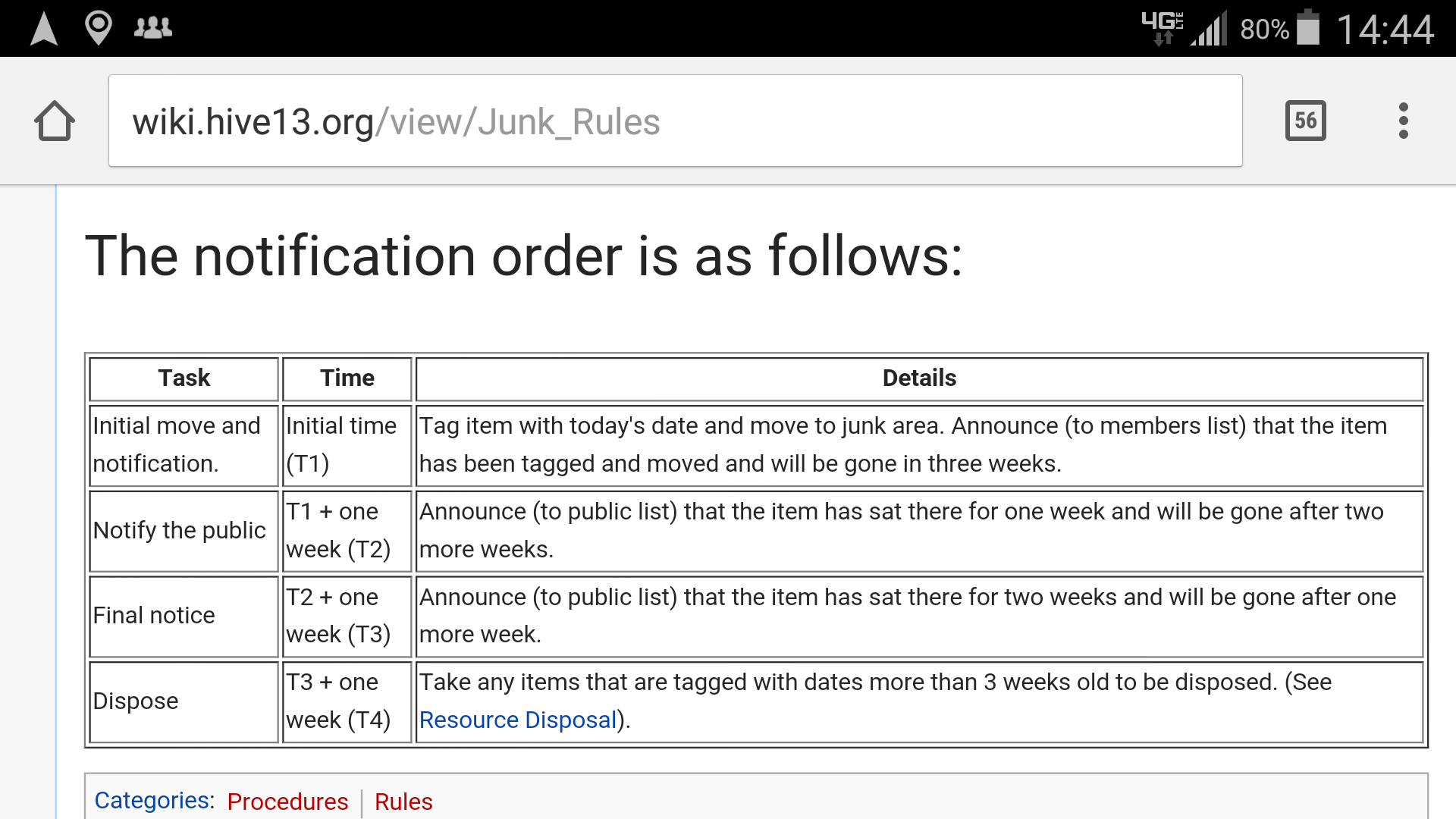 At this moment I am litterally seething with rage and therefore will not type out what I truly think of this in a public space ready by other people. The items on my shelf WERE CLEARLY LABELED WITH MY NAME, EMAIL ADDRESS, AND PHONE NUMBER. No attempt was made to contact me by any of thos means.

How will you like if it I took all your shit that you had at the hive, and with no notice threw it into a pile on the table?

My hands are shaking with anger.

Hi Paul,
All of your stuff is in boxes on the table and will go back to a clearly labeled area on the new storage rack with your name. Would you like me to make you a plywood box for it all? If not, I will leave it open on the shelf with your name labeled under it.
Tiffany

Also, please not we didn’t throw anything. We moved everything gently and lovingly.

As a related note, we have 4 sheets of 1/2" plywood osb 4’*8’ if anyone wants to come make a box! We moved the lockers that were there but did not touch anything in them. Cheers! 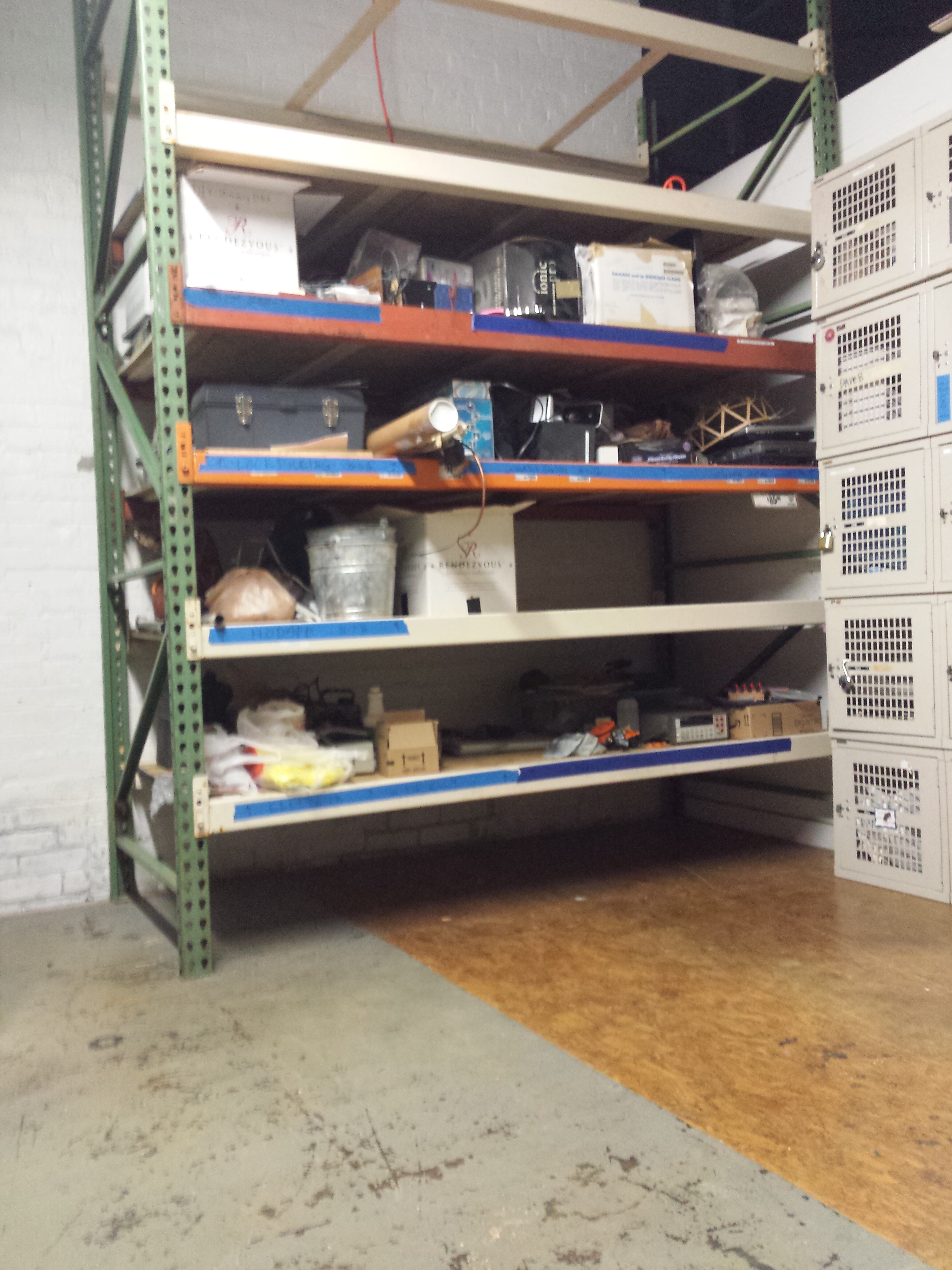 Attached is the two shelves of unlabeled items. Penny fingers, I know that there is a speaker system there that is yours since it is labeled but didn’t see anything else that was yours.

Also. Anyone know who’s rack the old one was? I’d love if it could get taken home before the after party next weekend. 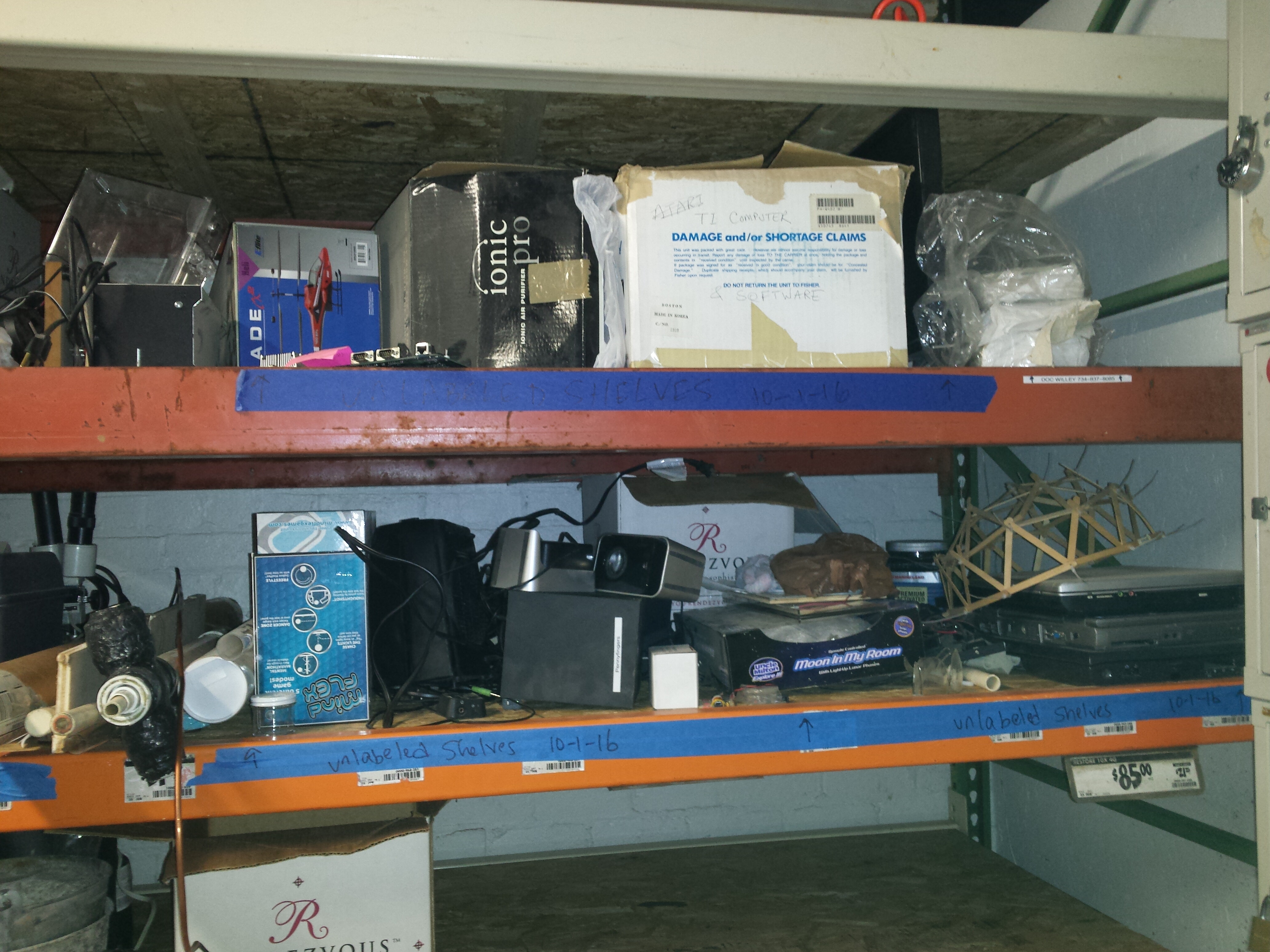 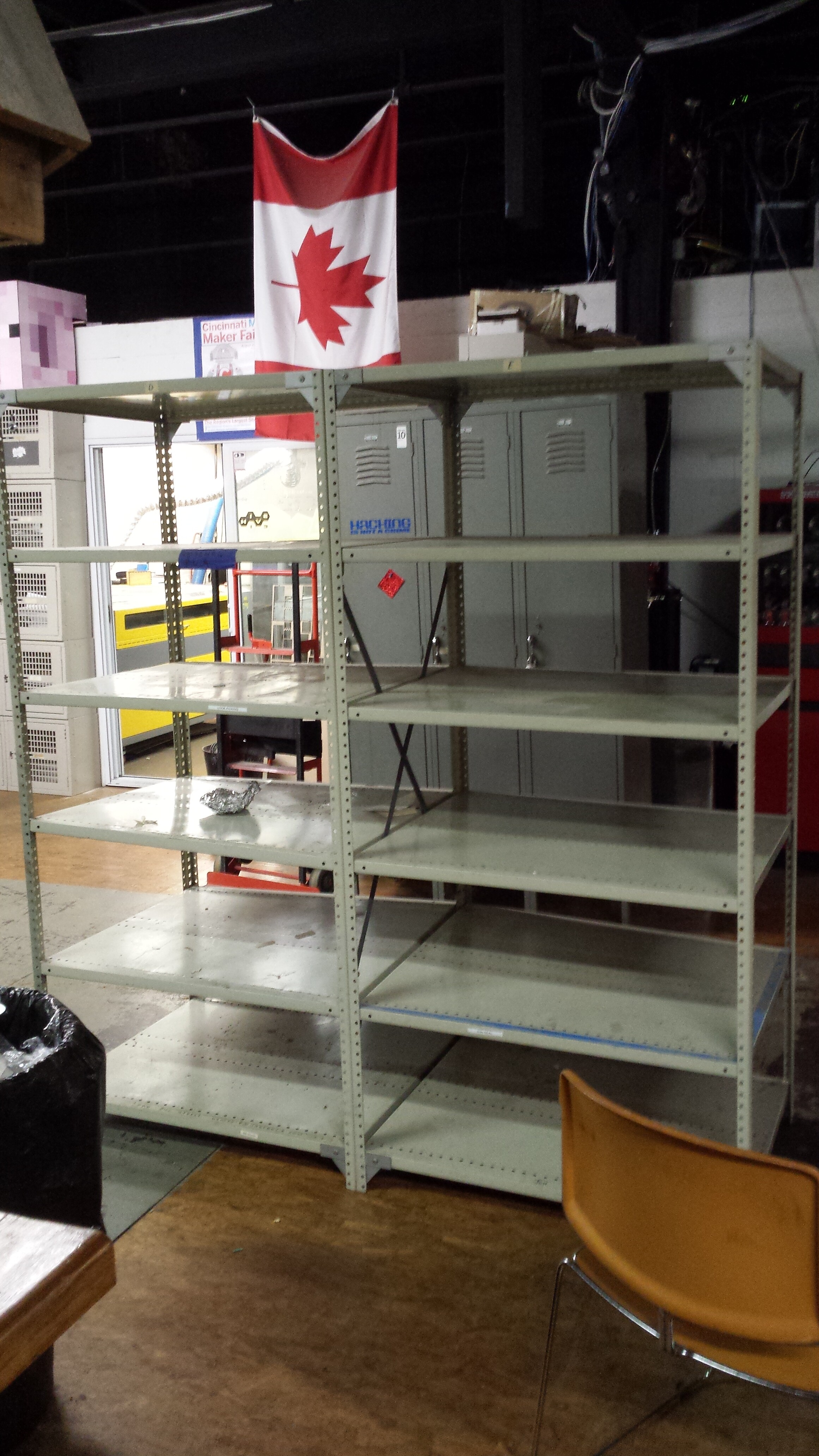 I call dibs on the old shelves if their owner doesn’t want them. I get back in town late Sunday night so I could pick them up as early as Monday.

There also are some shelves in the metal room that I don’t know from whence they came. I would put them up for adoption also (unless someone has a grander purpose for them.

About to watch the Matrix with our son.

I talked with Tiffany on the phone, she was able to clarify that anything that was on a labeled shelf will be kept separated and will be restored to the shelves.

Reading the first few post I was under the impression that everything had been moved to the purgatory shelves. Which caused me to have a bit of a panic attack.

Reading further posts here and after talking to Tiffany it was clear that all items were being kept sorted and they would be returned to the shelves.

Pictures of the new shelving look great. I am exceedingly grateful for the work Tiffany and others are doing to improve the space.

Sorry for the crazy post, everything has been resolved.

I think the original shelving might have been purchased Chris Davis, but I am not certain.