Blower fan for laser is wired

Might not be 100% to code but there aren’t any exposed live wires. Its sturdy enough you can drag it around by its cord, but picking it up by the cord might be a little much.
Dave b 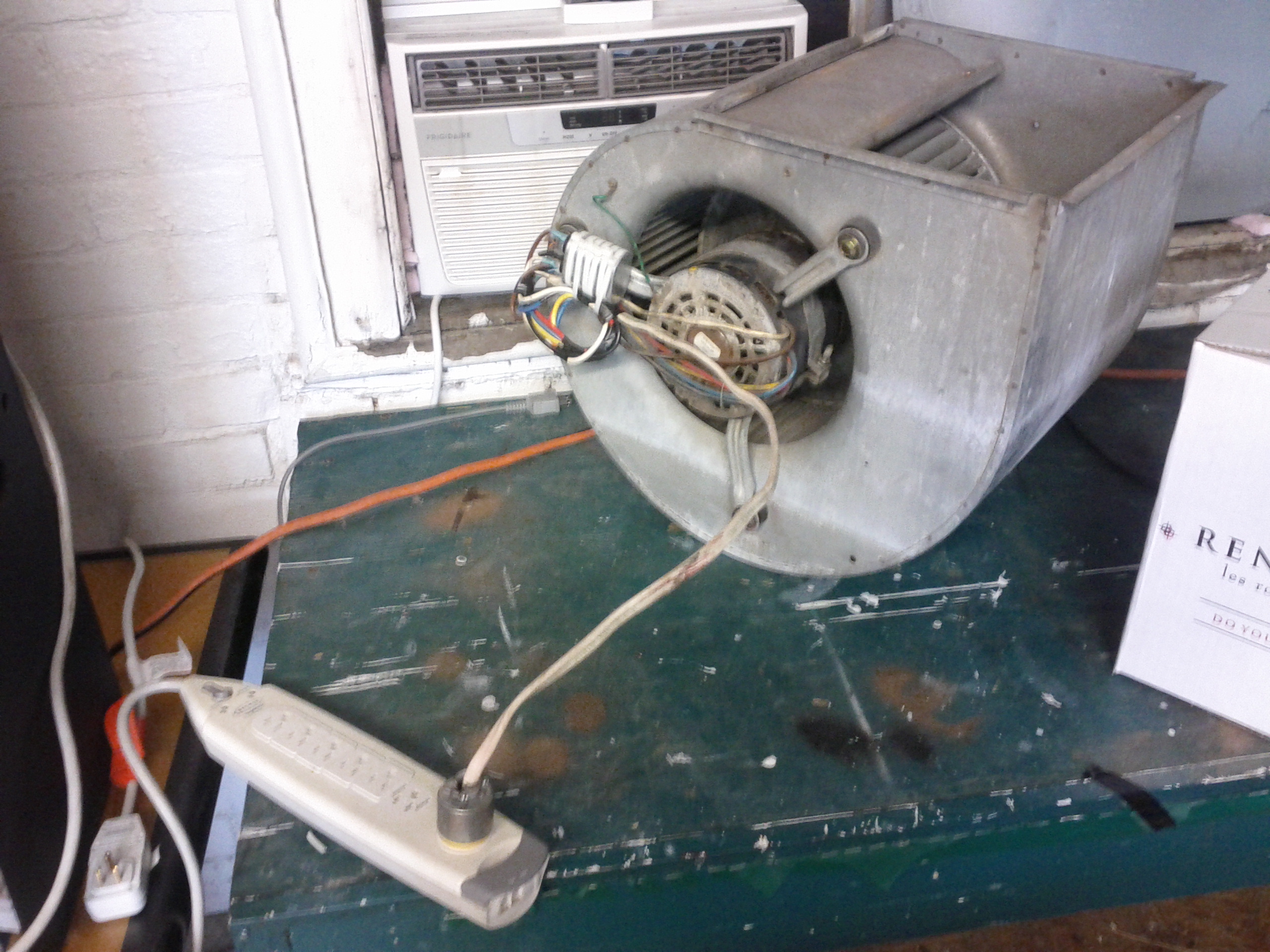 Many, many thanks! Large step forward.

Oh yeah, this thing is MUCH more of a hoss than Paul and I thought
from initial testing. It must have some kind of load sensing built
in. I was curious to see how the thing would do pushing air through a
vent so I used a book to restrict the outlet to the point where only
about 1/3 of the area was unblocked. The thing accelerated a LOT when
it was run like this. Sounded a lot more like I thought it would (jet
engine) - I think this thing will do fine.
-Dave B.