Just use your head when you use the laser.

I stopped by the Hive this afternoon and fixed the clearance issue with the strut mounts. Now the laser head is clear to go wherever it wants to go.
There is still a problem of the carriage being out of alignment. I did a quadrant test and there is definitely a left/right bias (see attached photo).
The Sharpie square drawn on the lower right shows where the test cut was made on the laser cutting area.
The left side is much better aligned than the right side. This implies that the laser head is shifting as it traverses to the right. 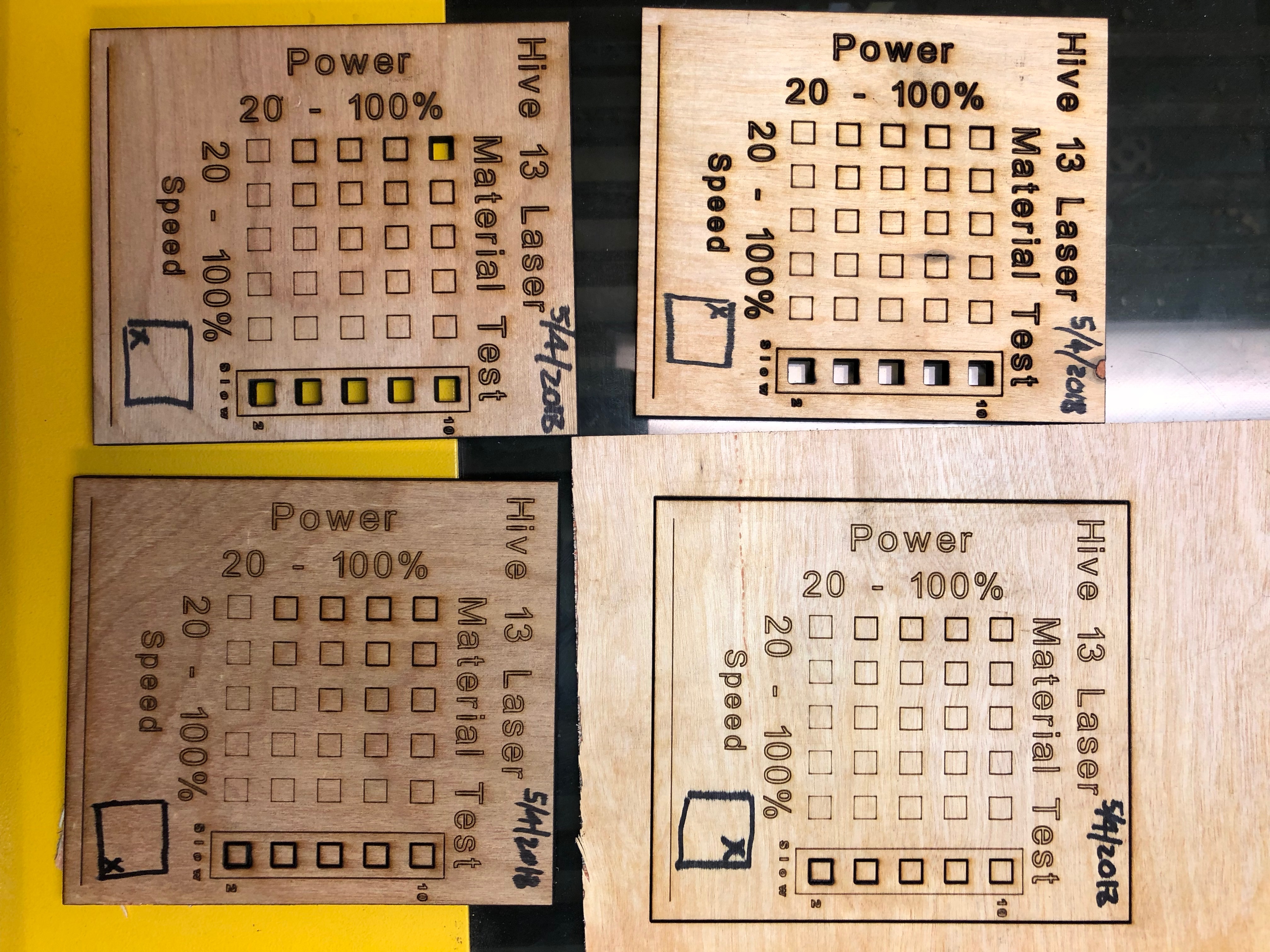 The samples are in the laser lab if anyone wants to look at them.

So I think the laser is OK to use for now but realize there is some left/right bias.
We will work on squaring up the carriage at a later time.

Thought that pic looked weird. It is rotated 90 degrees. The top is the Hive13 Laser text and the Sharpie date. 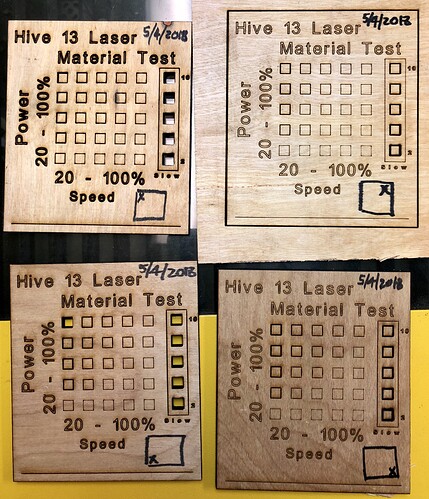 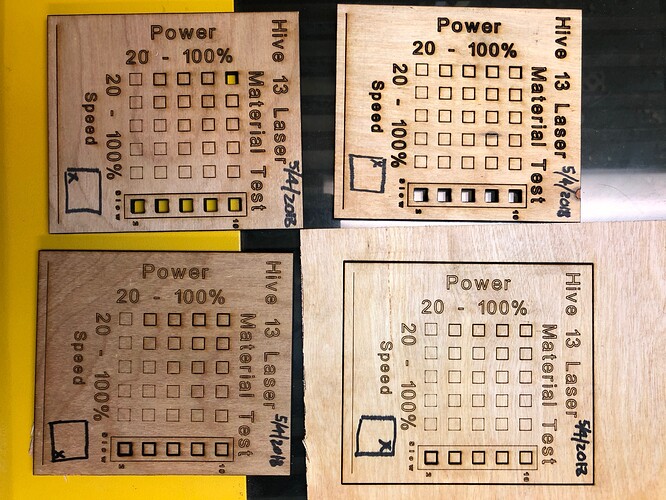 Did a quick check on the big laser and I do not think the carriage is racked. I cut a very nice 90° edge 29” x 36” and it was almost a perfect 90.
So I think it is mainly a laser alignment issue.

I haven’t been able to come in since Tuesday, but can you also check the laser tube for any abuse? I heard something about charring or schorching (I believe this was mentioned by someone). If there is scorching in the intererior of the tube, it’s a bigger issue, as would be any leaks. Also, specifically, check the window on the tube – this can get dirty.

I agree about the mirrors, but I feel like we have a power issue as well.

Regardless, we’ve run this laser hard for 3+ years without any major issues. It wouldn’t be outside the scope of normal to need to replace a tube or a mirror or whatever. It happens.

Regardless, if we’re going to work on the optics, might as well inspect and test the tube, cooling, etc. There is also a precedent of GWEIKE laser power supplies overpowering the resonator, which may or may not show up on the ammeter. Hopefully the focus and aiming mirrors are just smokey, but best to check now…

I’m plannning on being at the board meeting if folks want to wait until then.