Yep. Same model is $199 at microcenter pictured below. Now, look very closely at the “spindle”… 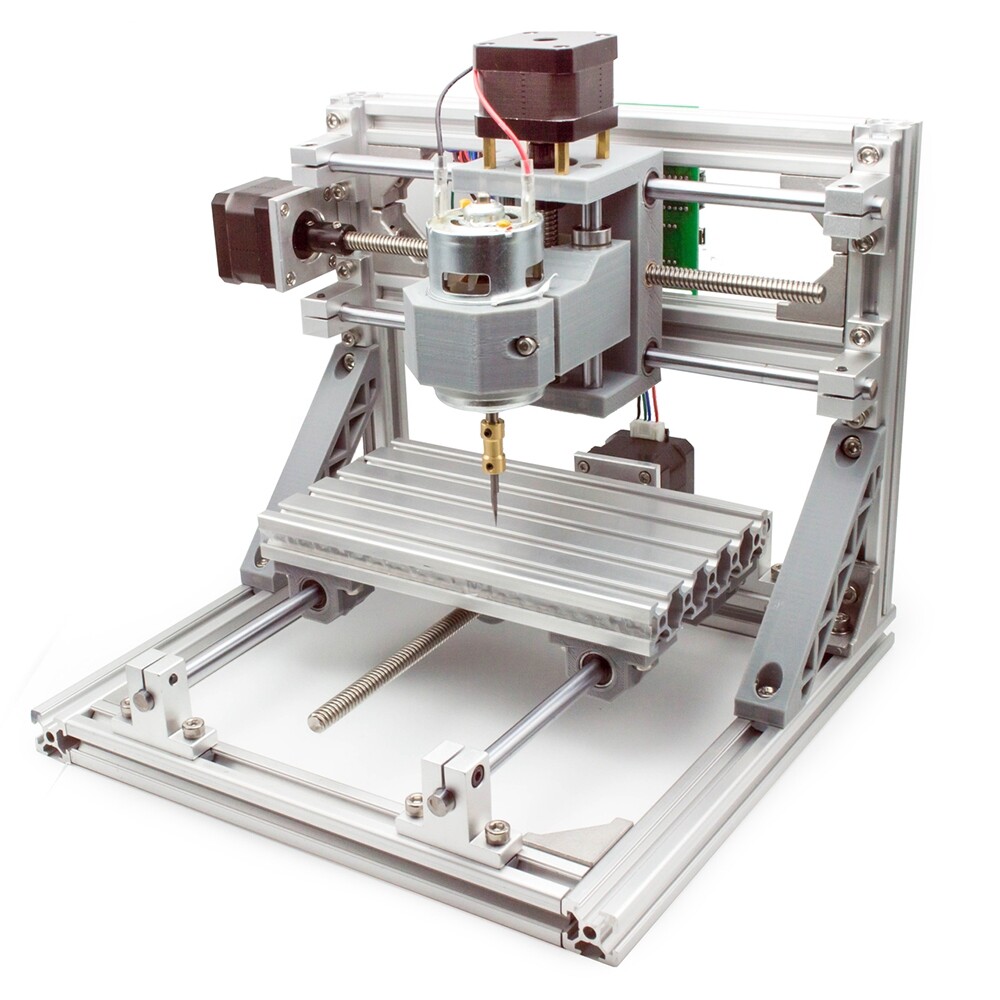 The ebay listing has a clever angle to hide this feature, but it’s the same.

P.S. Thanks goes to Ryan for making me aware of the micro-center mill in all its glory…

I’m sure the traverse speeds are slow but the frame looks pretty sturdy.
Be neat to get one and see how it does with Aluminum.
I’m not sure of the spindle tool mount. Looks like a locking set screw coupler. 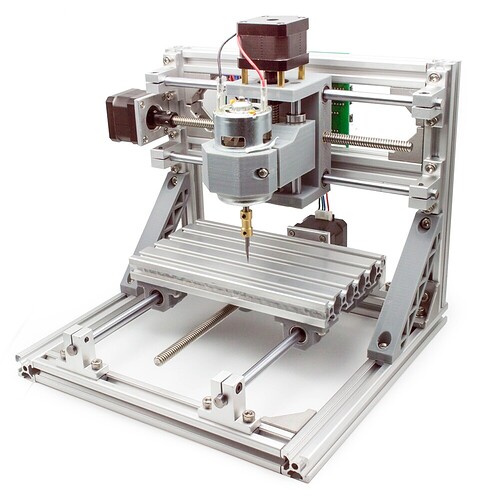 Maybe I’m an elitist, but a generic cheap DC motor and a brass coupler with set screw doesn’t exude quality and confidence.

There is mention of a laser engraving module, too!

Looks really cool ! Not a 'uge build area, though, (notice that the guy put the skateboard on a diagonal)

And I’m skeptical of anyone with a shop THAT clean!

Has anyone noticed yet that the spindle mount, the whole Z axis head, and the gussets are all 3D printed plastic?

I’m not saying it won’t work. I just sorta feel like buying a fully assembled machine made from 3D prints and spare parts isn’t very “maker-ey”.

And finally, as a product, it’s ingeniously efficient. If I were a Chinese 3D printer factory spitting out prusa i3’s (oh, and link-sprite does make a prusa i3 clone), I’d definitely produce this. Lets say that they’re using linear rod stock around 3m, but somewhat random with some being a bit longer (I think this is common, but I’m not a supply chain guy). So, if you’re cutting off 370mm, 350mm or 320mm rods from 3000-3200mm rods, you end up with a lot of leftovers not long enough to make an i3 rod. However, you would have pieces to make 200mm, 220mm, and 240mm from the leftovers. So, you make a 240 x 220 x 200 cnc with the remainder. Efficiency. Plus, you already do 3D printing to make those genuine-ish i3 frame parts, so why not use that too? Bravo.

The only major part that you would need to purchase separately from the i3 BOM is the spindle, so get a really cheap one…

This may all be conjecture, but it is an example of one really smart aspect of the rep-rap project. To keep things cheaper and simpler, designers tried to use as many of the same parts as possible (which could also be adaptable to other uses). This is why 808zz bearings, 8mm rods, etc are used in practically every derivative 3D printer design.

Would the cantilevered cutting arm affect the spark gap after a time?

Don’t know how critical the gap is for starting, cutting or finish.

If we wanted one for Hive use there are a few options that should be considered like auto height controls and torch break away. Either way CNC plasma machines are getting cheaper. I’m building one right now.

Also, it (obviously?) does not include the plasma cutting torch itself.