hey All,
we dropped off an A/C we got at the auction site for super cheap. No guarantees it works, but if it does, we can use it to replace one of the older less efficient ones or else put it in the annex. Cheers!

So I started taking it apart, and there seems to be a piece of the frame broken. 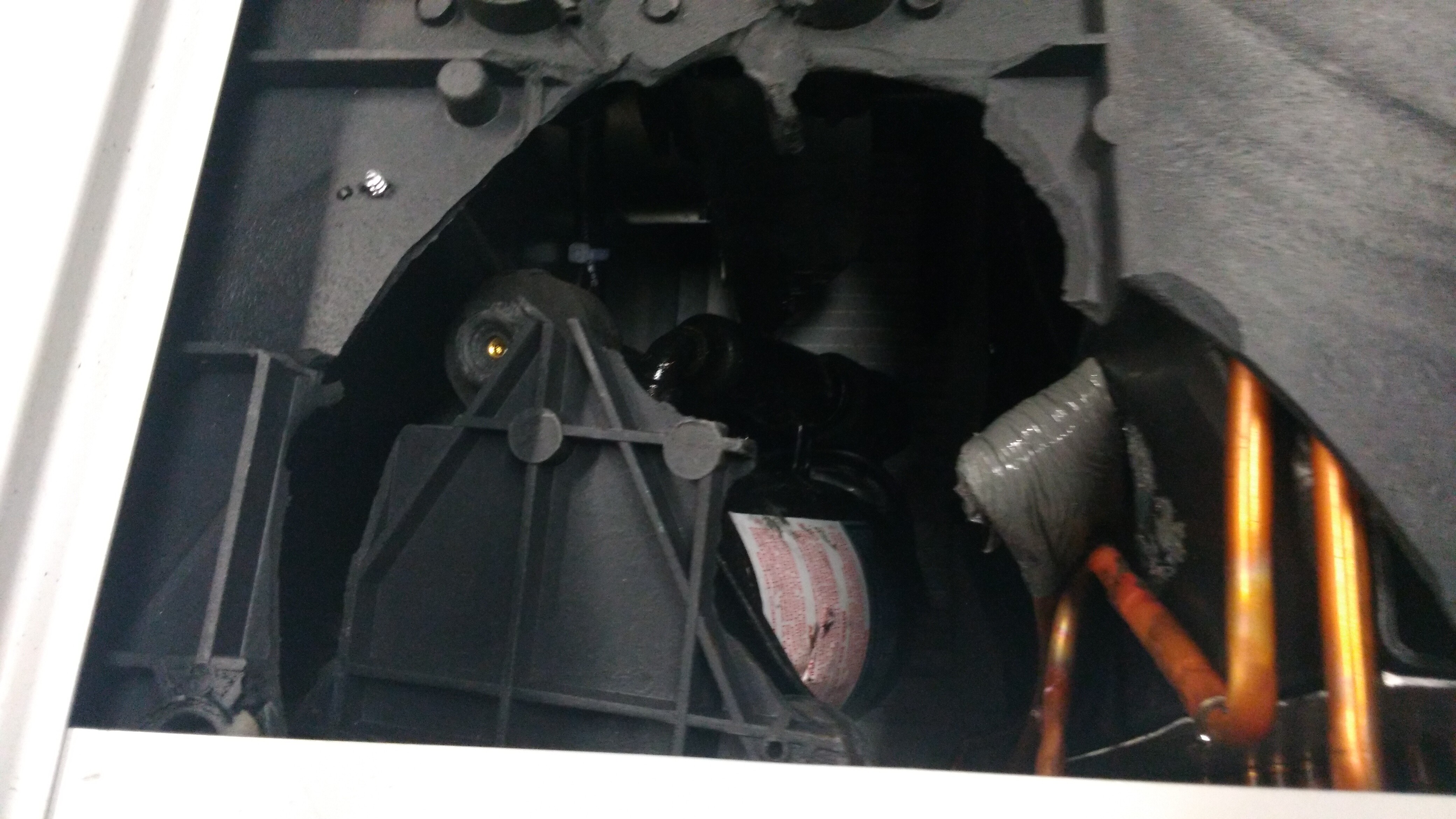 Anyhow good find and all the stuff with the house, work, and the new pup will be done in the next few weeks. I hope all is well for everyone down there. If no one has put a name on the sand blaster cabinet could someone please do so for me. It would help me out a ton even though it will take a bit a work.

that sandblaster cabinet definitly needs work, but for free/salvage you get the blasting gun and hoses, you could build a whole new cabinet around that,

Thats what im thinking. For alot of the vintage stuff to clean up to work on it would help and i have a compressor big enough to run it.

Dustin - is there anything attached to that piece of plastic? thats the underside of the a/c right? if thats the only piece that is broken theres a good chance it still works. I’m going to try and stop in this morning after I teach to take a look and work on it.
Tiff

Ok, as a heads up, I’ll be pitching the a/C unless someone wants it. Appears that copper pipe was disconnected from motor interior, so everything works but no cooling. If anyone wants it to charge at home, I’ll leave it for a week. Throwing out next Tuesday before the meeting. Attached are pictures. 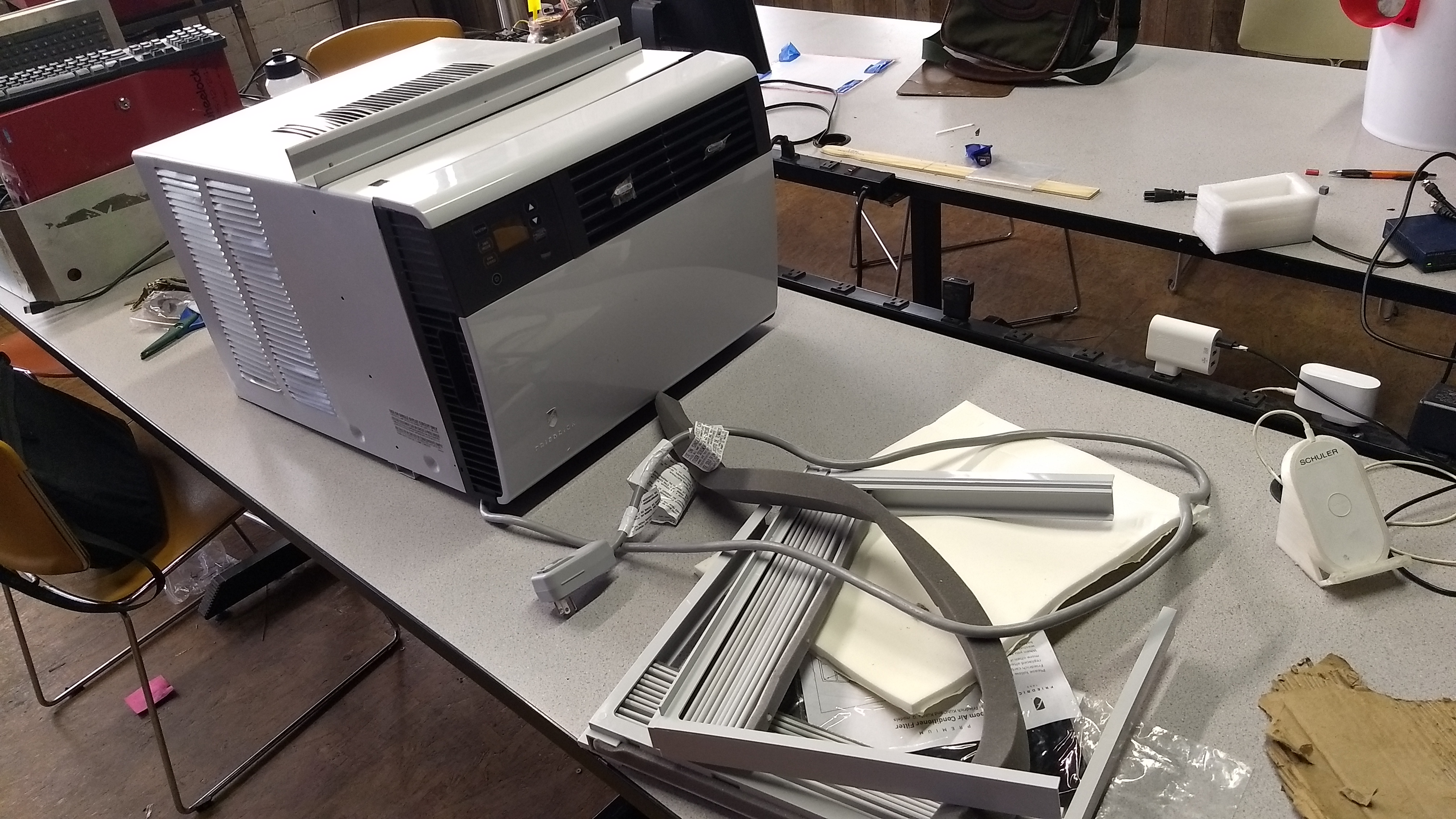 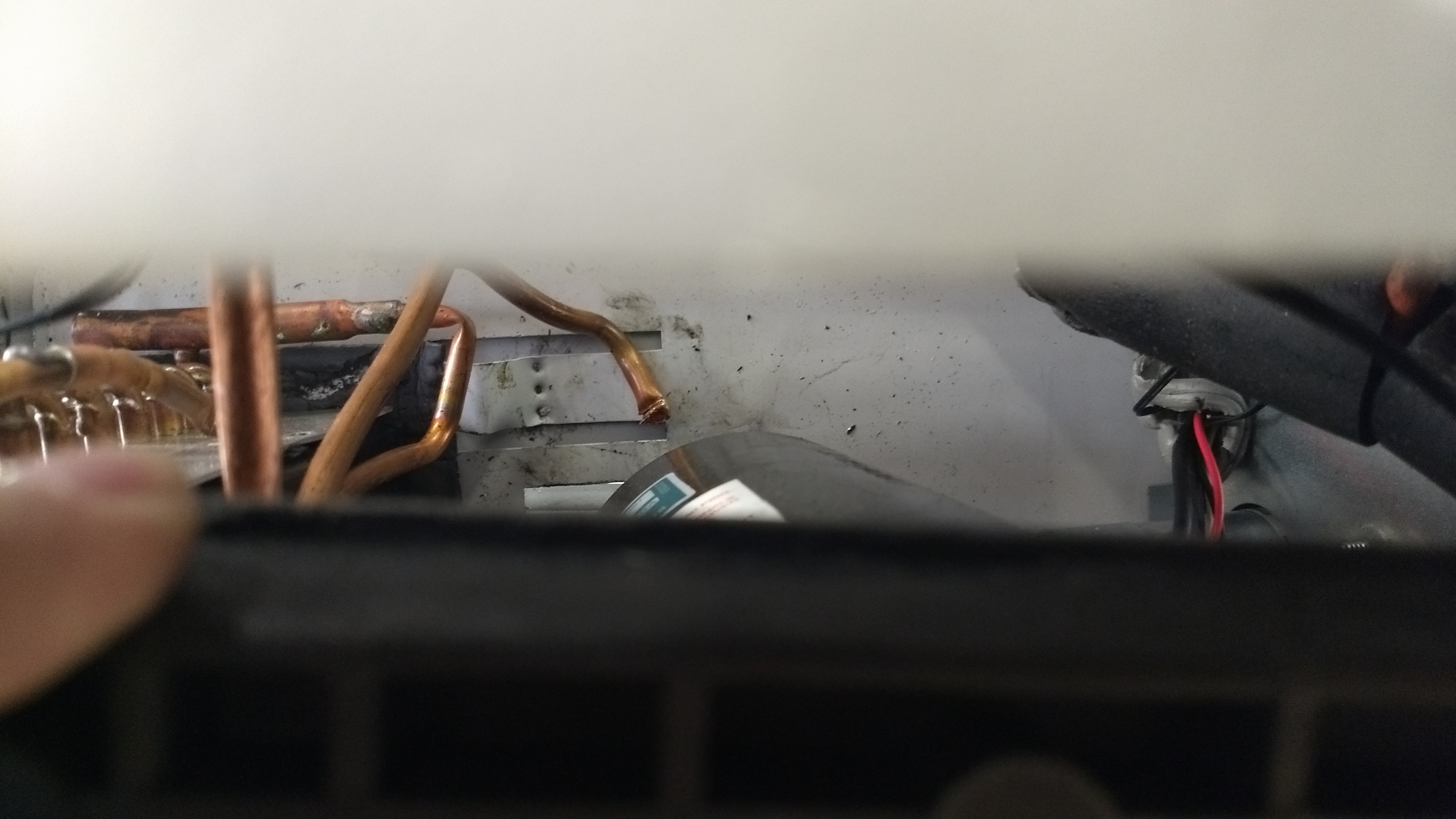 I’m assuming there is a working motor in there? If nobody wants the whole thing I’ll take the motor out before it gets tossed.

I’d suggest giving it a few days before parting it out. I know there’s a few folks who might be interested in it with the skills to fix it.

Now there will be a third line that looks as if its been cut and crimped seperate from the main loop high side and low side. Im desperately tdying to finish work and make it down, they are fairly easy to work on as long as board is not bad. Depending on refrigerant type i have r22 and 134 along with vac and fill gauges.

Oh awesome! It’s a nice one with a remote control and temperature setting. It turned on and the fan blew but it never kicked on the relay. I’d love to watch you work on it - never seen anyone vacuum/charge window acs.

We would just have to braze on a fitting

The Friedrich air conditioner has been sitting around for nearly a month now, so I’m moving it to shelf E on purgatory to reclaim the tables for general use. This will begin its 5 week journey out of the hive starting Tuesday.

This should be sufficient time for anyone interested in working on it to re-engage.

Sounds good. Thought someone had already taken it home.

If anyone has not taken it yet i will def grab it and take a look at making it work for the hive. I have some r22, 134, and 410 at the moment so im hoping if it did loose pressure it is one of those or compatible. I should finally be able to make it down for a meeting after being gone forever from things