This barrel is up for grabs. Only rule I have is it must leave the space! (I could be convinced otherwise if someone is really going to work on it) 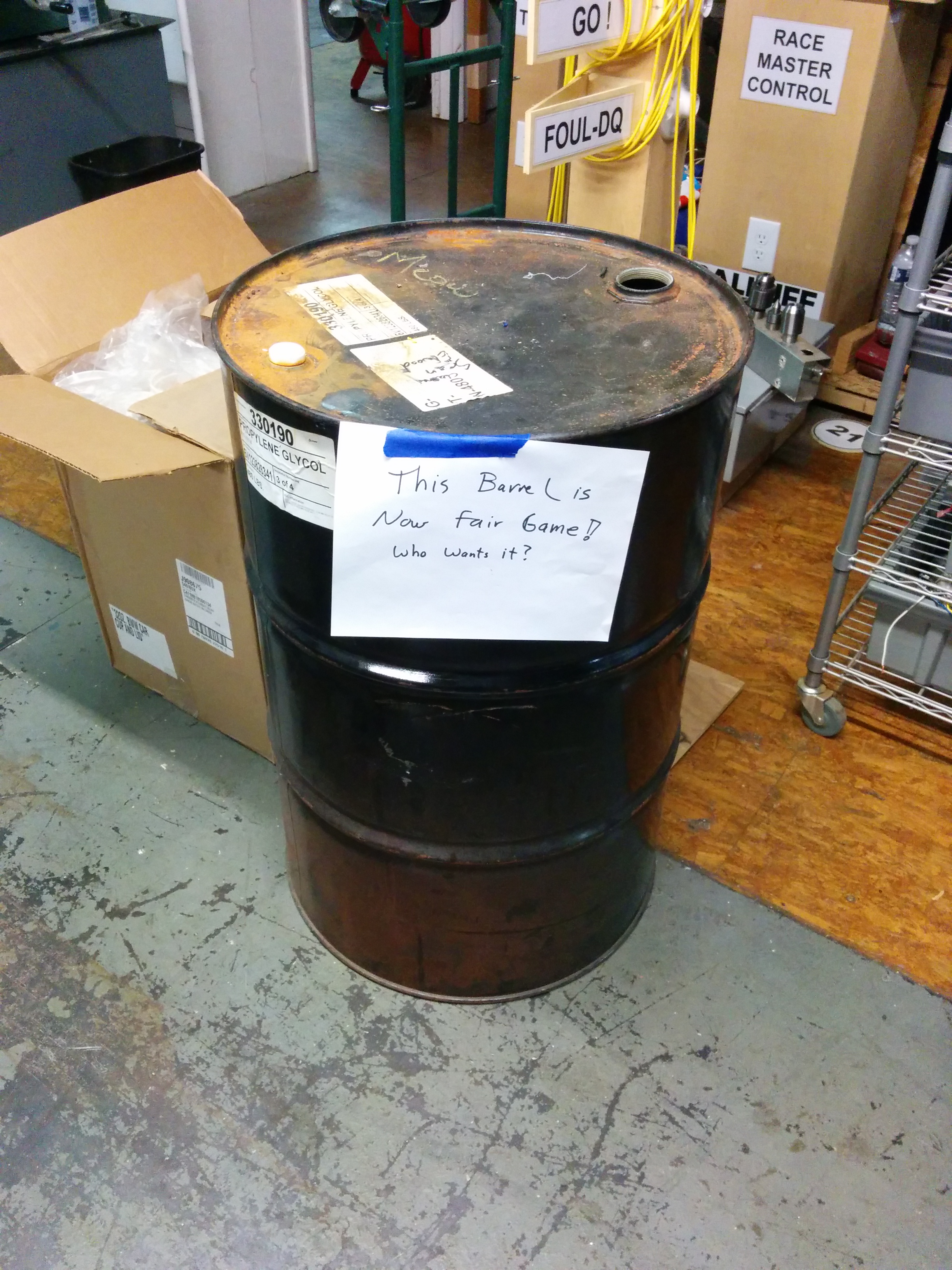 I had a quick hit plan for that barrel, I just had higher priority projects to do first.

Tell Dave Blundell (he brought it down here originally). I was just told that he said on Tuesday if no one took it in a few days he would be taking it back.

If you need help transporting… Ask. Otherwise it will be going to scrap or otherwise elsewhere.

I had no intentions of leaving something as large as a 55gal drum around the space for months when I brought it in.

I will be working on it next week, it should only be a week long progress at longest. I leave town today for the weekend.